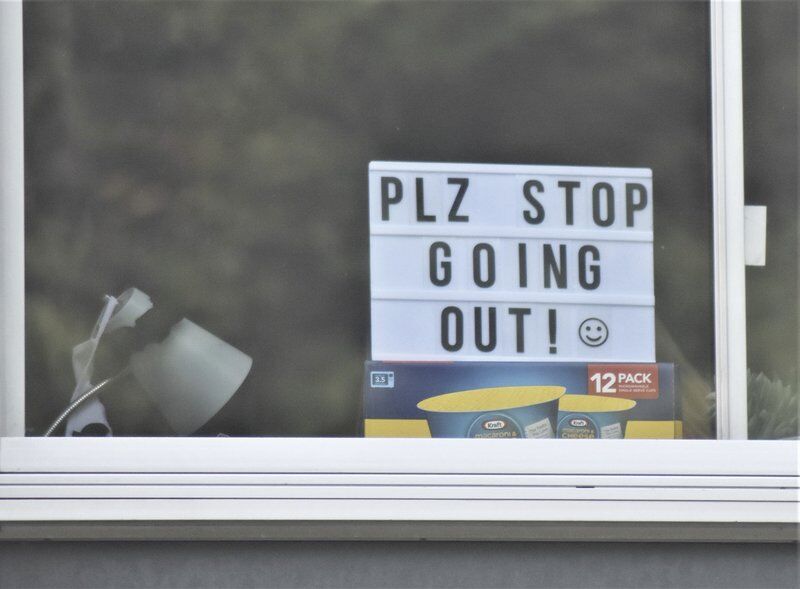 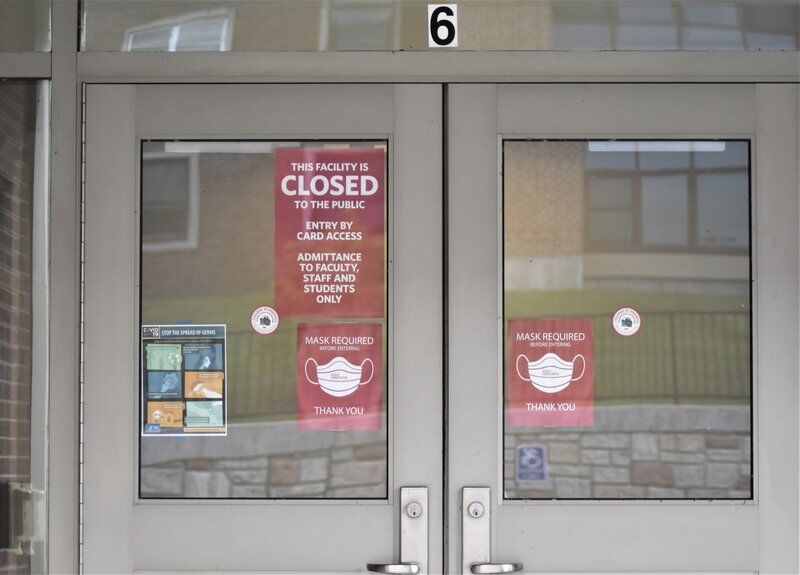 Sarah Eames | The Daily StarSigns posted at the front entrance of SUNY Oneonta's Lee Hall, shown Monday, advise that the building is closed to the public and that entrance by card access is permitted to students and staff only. Masks are required for entry. 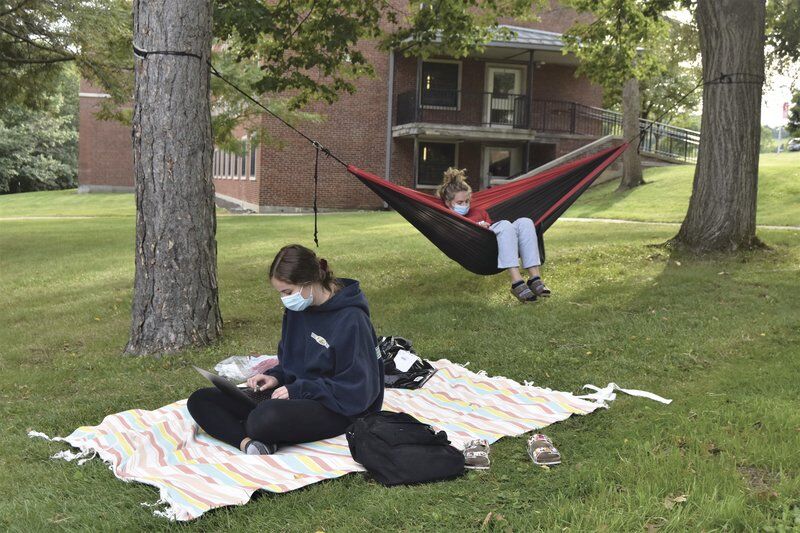 Sarah Eames | The Daily StarSigns posted at the front entrance of SUNY Oneonta's Lee Hall, shown Monday, advise that the building is closed to the public and that entrance by card access is permitted to students and staff only. Masks are required for entry.

In the wake of a Sunday announcement that SUNY Oneonta topped 100 confirmed COVID cases, the state deployed a team of more than 70 to assist campus officials with administering testing and contact tracing.

More than 2,000 SUNY Oneonta student residents have been tested for COVID-19 since Friday, accounting for about 9% of the student population, according to a Monday media release. The college aims to test the remaining 187 on-campus students this week.

Otsego County announced that 177 SUNY Oneonta student have so far tested positive for the virus.

All residents will have access to free 15-minute rapid testing beginning Wednesday, Sept. 2.

“This is remarkable progress,” said SUNY Oneonta President Barbara Jean Morris. “It was possible only because students responded to the call to be screened and staff selflessly volunteered to conduct our pooled testing in Chase Gym.”

Testing is required for all students both on and off campus, according to Kim MacLeod, the college’s associate director of communications. Testing is not required for college faculty and staff but is encouraged.

SUNY Oneonta is the first of the 64-campus SUNY system to implement wastewater testing, which indicates the volume of COVID RNA detected in feces, MacLeod said. SUNY Upstate Medical patented the technology and Syracuse and Cornell universities are assisting Oneonta with its implementation.

Wastewater testing can be used as a “first warning,” she said. “It was supposed to raise the red flag and it did.”

A “slight representation” of COVID RNA was detected in the wastewater during the first two days of classes, MacLeod said, “as if someone infected with COVID was a guest on this campus for a short time.”

Administrators were notified of the wastewater testing results at around the same time the campus’ first two cases were announced, according to MacLeod.

“The number of off-campus students with COVID might be why the representation was light,” she said, noting that the majority of COVID-positive students do not live on campus.

In accordance with the college’s reopening plan, which was approved by the state in July, pool testing was implemented on campus last week as the wastewater test indicated significant volumes of COVID RNA, MacLeod said.

Transitioning to exclusively online instruction was “something we were prepared for,” MacLeod said, noting that only 3% of classes were slated to be held in-person under the previous plan.

Campus buildings have been closed to the public since the beginning of the year. Because SUNY Oneonta is a public school, its grounds remain open to the public, MacLeod said, “but we wouldn’t encourage people to come at this time.”

“I commend the swift, decisive action from SUNY and Chancellor Malatras as we work to thwart this health threat and minimize the outbreak of COVID-19 in our community,” Sen. James Seward, R-Milford, said in a Monday statement. “The steps being instituted by SUNY will help protect the campus community along with those who live and work throughout Oneonta and the surrounding region. I urge everyone to continue to take this pandemic seriously and to follow recommended safety precautions.”

Between the Saturday announcement that five students and three campus organizations were suspended for violating the ban on large gatherings and the news of the exponential growth of new cases, MacLeod said students “got the message.”

A Saturday evening walk-through of the campus and surrounding areas by Oneonta Police Chief and SUNY Oneonta University Police Chief Jennifer Fila was quiet, MacLeod said. “There were noise complaints but when they investigated they didn’t warrant citations.”

In light of the two-week pause, SUNY Oneonta freshmen Morgan Foland and Cynthia Papaccio said they were both heading back home.

Foland, a Syracuse native, said all of her classes were already online before the campus was shut down and students were confined to their residence halls.

“The whole reason I came was for an experience,” she said. “But now most everyone has left.”

Papaccio, who is from Long Island, said she was disappointed in the college’s handling of the shutdown. Campus officials announced Sunday afternoon that the college’s food service contractor would deliver meals to the residence halls beginning with Monday lunch, she said, which didn’t arrive until 1:30 p.m. and left the students with few options for breakfast that morning and dinner the night before.

“It’s hard to cater to everyone,” she said.