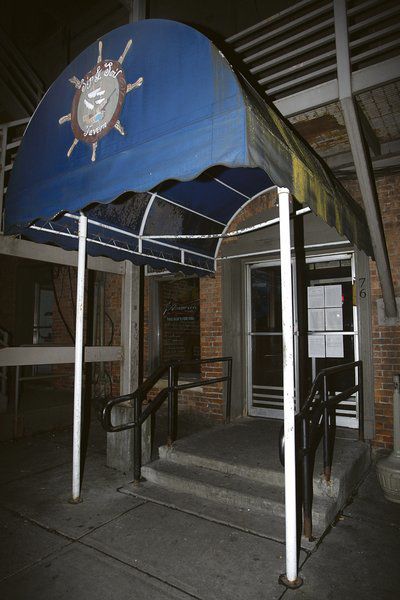 Julie Lewis | The Daily StarA notice of suspension is shown at the entrance to the Sip & Sail Tavern on Water Street in Oneonta on Wednesday. State Liquor Authority officials suspended the bar's liquor license earlier in the day. 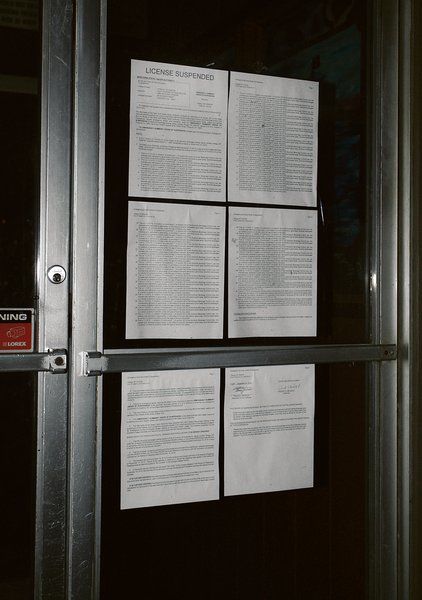 Julie Lewis | The Daily StarA notice of license suspension by the state liquor authority is seen posted in the doors to the Sip & Sail Tavern on Water Street in Oneonta on Wednesday.

Julie Lewis | The Daily StarA notice of suspension is shown at the entrance to the Sip & Sail Tavern on Water Street in Oneonta on Wednesday. State Liquor Authority officials suspended the bar's liquor license earlier in the day.

Julie Lewis | The Daily StarA notice of license suspension by the state liquor authority is seen posted in the doors to the Sip & Sail Tavern on Water Street in Oneonta on Wednesday.

An Oneonta bar has lost its liquor license after a raid on Friday found about 90% of its patrons were underage.

The New York State Liquor Authority summarily suspended the license of S & S Tavern of Oneonta Inc., doing business as the “Sip & Sail Tavern” at 80 Water Street in Oneonta Wednesday, according to William Crowley, a spokesman for the agency.

The suspension was ordered by SLA Chairman Vincent Bradley, Commissioner Lily Fan and Commissioner Greeley Ford at a meeting of the authority's board on Wednesday, Nov. 20. Effective immediately, no alcohol may be sold or consumed on the premises.

Crowley said complaints of underage drinking and sales to intoxicated patrons, led to a "compliance inspection" by investigators from the SLA, the state Department of Motor Vehicles, the New York State Police and the Oneonta Police Department. SLA undercover investigators entered the premises at about 11:40 p.m., observing nearly 200 patrons appearing to be underage crowded inside the bar with a maximum occupancy of 178. About 20 minutes later, with the bar packed beyond capacity with about 300 patrons, police and investigators secured the premises to begin checking identification.

"We close a place down, shut all the doors, and let all the people who are of age leave," Crowley told The Daily Star.

The investigation found that nearly 90% of the patrons were under 21, despite the bar’s policy of not admitting anyone underage. SLA investigators said they saw two direct sales to minors, in addition to obtaining 43 statements from minors who admitted to consuming alcohol provided by other patrons or purchased from bartenders. DMV investigators and OPD officers issued 138 appearance tickets to minors for possession of fictitious or fraudulent identification and confiscated 223 fake IDs, Crowley said.

“This licensee has displayed a disturbing indifference to the law by pursuing a business plan seemingly based on catering to minors,” Bradley said in a media release. “The SLA will continue to take immediate action against bar owners who fail to take basic measures to ensure their patrons are of legal age, including checking IDs, training employees and obtaining scanners to spot fakes.”

On Tuesday, Nov. 19, the SLA charged the Sip & Sail Tavern with 53 violations of the Alcoholic Beverage Control Law, including 47 counts of selling to a minor, exceeding maximum occupancy, failure to supervise and employing unlicensed bouncers.

Crowley said the agency had planned to do compliance actions at other Oneonta bars that night, but ended up spending all their time at the Sip & Sail.

The owner, Adrian E. Origoni, will have the opportunity to attend hearings regarding the suspension, according to Brenner. Those hearings will take place at the State Liquor Authority offices in Albany, Brenner said. He said he wasn't sure when the hearing would be.

The police department's role during the suspension will be to make sure there's no alcohol being served, consumed or brought into the establishment, Brenner said.

“If he still wants to open up and serve soft drinks and play music, he can certainly do that,” Brenner said.

Shweta Karikehalli, staff writer, can be reached at skarikehalli@thedailystar.com or 607-441-7221. Managing Editor Robert Cairns contributed to this report.