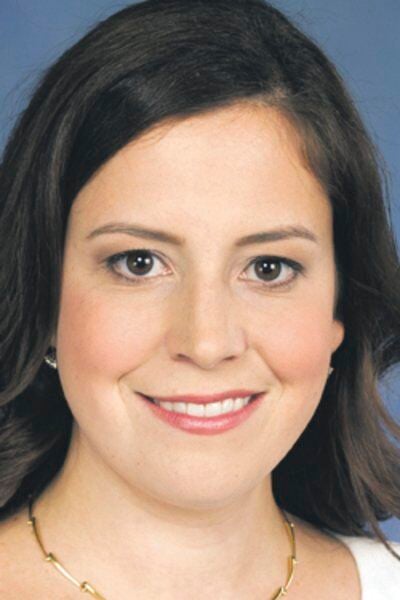 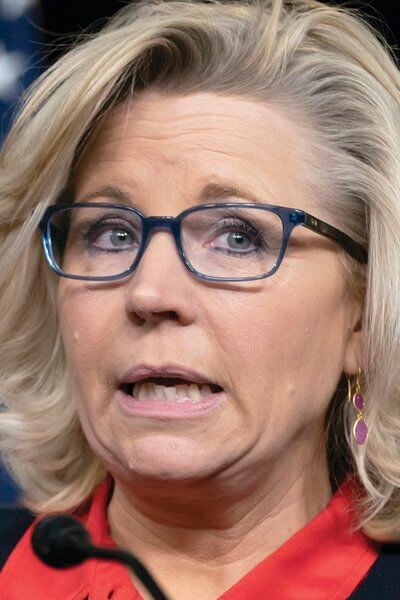 ALBANY — Rep. Elise Stefanik, R-North Country, gained steam Wednesday in her quest to become the next House GOP conference leader as former President Donald Trump hailed her as a "far superior choice" to Rep. Liz Cheney of Wyoming, who holds the influential post.

Republican House members are expected to vote next Wednesday on whether to install Stefanik in the position or retain Cheney, who has rankled some GOP activists when she became one of 10 congressional Republicans who voted to impeach Trump after the Jan. 6 riot at the nation's Capitol, which grew out of a protest.

Stefanik is a staunch supporter of Trump's policies and was one of the most outspoken congressional members countering the Democratic-led impeachment effort.

It was clear late Wednesday that Cheney is in no mood to retract her criticisms of Trump. In an op-ed piece published Wednesday afternoon by the Washington Post, Cheney accused Trump of “seeking to unravel critical elements of our constitutional structure that make democracy work — confidence in the result of elections and the rule of law."

Cheney released the essay one day after House Minority Leader Kevin McCarthy, R-California, said Republican House members have begun questioning her "ability to carry out her job as conference chair."

Losing the confidence of McCarthy left Cheney vulnerable because it was the Californian who elevated her in the first place. McCarthy has also been striving to show the party is unified heading into the crucial midterm elections next year while Cheney has continued to argue that supporting Trump and criticizing the election process that culminated with President Joe Biden's election will damage Republicans.

Stefanik is popular in her conservative northern New York district, easily winning re-election in 2016, 2018 and 2020. She criticized the Cuomo administration last year when it was planning to move ventilators from upstate hospitals to downstate health care facilities to deal with a projected surge in COVID-19 admissions, and regularly has sided with gun-rights supporters when restrictions on firearms were advanced in Albany.

Having Stefanik in a leadership post could be enormously helpful to New York at a time when Republicans like their chances of retaking control of the House in the 2022 election, said John Faso, a former GOP congressman and 2006 gubernatorial nominee from Columbia County.

"Elise is very smart and a very hard worker," Faso told CNHI. "I have known her for many years. She has a good sense for policy and direction."

Ironically, voting records analyzed by Rollcall, a congressional news publication, indicate that Stefanik showed more independence on Trump policies than Cheney has. In 2019, Stefanik voted in line with Trump positions 61% of the time while Cheney supported those stances 97% of the time, Rollcall reported.

Veteran New York GOP strategist Vincent Casale of Cooperstown said the tea leaves in Washington point to Stefanik emerging as the next Republican House conference leader, the third-highest position in leadership, behind McCarthy and Scalise, respectively.

"Elise solidified her position as the heir apparent with the Trump endorsement today," Casale said.

Rep. Claudia Tenney, R-New Hartford, announced her support for installing Stefanik in the leadership role, while Rep. John Katko, R-Syracuse, said he favors keeping Cheney in place. In January, Katko and Cheney came out in support of impeaching Trump, arguing he had incited the Jan. 6 riot at the U.S. Capitol.

"The R.I.N.O.'s (Republicans in Name Only) who voted against Trump are sticking together," said Thomas Dadey, a former Onondaga County Republican chairman who is an enthusiastic supporter of Stefanik.

But the conservative Wall Street Journal, in an editorial Wednesday, advised Republicans to leave 2020 in the past, distance themselves from Trump's claim the election was stolen and sharpen their message in opposition to Biden's policies for the 2022 midterms.

"Purging Liz Cheney for honesty would diminish the party," the newspaper said.

The push to remove Cheney, if she has not stepped down from the position by that time, is expected to culminate May 12 when the House returns to session. The Republican conference is expected to convene in private, and a motion on the conference chair position would have to be presented to the members.

Commenting on the maneuvers to replace Cheney, Gov. Andrew Cuomo, the state's top Democrat, argued it shows the Republicans failed to learn any lessons from the defeat of Trump.

“I think they are still continuing with their hyper-conservative, divisive politics,” Cuomo told reporters in New York City. “And I think that mean-spirited, hyper-conservative mentality is not representative of the United States of America.”

Meanwhile, the National Republican Campaign Committee is mapping plans to add 10 new Democratic House incumbents as targets in the coming election cycle, including four members of the New York delegation.

The move comes with a looming redistricting effort set to revamp the territories of House seats, with New York due to lose one of its 27 seats because of sluggish population growth.

"Every House Democrat is facing an uphill battle having to defend their toxic socialist agenda that prioritizes trillion-dollar tax hikes on the middle class, opens our borders, closes our schools and defunds the police," Rep. Tom Emmer of Minnesota, the NRCC chairman, said in a statement.

In Cooperstown, Casale said Republicans have a strong chance to pick up House districts in upstate New York next year and have an imprint on the push to return the lower chamber of Congress to GOP control.

"Any strategy for taking back the House has to go through New York," he said.

As for the fate of individual districts now under Democratic control, much will depend on whether redistricting leaves them absorbing a cascade of GOP voters, he acknowledged.

Joe Mahoney covers the New York Statehouse for CNHI’s newspapers and websites. Reach him at jmahoney@cnhinews.com

JEFFERSON - Howard F. Schrumpf, 92, of Jefferson, went home to meet his savior he loved and served so faithfully on June 12, 2021, at the Valley View Manor Nursing Home of Norwich. Howard was born in Pennsauken, New Jersey, on Jan. 13, 1929, the son of Foster and Myrtle (Walker) Schrumpf. Fo…