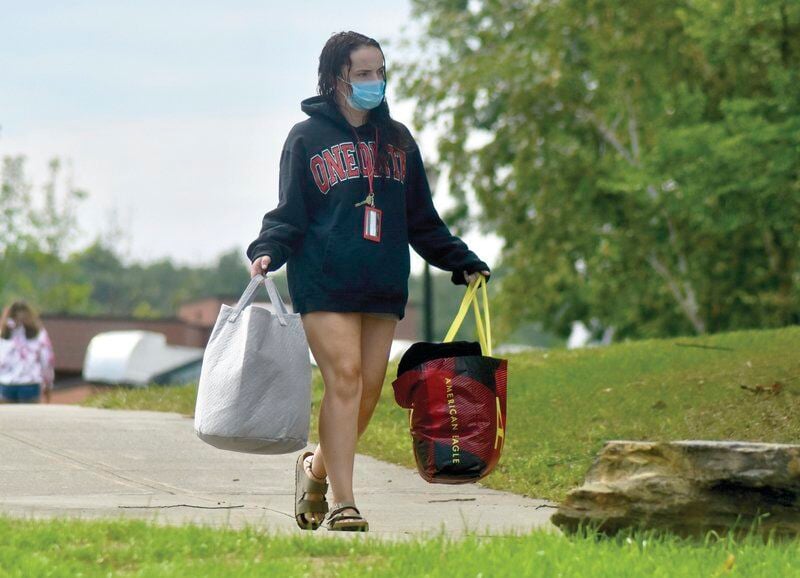 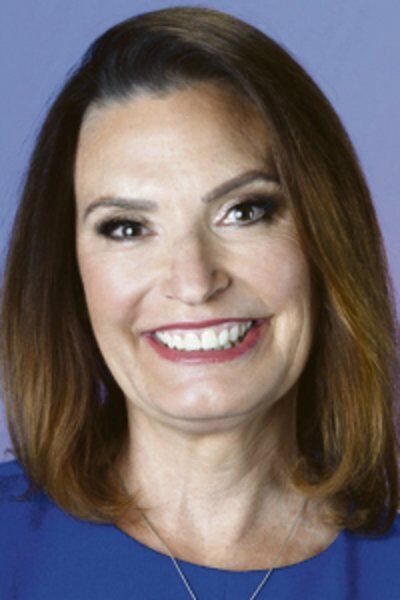 All SUNY Oneonta students living on campus who haven't tested positive for coronavirus were reported to have moved out of their dorms by Monday night, according to SUNY Oneonta President Barbara Jean Morris, who provided an update to the Oneonta COVID task force during its Monday meeting.

SUNY Oneonta reported 54 new COVID-19 cases among students Monday, Sept. 7, bringing the total since the start of the fall semester to 651, according to Morris. No employees have tested positive to date.

A total of 139 students are isolating on campus and 43 are in quarantine on campus awaiting test results.

Hartwick College announced Monday that an 11th student tested positive for COVID-19, according to President Margaret Drugovitch. Of the 169 students in quarantine, 138 are on campus, while most others are at home with families.

“It’s been very difficult, but I’ve seen people really come to understand how important that is,” Drugovitch said.

Drugovitch announced that the Otsego County Health Department recommended that students residing in Smith Hall self-quarantine after a cluster of cases was detected there.

“We don’t know what the connection of the spread is,” said Otsego Public Health Director Heidi Bond, noting that COVID spread was observed among congregate living spaces at SUNY Oneonta.

“There’s no way for us to understand how much contact had occurred between our students at Hartwick and students on the SUNY campus,” Drugovitch said.

Addressing a photo that circulated over the weekend of at least a dozen unmasked students in Tobey Hall, which has been designated as a quarantine space for COVID-positive students, Morris said that students identified may be subject to judicial review.

“We’re not going to put students in places where we have a large number of infected students,” she said. “It’s not uncommon. That’s how dorms are.”

Franklin Chambers, SUNY Oneonta’s vice president of student affairs, asserted the effectiveness of suspensions as a deterrent to reckless or harmful behavior by students or organizations.

“Typically it’s something we don’t like to resort to, but these are extraordinary times,” he said.

Students who have been suspended are barred from academic and extracurricular activities until their cases are adjudicated, Chambers said. If the suspended student is found guilty through the judicial review process, they will be suspended for the remainder of the semester and will not be entitled to refunds for tuition or room and board.

“Although the residence halls are closed, the campus is still operating, the fall semester is still in session and we will hold students accountable as if we were still an in-person institution,” Chambers said. “Our student code of conduct is still applicable even though we are remote. Any activities that take place in the city, if we are aware of it, we will adjudicate it as if we were having in-person instruction.”

Otsego County Representative Danny Lapin, D-Oneonta, asked Morris if the college is enforcing the requirement that COVID-positive students or those in quarantine remain on campus until they test negative.

Although on-campus testing is available to all SUNY Oneonta employees regardless of residency, Morris said that the college “cannot mandate that a student who is not taking in-person classes or using our facilities" to take a test, and that officials are promoting a “strong campaign” for students to be tested.

Five additional Hartwick students were placed on administrative leave over the weekend for violating campus policies and COVID protocols, Drugovitch said, bringing the campuswide total to eight students who are banned from campus and from taking courses this semester.

At least one ticket has been issued for trespassing on campus, which has been closed to the public since Aug. 28.

Hartwick College recently instituted a policy of stopping students on campus and asking for their college IDs, Drugovitch said. “It’s not a very Hartwick thing to do. It’s not something in my 12 years as college president we’ve ever had to do.”

“Our success really depends on the good judgment of every individual in our community,” she continued.

Hartwick College is expected to announce a decision this week regarding a potential extension of its two-week mandate for online-only classes, which is set to expire Sept. 15.

“I’m really thankful that despite the last two weeks we’ve all been through something awful we seem to have acted together in a way that was swift to prevent this from really spreading out of control throughout the community,” said Oneonta Mayor Gary Herzig. “I want to thank everybody. Even if you did nothing more than wear a mask outside, you helped. We’re clearly not out of the woods. We have some real challenges ahead of us. As we go forward, it’s either going to be that we all win or we all lose. We’re all in this together.”

All but one of the 32 new COVID-19 cases reported Monday, Sept. 7, were linked to SUNY Oneonta, according to the Otsego County Health Department. The other case is not connected to either of the colleges.

A total of 807 confirmed cases in the county were reported Monday. Of those, 685 are SUNY Oneonta students or close contacts of students. Eight cases are linked to a high school gathering.

A total of 1,965 tests were conducted last week at the three state-run rapid testing sites throughout the city, according to Bond. Ninety-one tests yielded positive results — a 4.6% positivity rate. Of those individuals, 85 were between the ages of 18 and 24, an age range which was found to have an 11.5% positivity rate.

No residents are currently hospitalized, according to a media release. The county conducted 512 tests Sunday, Sept. 6.

“We’ve only seen a very few cases in the community over the past weeks,” Bond said. “It’s early yet, but we don’t see any community transmission from this outbreak.”

Delaware County reported two new COVID-19 cases Monday, bringing the countywide case total to 114. Of those, 102 are recovered, six are isolating at home, none are hospitalized and six are deceased, according to a media release. Seventy-eight individuals are under mandatory quarantine and none under precautionary quarantine. To date, the county has conducted 15,192 tests on 6,956 individuals.

Two new COVID-19 cases were reported Monday at SUNY Delhi, bringing the campuswide total to six. The college did not conduct any tests Monday and has conducted six to date.

Chenango County has not released a COVID-19 update since Sept. 4, when 230 total confirmed cases were reported, four of which are active, according to a media release. Two individuals are hospitalized, 206 have recovered, seven are deceased and 78 are in quarantine. The county has conducted 23,481 tests to date.

SUNY Cobleskill, which is reporting new COVID cases on a weekly basis, reporting one new case during the week ending Sept. 4. Nine students were reported to be in quarantine, four of which are at home or otherwise off-campus.