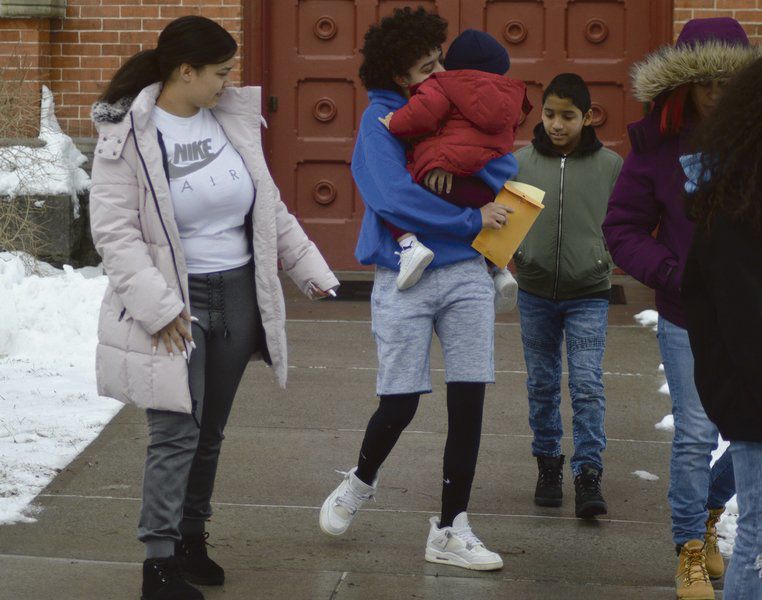 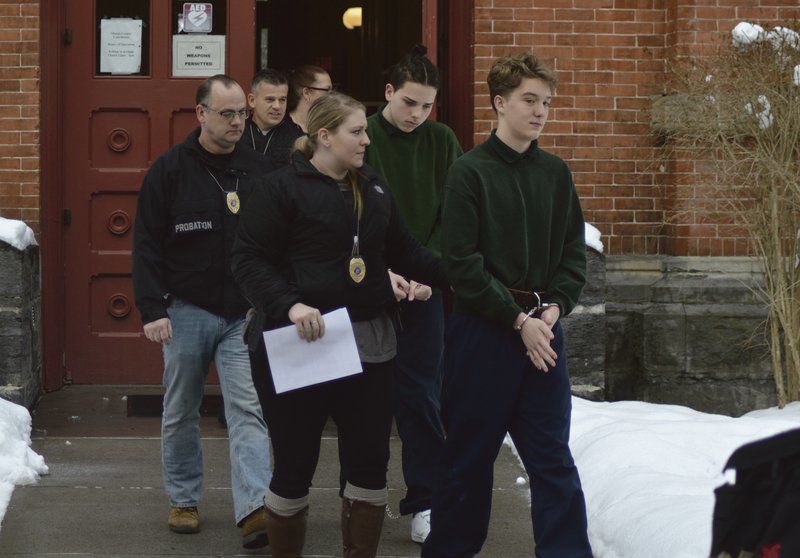 COOPERSTOWN — When five teenagers and an Oneonta resident pulled into the driveway of Kenneth Robinson’s Worcester residence the night of Oct. 10 with the intent to rob him, murder was never part of the plan, Otsego County District Attorney John Muehl said at an arraignment Thursday.

“I think it’s pretty clear they didn’t go in there to kill anybody — it just sort of happened,” Muehl said of the defendants. “That’s why they’re charged with felony murder — that’s the commission of a murder in furtherance of another felony.”

Soto was released to the custody of her parents Thursday after Judge Lambert lowered the bail amount from $25,000 cash to $2,500.

Muehl consented to the bail reduction on the condition that she report to the probation department Wednesday to be fitted with an ankle monitor, at her family’s expense, to track her whereabouts until her next court appearance.

“If they’re willing to do that — given the fact that she’s local, she has the support of her family, and what I know now about the crime — I would consent under those circumstances,” he said.

“Since the original arraignment on the felony complaints, we’ve done a lot more investigating and we’ve received a lot more evidence,” Muehl said. “As the court knows, the sole purpose of bail is to ensure the defendants return to appear in court when they are required to do so.”

Kenneth Robinson was found dead in the threshold of his home when emergency personnel responded to reports of a fire on Oct. 10, according to investigators. Prosecutors allege the suspects were attempting to rob him of $5,000 in cash and marijuana.

At a Nov. 1 hearing, Judge John F. Lambert ordered that the criminal cases against two other suspected accomplices — Alexis Lottermann, 16, of Walton, and Tatiana Febo, 17, of Downsville — be transferred to Otsego County Family Court, where they will be prosecuted by Otsego County Attorney Ellen Coccoma.

During an Oct. 16 felony hearing for Meridy, New York State Police Investigator Ronald Lussi testified that the 32-year-old claimed to have fired his gun accidentally while Dylan Robinson fired the shots that killed his father.

“As these cases progress — first you know it’s a homicide, but then their statements come through and you kind of figure out what each person’s involvement was — some people are much more involved than others,” Muehl said.

He noted that although Dylan Robinson, Borggreen and Meridy were indicted on the additional charge of third-degree arson, Soto was not.

Muehl said he agreed to Soto’s bail reduction in light of the Raise the Age law, which diverts 16- and 17-year-olds with felony charges to secure juvenile detention facilities instead of jail as they await trial, noting the difficulties associated with the defendants’ non-local incarceration.

“If she was in our local jail here, she could sit there,” Muehl said. “But our governor has come up with this Raise the Age thing, and this kid is sitting out in Buffalo with no support, nothing. She can’t talk to her attorney — how is she supposed to even know what’s going on? I feel that it’s a very unfair position that they’re in.”

“It’s also important to me that I see her parents here in court every time that she’s here — she seems to at least have the support of her parents to keep an eye on her, and she has no prior criminal history,” he continued. “Even though I’m a prosecutor, you have to have a heart — it’s always good to have a heart.”

Attorneys for Robinson and Borggreen reserved their right to submit written requests for bail reduction at a later date. Lambert advised the attorneys that if their clients are granted bail, they will also be ordered to wear ankle monitors.

“If any of you fail to appear when you are ordered to do so, or if you are arrested for violating any state, federal or local laws, I am advising all of you that when you are returned to court, I will not be bound by the terms of the bail set here today,” Lambert warned the defendants. “Further, any bail that you have posted will be forfeited — you will not get it back. A warrant will be issued for your arrest, and if you get brought back in front of me, you can bet bail will be higher.”

Muehl said there is no need for the defense to serve a demand for evidence discovery, noting that his office received the complete case file from state police earlier in the week and promising to provide copies to each attorney by next week.

Robinson, Borggreen and Soto are scheduled to reappear in Otsego County Court on Jan. 13 at 11 a.m. to discuss plea bargain offers, Muehl said.

Meridy is scheduled for arraignment on Monday, Dec. 9, at 9 a.m.

COOPERSTOWN — Nicolas Meridy, the 32-year-old Oneonta resident indicted for his alleged involvement in the death of Worcester resident Kenneth…