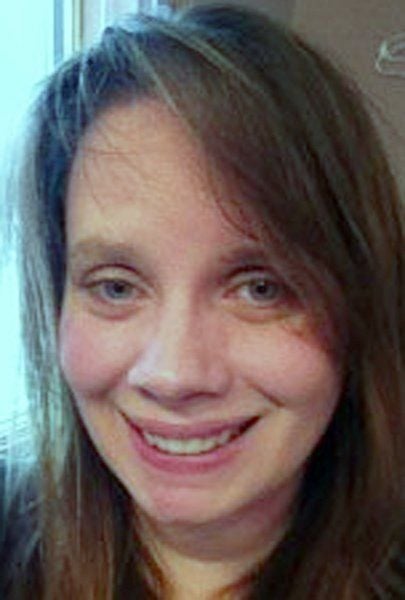 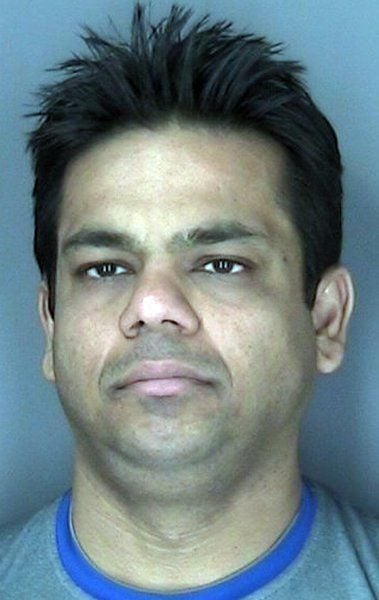 Five weeks before she was allegedly murdered, Jennifer Ramsaran complained that her husband, Ganesh “Remy” Ramsaran, was treating her best friend as his “trophy wife,” the lead investigator in the homicide case testified Tuesday in Chenango County Court.

The testimony by Chenango Sheriff’s Department Lt. Richard Cobb appeared to contradict a series of claims by Ganesh Ramsaran that his wife was oblivious to the passionate extramarital affair he had been having with Eileen Sayles.

Cobb said Jennifer and Ganesh Ramsaran were arguing via text message Nov. 6, 2012 when the former referred to Sayles as the husband’s “trophy wife.”

A former work-from-home project manager for IBM, Ramsaran, 39, of 473 Sheff Rd., South New Berlin, is being tried on an indictment charging him with second-degree murder in connection with the alleged Dec. 11, 2012 killing.

Much of the testimony from Cobb — the prosecution’s final witness — dovetailed with District Attorney Joseph McBride’s argument that the motive for the alleged murder was Ganesh Ramsaran’s obsession with Sayles.

The latter became the defendant’s workout partner in early 2012 before he made a pass at her in the basement home gym of the Sheff Road home some eight months before Jennifer Ramsaran vanished, according to Sayles’ testimony last week.

Also noted by investigators, Cobb testified, was the fact that Ganesh Ramsaran had deleted a number of files from his iPhone from November and December 2012 before turning the device over to authorities, Cobb said.

When asked to explain why he did that, Ramsaran responded that the device had run out of memory, so he got rid of those files, Cobb said. But the investigator also noted that people often delete older files, not newer ones, when the memory becomes full.

Admitted into evidence Tuesday by Chenango County Judge Frank Revoir were a series of taped jailhouse phone calls that Ganesh Ramsaran, 39, placed to Sayles beginning in June 2013, less than four months after Jennifer Ramsaran’s frozen corpse was found in Pharsalia.

In one conversation, Ganesh Ramsaran told Sayles, “I love you with all my heart and my soul,” later adding: “I want to see you pregnant with my child.”

He also told her he was eager to help her resolve her financial problems, suggested they begin planning their elopement and encouraged her to move into the Sheff Road home.

“I was hoping you would move into our home,” he said. “It’s just sitting there.”

In another lengthy phone call to Sayles, Ramsaran made no reference to his late wife, instead using up his chat time to make derisive comments about the police officers who investigated the murder. He also complained that The Daily Star was reporting detailed information about the homicide that had gone beyond what was being noted in police press releases.

On June 8, 2013, The Daily Star reported that Sayles, according to Ramsaran’s then-defense lawyer, F. Stanton Ackerman of Albany, was standing by him despite the fact he had recently been charged with killing her closest girlfriend.

In the end, however, Sayles became a reluctant prosecution witness who acknowledged while fighting back tears that she was only testifying because she had been held in contempt of court.

While Sayles drove Ramsaran from the Norwich YMCA back to his house at about 1:15 p.m. on Dec. 11, 2012, investigators said she was not involved in the death of Jennifer Ramsaran. The killing had allegedly taken place approximately five hours earlier inside the Sheff Road house.

In the taped phone conversations played for the jury of nine men and three women, Ramsaran also complained about being confined to the county jail, telling Sayles he hoped to make bail soon.

“This place is a hell-hole, and I miss you,” he said. “I miss you so terribly. Tell me that you miss me. Please.”

He also promised Sayles he would treat her much more reverentially than how she was dealt with by her now-estranged husband, who is not a witness in the case.

As for his own future, Ramsaran at one point expressed confidence that he would be quickly exonerated, but almost in the same breath considered the possibly that his jail stay could be extended. “They’ll figure it out,” he said. “They have to — or I’m up the creek without a paddle.”

Defense lawyer Gil Garcia said he was renewing his objections to the admission of the jailhouse recordings. A pretrial suppression hearing had been held on evidentiary matters, with Revoir closing that proceeding to the public and sealing his decision that flowed from it. Thus, it was not immediately clear if Garcia had sought to suppress the tapes.

On the day Ramsaran was charged with the murder, May 17, 2013, Cobb said he and Detective Kevin Powell invited him to the sheriff’s department headquarters just south of the city of Norwich and advised him for the first time that he was now suspected of killing his wife.

Cobb said that when Ramsaran was asked what he did at his house after returning from dropping his children at school that morning and having breakfast, he replied that he had been working at home on the Lotus Notes program. Cobb said the examination of the computers in the house found that claim to be unsubstantiated.

Ramsaran also revised his initial accounts of the route he said he took to run from his house to the Norwich YMCA before arriving there at 12:44 p.m. on Dec. 11, 2012.

It was also amid that May 17 interview, Cobb said, that Ramsaran was first apprised that his images did not show up on several surveillance camera films taken by nearby businesses that day, and that he was only seen in video obtained from the YMCA. And that showed him entering the gym from a direction opposite from the one he would have arrived from had he taken the route he said he had taken, Cobb said.

“That’s the only video I’m on?” Cobb quoted Ramsaran as asking.

Ramsaran was also confronted with the fact that Jennifer Ramsaran’s iPhone had connected with the home wireless network inside their Sheff Road house at 10:57 a.m. on Dec. 11, 2012, several minutes after he said he had sent an email to a coworker, an email that he said came after her departure from the house that day, Cobb said.

Ramsaran then revised his earlier stories, speculating that his wife’s phone may have connected with the wireless network while she was still in the driveway, and suggesting she could have been putting her shoes on after he thought she had left the residence to go shopping, Cobb testified.

The husband had also denied during the interview that Jennifer Ramsaran had ever referred to Eileen Sayles as his “trophy wife,” Cobb said.

With investigators telling him his alibi was unraveling, Ramsaran, Cobb said, showed a “completely different” demeanor, and became “upset, irate and sarcastic.”

He also voiced strong criticism of his late wife, the lieutenant said, knocking her for “being addicted to that (expletive) game.” That was a reference to the Kingdom of Camelot, the online game authorities said she had been playing with a man in England before her participation ended without explanation at about 8:15 a.m. on Dec. 11, 2012.

Ramsaran also told his interrogators that Jennifer Ramsaran had stopping cooking for her family and had stopped cleaning the house, Cobb said.

At that point, Ramsaran had not been furnished with the results of the autopsy by the Onondaga County medical examiner, said Cobb. As a “prop” for the interview, Cobb said, he brought along a file, filled with blank pages.

“What’s in there?” he quoted Ramsaran as asking. “How did she die?”

Ramsaran was advised that investigators believed he was responsible for the murder, the lieutenant said. To that, Ramsaran responded, “I never harmed my wife,” Cobb recalled.

When Ramsaran was told he was being placed under arrest, he initially refused to sit down, Cobb said. Then Undersheriff James Lloyd then entered the room and, with the interview at an end, Ramsaran was frisked, Cobb said.

Under cross-examination, Garcia asked Cobb if he ever delved into a lead, apparently presented by Jennifer Ramsaran’s online gaming partner in England, to look into an individual only identified as “the stalker.”

“We didn’t find anything that led us to a specific person,” Cobb said, adding later: “We followed up on everything we could.”

He also said the investigation found no one entangled in any disputes with Jennifer Ramsaran, other than her husband. The lieutenant suggested the victim was “isolated” in South New Berlin, and Sayles was one of her only friends.

Garcia’s cross-examination of Cobb is scheduled to resume this morning, after which McBride is expected to rest the prosecution’s case.