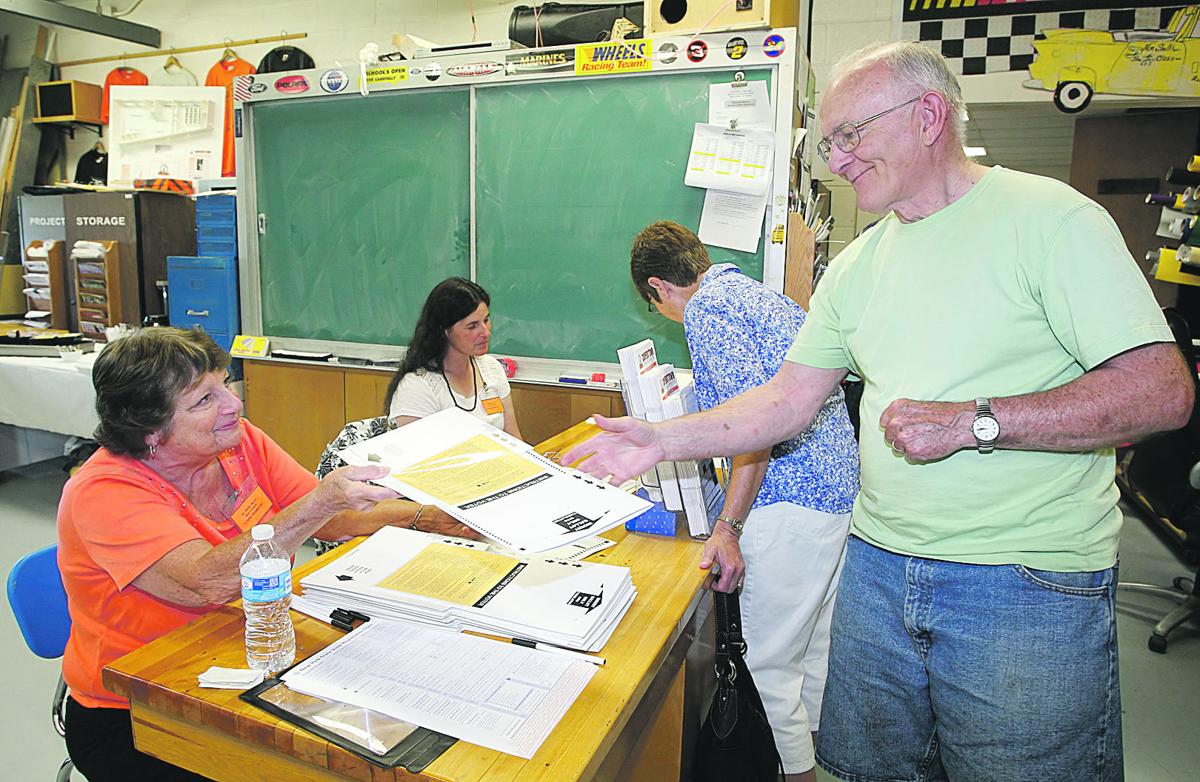 Election Inspector Jo-Anne Weir hands a ballot to voter David Fundis, as his wife, Kathy signs in behind him with voting inspector Donna Sell, at the Cooperstown Junior and Senior High School on Tuesday. 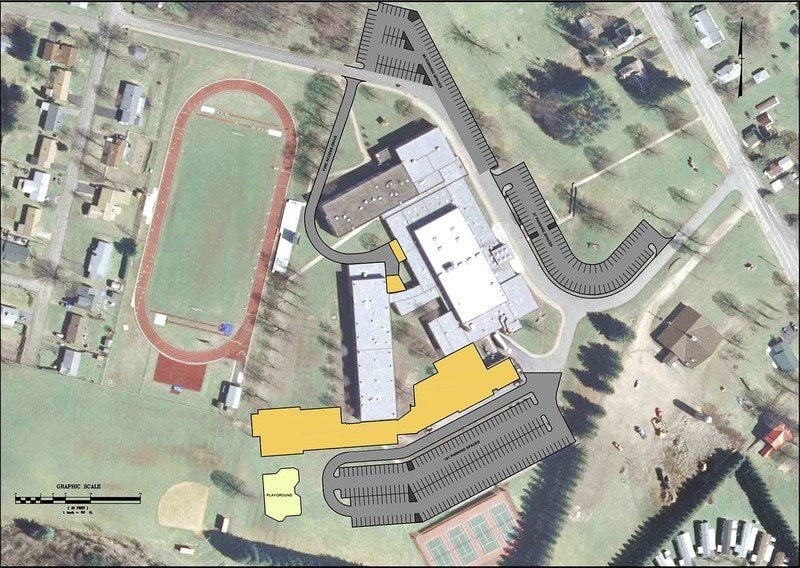 Election Inspector Jo-Anne Weir hands a ballot to voter David Fundis, as his wife, Kathy signs in behind him with voting inspector Donna Sell, at the Cooperstown Junior and Senior High School on Tuesday.

Walton Central School's proposed budget of $21 million*, and a building project, were defeated by voters Tuesday night. Other districts in the local area reported that their budgets were approved by voters. View complete results at http://tinyurl.com/kt95j2q

"The Board of Education will now have to decide the next step,” Walton Superintendent Roger Clough said in a media release.

“If the board chooses a contingent budget, we must eliminate $123,489 in the taxes,” Clough said. “The Board of Education will have to decide where those cuts come from or if fund balance will be used to make up the difference.”

“We are disappointed that the community didn’t support this project,” Clough said. “We had a wonderful opportunity to eliminate flood worries, as well as give our kids better educational tools without having to raise taxes.

“The opportunity has passed,” Clough continued. “Moving forward, the Board of Education will have to decide what the best course of action is in regard to Townsend Elementary.”

At Roxbury Central School, the budget was approved, but a building project was defeated by a vote of 169-193.

Unatego Central School, which was one of the few districts in the state to propose a tax levy increase above the state cap, had its budget approved by voters. Unlike other districts that required a simple majority, Unatego needed approval by at least 60 percent of voters.

School Superintendent David Richards said with the vote 250-74 in favor of a budget that called for a 1.9 percent tax levy increase, “I’m thrilled with the support of the community. It means we will be able to continue with current program and staffing.”

At the same time, “we are closing a $1.2 million deficit,” without further depleting the fund balance.

“I’m thrilled with the support the community has show the district,” Richards said. “The message got out loud and clear that we are turning things around and doing everything we can to make this the best school district.”

If the budget had been defeated, and the district forced to go on contingency, $260,000 in cuts would have been imposed.

At Sidney Central School, where voters approve a $25.6 million budget that called for a reduction in the tax levy of 0.78 percent, Superintendent Bill Christensen said: “We’re pleased with the support of voters,” who approved the budget by a vote of 289-71.

With a building project approved by a vote of 252-107, ”we’re excited” that voters saw the need for the latest capital construction, Christensen said.

“We’ll sit down next week with the architect to start the planning," he said.

Delaware Academy Central School Superintendent Jason Thomson said there were about 100 more people voting this year than average. The budget was approved 317-92.

“People wanted to come out and support what we are doing. It’s a testament to our staff," he said. “We’re very grateful for the continuing support of the community.”

At Oneonta City School District, the budget was approved 386- 112. Both incumbent board of education members ran unopposed.

Superintendent Joseph Yelich said: “I’m thankful the community sees a willingness to support the budget.” The stability on the board of education is helpful in continuing to make progress, he said.

The results for Walton Central School were not available by 10:30 p.m. Besides a $21 million budget that called for a tax levy increase of 1.84 percent, voters were deciding on a $23.5 million building project that would build a new elementary school at the main campus to replace the current flood-prone structure. Officials said because the district has retired other debt, the project would not increase tax rates.

*Editor's note: This story was edited at 11:10 a.m. May 20 to correct the proposed budget for Walton Central School. The figure was incorrect because of an editor's error.

The following information was provided to The Daily Star by local districts. All results are…

ONEONTA - Colleen M. Gallusser, 89, went to be with the Lord on Nov. 27, 2021, she passed at Chestnut Park Nursing Home, Oneonta. She was born Oct. 21, 1932, in Willoughby, Ohio, the daughter of John and Della Mae (Wilson) Kistler. Colleen graduated from the Andrews School for Girls in Willo…

ONEONTA - John W. Truscott, 80, passed away Thursday, Nov. 25, 2021, at home surrounded by his family. He was born March 12, 1941, in Oneonta the son of the late Donald W. and Dorothy J. (White) Truscott. John graduated from Delaware Academy and then the Albany Business College. A lifelong a…