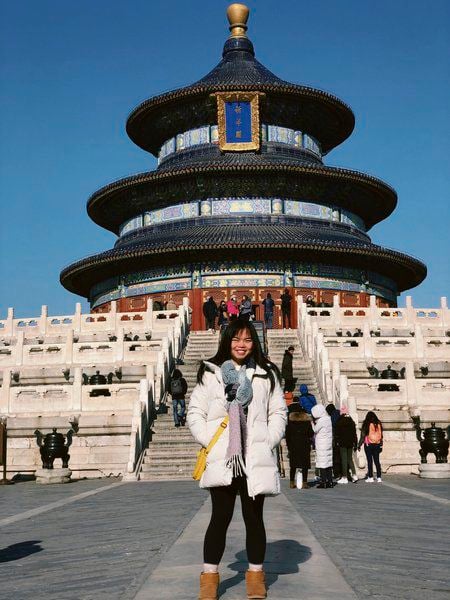 ContributedChristina Huntress stands in front of Tiantan, also known as the Temple of Heaven, in Beijing, China, on Dec. 31. 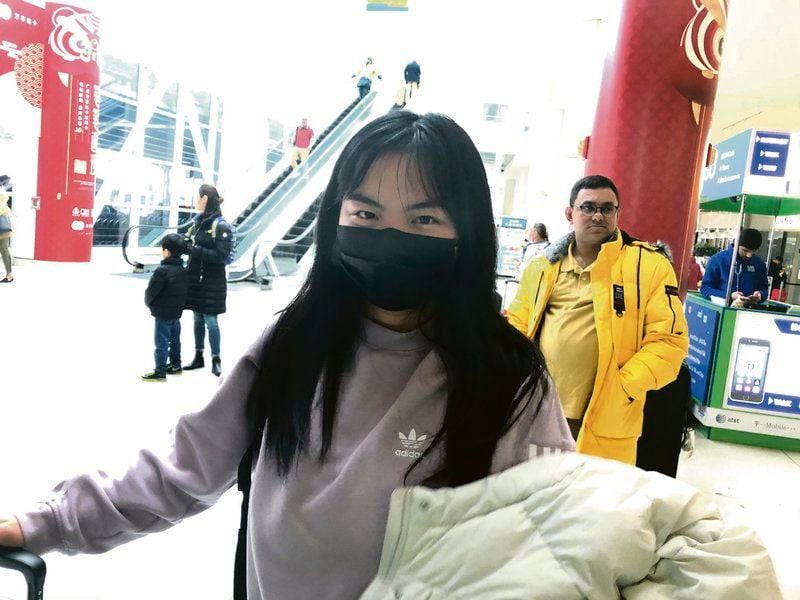 Christina Huntress is seen in the John F. Kennedy International Airport after her travels on Feb. 9, 2020. Contributed 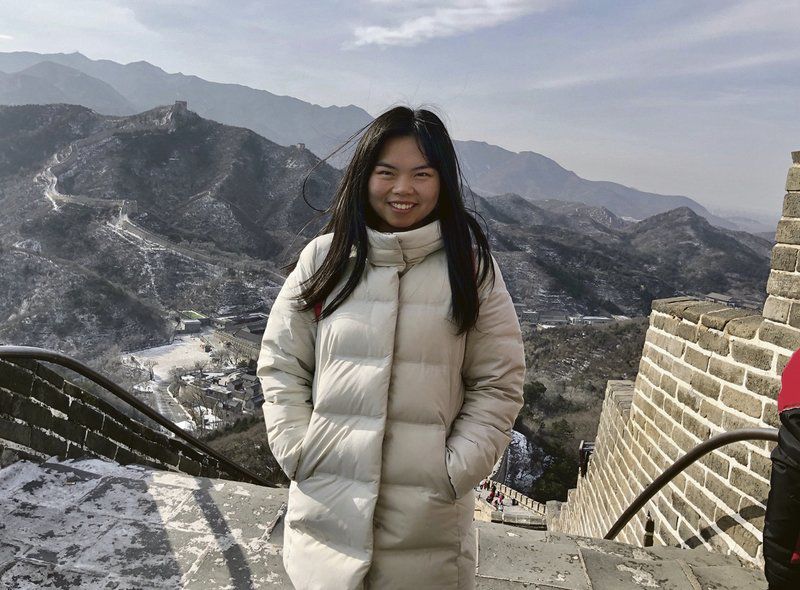 ContributedChristina Huntress stands at the Great Wall of China in Beijing, China on Dec. 25, 2019.

ContributedChristina Huntress stands in front of Tiantan, also known as the Temple of Heaven, in Beijing, China, on Dec. 31.

Christina Huntress is seen in the John F. Kennedy International Airport after her travels on Feb. 9, 2020. Contributed

ContributedChristina Huntress stands at the Great Wall of China in Beijing, China on Dec. 25, 2019.

Nineteen-year-old Christina Huntress of Walton said she was looking forward to improving her Chinese and traveling with her sister when she arrived for a volunteer trip in Tianjin, China, in August. However, four months in, she was on a plane home upon recommendation from the state Department of Health after the outbreak of a new virus in China.

Her mother, Sue Huntress, contacted the department with questions, she said.

Though Huntress has no coronavirus symptoms and Tianjin is more than 700 miles from the outbreak’s epicenter, she consented to a voluntary 14-day quarantine agreement with Delaware County Public Health when she got home Sunday, Feb. 9. The number of new cases of the new coronavirus — named 2019-nCoV — in China have dropped, the Associated Press reported Tuesday.

Of the 12 confirmed 2019-nCoV cases in the United States, none is in New York state, according to the federal Centers for Disease Control and Prevention. But local health departments, following guidelines from the state Department of Health and the CDC, must still act in an abundance of caution.

Warner said peaking flu levels are the overriding concern in the community. The CDC estimates there have been at least 10,000 deaths from the flu, 180,000 hospitalizations and 19 million flu illnesses this flu season, which generally begins in the fall and can last as long as May.

Huntress was volunteering with Shepherd’s Field Children’s Village, an orphanage in Tianjin. There, she taught English to children, she said. Getting to teach kids with a vibrant picture board was her favorite part, she said.

“We made the board so colorful and artsy and they really liked that,” Huntress said. “It made me happy knowing how they know a lot of English.”

Huntress said she was happy to give her time to a worthwhile cause. She was adopted from China when she was 5 years old, she said, making this experience more personal for her.

“My favorite part of my time in China was getting to know the kids that I have taught,” Huntress said.

Before returning to the United States, Huntress walked along the Great Wall of China on an cold and windy December day, visited Cambodia and explored the city of Tianjin with her roommate, which she counted as one of her favorite memories from her trip.

“My roommate and I rode the train to Tianjin,” Huntress said. “We went to the Tianjin Eye and then slept the night at an Airbnb. The next day we went to visit the ancient cultural street and walked to another tourist area called the Drum Tower.”

As cases of the virus continued to increase, she recalled having to have her temperature taken in public places, restaurants shutting down and Chinese New Year celebrations being halted in Tianjin.

“I was coming back from Cambodia when all this happened,” Huntress said.

However, she said she didn’t feel like she was in any kind of danger, extending sympathy to those in areas the virus is hitting hardest. The death toll in China is now more than 1,000, according to the Associated Press.

“I feel bad for the people in Wuhan and for other cities that are affected,” Huntress said. “They can’t see their families during Chinese New Year.”