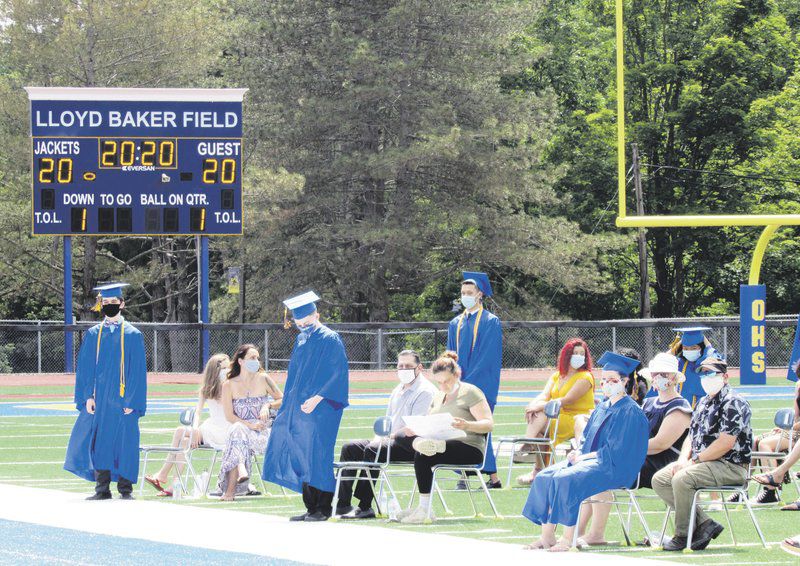 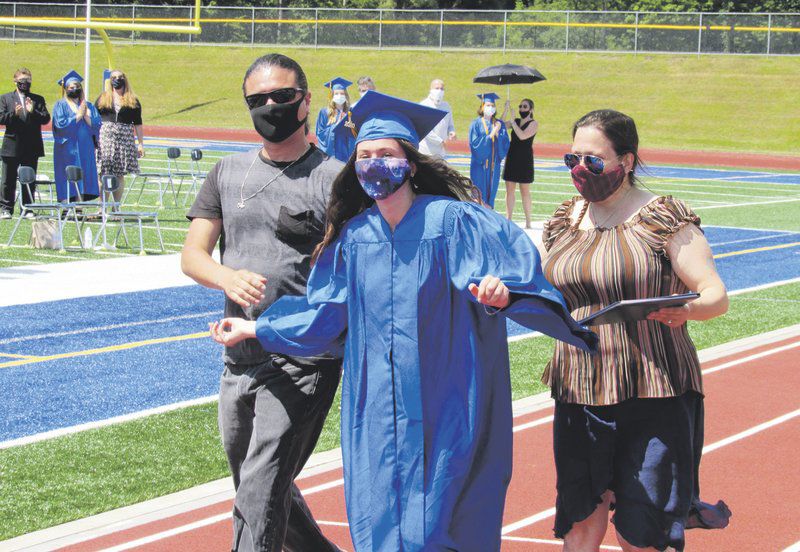 Oneonta senior Luna Vega celebrates with her family after receiving her diploma Monday, June 29, at her high school graduation. 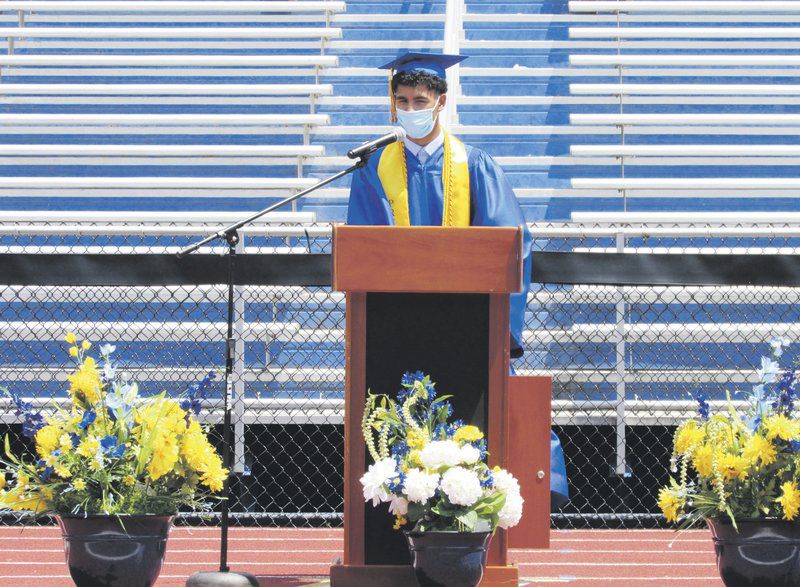 Oneonta senior Luna Vega celebrates with her family after receiving her diploma Monday, June 29, at her high school graduation.

The graduation, on the school's Lloyd Baker Field, was divided into three ceremonies to allow for social distancing for the graduates and two guests. The graduates were grouped alphabetically, with the first group attending a ceremony at 9 a.m., the second at 11:30 a.m. and the third at 2 p.m.

When Monday was hot with a breeze, school officials expressed relief that the postponement had paid off.

Despite being split into thirds, the graduates received the same messages Monday, including OHS principal Anne Wolstenholme telling the students she wanted to sing some Joe Cocker for them.

"I am so glad to see you all," Wolstenholme said. "I have missed you so much.

Oneonta City School District Superintendent Thomas Brindley said he is filled with hope for the class of 2020, hope for the future and, also, a hope that they have no regrets from their senior year, which was altered by the coronavirus pandemic.

"I hope that you all recognize the fact that you didn't leave anything unfinished here at this school, even though it might feel as though you did," Brindley said. "You did plenty. I hope you know that even with a short senior year, you have left the Oneonta High School better than you found it."

OHS Valedictorian Alexander Bitterman told his classmates how he never imagined when he left school Thursday, March 12, that his time within the school would be over. He said as a result he has learned to appreciate little things more.

"We have learned, more than most senior classes I suppose, to take absolutely nothing for granted," Bitterman said, "and I think because of that we will all have a deeper and more durable gratitude for even the mundane things in life once they return to us."

Bitterman said he also learned perspective from the pandemic.

"Now, if you had told any of us on March 12 that for the rest of the year we'd be able to sleep a few extra hours in the morning, eat what we want, wear what we want and be online all day with our friends, I don't think many of us would have complained," he said. "However, having the pandemic coerce almost constant screen time on us for our education, it has given us unique insight into the huge shortcoming of technology when compared to the irreplaceable value of a caring teacher and motivated students in a real classroom."

Wolstenholme confessed to the graduates that she is a fan of The Hallmark Channel and she quoted a movie where the main character uses a line from a Mary Oliver poem to inspire students.

"'Tell me what is you plan to do with your one wild and precious life,'" Wolstenholme quoted, and she asked her students to focus on that idea rather than bitterness about what they have lost to the pandemic.

Class President Graham Wooden said he loved his classmates and wanted them to know he thought this year's class had a special bond.

"Even though those past few months had some unexpected events, it is important for all of you to be proud of yourself," Wooden said. "Celebrate and reflect on the memories and accomplishments you made here at OHS. You all have earned your way to be here. You all have battled adversity and maybe even done things you did not think you were capable of. Again, be proud and cherish this moment, because this is the experience that makes the end of an amazing journey and the start of a new one ahead of you."