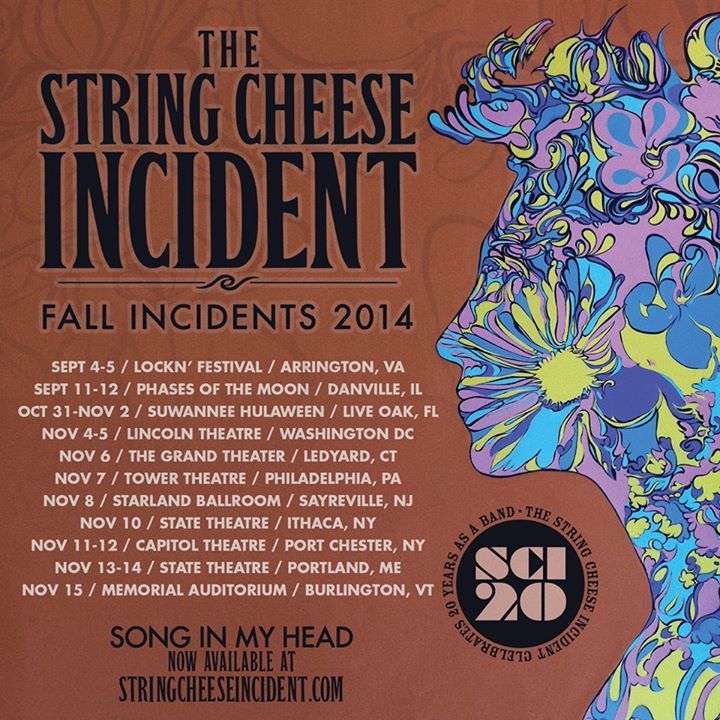 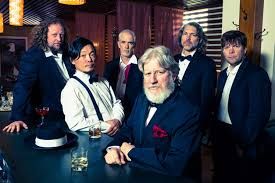 One thing you learn living in a college pizza town is that you can never put enough cheese on it.

This holds true in music, too, There are few greater pleasures than adding some Cheese to my day, significantly more so if in person.

Recently, I joined a friend for birthday celebrations, (she used to couchsurf my place with some regularity) and she told me she missed the crash and most especially the “Cheesy mornings.” She seemingly had become a certified fan after I woke up the place to the String Cheese Incident every single morning — loudly.

My favorite thing about SCI is its vast array of talents and styles. It is composed of Keith Moseley on bass, Michael Kang on acoustic/electric mandolin, electric guitar and violin, Michael Travis on drums, Bill Nershi on acoustic guitar, lap steel guitar and electric slide guitar, Kyle Hollingsworth on piano, organ, Rhodes and accordion, and Jason Hann as auxiliary percussion. With no definitive front man, there is no alpha, no ego, taking the members' vocal harmony to the next level of the team concept of harmony. Rock, reggae, blue grass, electronica, country, funk, jazz, psychedelia and the list goes on, the genre coverage is practically limitless, the talents world class, the message is positive, and the shows are life-changing.

Here’s what Keith had to say about the Northeast fall tour, getting back on the bus, collaborations and cheese and crackers:

Q. It’s rare that you tour the Northeast. We want more Cheese. Why are Northeastern tours so sparse?

A. We haven’t played a lot after taking a break in 2007. Since then we’ve been ramping up, mostly festival work. This will be the first time in a while we’re back on the bus touring as a band.

Q. Last time SCI was in New York it was my birthday, early December at the beautiful United Palace Theater in Harlem. What do you like about playing in New York?

A. New York is always nice. I enjoy the East Coast, getting out of our element. For me, it’s exciting to be back on the bus, to be all about the music. I don’t have as many friends and family on the East Coast, so it makes it the band, the music, and the fans.

Q. Upstate or the City?

A. The city is intense. It’s good in small doses. But I prefer it upstate, it’s more like home.

Q. Do you have a favorite venue?

A. We’ve played so many and it’s been so long to remember a specific favorite, but I’m excited to play the Capitol Theatre in Port Chester with all of its history and reputation.

Q. I saw SCI at Lockn’ this year. The Cheese and the Gang set was one for the books. That festival is incredible. What has been your favorite festival to play at?

A. Lockn’ has been unique, paring up with J.T. Taylor from Kool and the Gang, and Zach Brown last year; it’s been a memorable experience. Electric Forest is like nothing else — the production and the grounds are incredible. Hangout is a unique location being able to watch the shows with your feet in the sand. Playing the first Bonnaroo ever was also memorable. Fuji Rock in Japan. All the High Sieras we’ve got to play.

Q. Speaking of collaborations like the ones at Lockn’, who else would you want to play with? Some I’d personally love to see are David Bryne, David Bowie, Robert Plant…

A. We have a wish list, all of those people are currently on it. We had a collaboration with Lauren Hill this year at Electric Forest; that was nice. We continue to pursue these avenues, but it depends on the artists touring schedule and availability.

Q. Any hints as to others that are on the list?

A. We’re all big Talking Heads fans, so of course we’ve talked about David Bryne. A lot of other classic performers, Willie Nelson, Steve Miller, members of the Grateful Dead.

Q. About the crowd and the fans, which setting do you prefer? Festival, outdoor, indoor, arena, theater?

A. I like it all, and for different reasons. Festivals are unique because of the larger crowd, they’re not all specific fans, so we tailor our music differently to the festival crowd, it’s more like a Greatest Hits set. Likewise, it’s nice playing our shows where we can dig deeper into our musical repertoire, maybe play some rarities we haven’t played in awhile. Theaters and clubs have their own positives too, the energy is condensed into a smaller space, it can be pretty incredible.

Q. How do you feel your fans differ from coast to coast?

A. I don’t know that there’s much difference. Certainly, when we come, East People come out and show us a lot of love.

Q. Is there anything you’d like to tell your fans here in the Northeast? Anything we can expect while you’re visiting?

A. We’re excited to play stuff off of the new album since the last time we were here, mixing it together with a stretch of the back catalog stuff.

Q. About the band, you guys have been doing this since 1993, how long do you feel SCI will continue? Will you look like Mick Jagger?

A. Ha ha, I hope so. I think everyone is really enjoying the band. Making the new album is the most fun we’ve ever had. In 20 years, this is the best music we’ve done.

Q. SCI has such a uniqueness that is seen through each member's lead in songs, it creates such a vast array of genres you can work with. Do you have a favorite you like to play?

A. It’s fun for us, as well, to be all over the road stylistically. It’s an exciting band to play with. I don’t know what I’d do if we had to play one style. Not only our different styles, but when we add elements like playing with J.T. and learning the Kool and the Gang songs, playing the classics, maybe into some reggae. The variety keeps it exciting.

Q. String Cheese Incident is something special to me and the many other fans, not only here but across the country. What does being a part of it mean to you?

A. It’s been a lifestyle for 20 years, touring and connecting with fans. I met my wife at a show, and some of my best friends. It’s being a part of something larger than just music and having fans, it’s made a community. It’s doing more than entertaining and doing a routine, I think we’ve created something special, for both our fans and us too.

Q. Last but not least, what’s your favorite kind of cheese, the food?

A. It’s always changing; lately I’ve been enjoying feta with crackers and olives.

Can’t make it? With the rarity of a SCI northeast tour, you’ve got a better chance at finding a new job, new friends or a new spouse. Funk life, live Cheesy. I will be.

Get out and get Cheesy with Chad Ritchko. He can be reached at critchko@thedailystar.com.