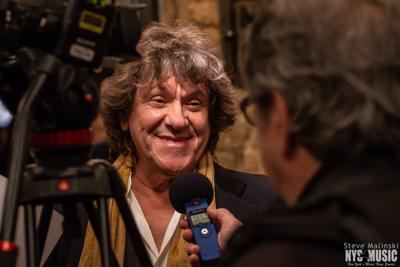 Woodstock 50 is now expected to be held at Vernon Downs in Oneida County. Officials, promoters and state county agencies are not commenting on the event, and there is a lot of work to be done in less than seven weeks. Additionally, many artists expected to perform have not commented or shared any info regarding Woodstock 50.

After Watkins Glen International did not receive a payment from Woodstock 50 due to losing a huge investor, officials there decided to back out as the venue for the festival. The festival is now expected to bring around 60,000 people to Oneida County from Aug. 16 to 18.

Vernon Codes Enforcement Officer Jody Thieme said that he needs strategically outlined plans regarding traffic control, the state Department of Health’s approval, stage design and other health and safety arrangements. Having the final say on whether this is going to happen, he has not received any of these yet.

Oneida County Executive Anthony Picente issued a statement Tuesday to The Associated Press expressing frustration with promoters and questioning whether there was enough time to put together the show.

“With the event just a little over a month away, we have been asked to prepare in just days what has failed to get done in over a year of negotiations and preparations at the previous location,” the statement read. “With such a short time frame, the logistical hurdles to ensure the public health and safety of the concert goers and the surrounding community could pose a significant challenge.”

State Department of Health spokesman Gary Holes said that Woodstock 50 filed its application for a mass gathering permit on June 21. He said a company must submit an application within 45 days of the event, so organizers just made the deadline.

The last time a Woodstock event took place in Oneida County was Woodstock ‘99 at Griffiss Air Force Base resulting in flames and riots. Vernon Downs has hosted events with attendance around 30,000 such as K-Rockathon and Bruce Springsteen. Thieme said that 60,000 should be “manageable.”