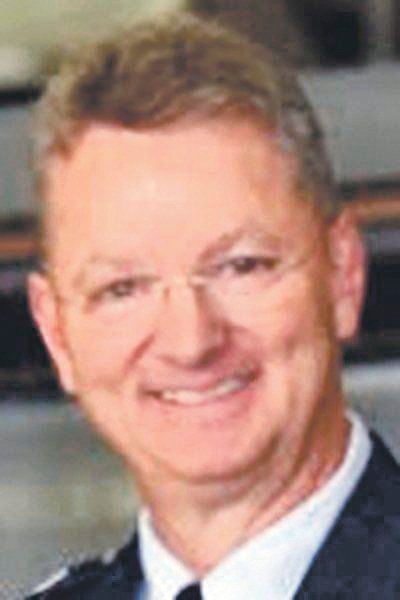 Anthony German of Oneonta is a lifelong Republican who earlier this year ended a run for Congress.

“I stopped running in January because I didn’t get enough money,” he said. “I’d had a couple different congressmen reach out to me and say they thought it would be a good idea if I ran and it was something I’d always thought about doing. I had a great time for the last few months, but it showed me that it takes a lot of money to do it and that’s the unfortunate thing, because there are a lot of good people out there that just can’t get the cash and I couldn’t ask people for money.

“I’ll continue to watch the 19th District, because it intrigues me,” he said. “There are two candidates right now and Ola Hawatmeh can put up a good run against Congressman Delgado. I think she can beat him.”

Saying his run coincided with his retirement from a 36-year military career in the U.S. Air Force, German said Delgado’s election was catalytic.

“(NY-19) had been pretty much a Republican district for 10 years,” he said, “and when Delgado ran, he ran as a moderate, concerned about health care and education like the rest of us. But when he went to D.C., he went hard left and he was one of the first to support the impeachment and his first vote was to make Nancy Pelosi speaker of the House. That’s not moderate, that’s leftist and that to me is problematic, because you’re the people’s representative and the people of this district are pretty split, so your voting record should be pretty split, too.”

German said he considered the impeachment hearings “a complete waste of time.”

“We just wasted how many months with the lead-up, the build-up and the process, then what happened?” he said. “In the end, it was nothing but a waste of time and taxpayers’ money, when real things could’ve been taken care of.”

German, who voted for Donald Trump in 2016, said he plans to do so again.

“You have to separate his personality from his policy,” he said. “We all say things we shouldn’t sometimes, but when you look at his policies and what he’s trying to do, it’s helpful.

“He’s done a good job with his trade stuff,” he said, “and from a military standpoint, when you have a strong leader in the White House, people in other countries take notice. I think of his stance with North Korea: everyone thought North Korea would be an issue, but he’s at least tried to talk to the man.”

German said, locally and nationally, he finds fault with Democrats’ plans for taxation.

“(New York) is a beautiful place to live, yet having people come to New York to start a business and do things is next to impossible, because we tax them so bad,” he said. “Taxing the rich is not an answer to the problems that we have. We have to look at things from a practical standpoint, and I don’t see that from the Democratic side.

“Nobody gets anything for free,” he said. “With the student loan debt that’s out there, I think they need to cut the interest completely, but you’re still going to have to pay the money back; I don’t care if it takes 40 years. I don’t care if the bank made a bad loan, you made the debt. And I think we can all agree that we need health care, but I’m not sure the government is the best place to be in charge. We all benefit when there’s competition.”

Pulse of the voters