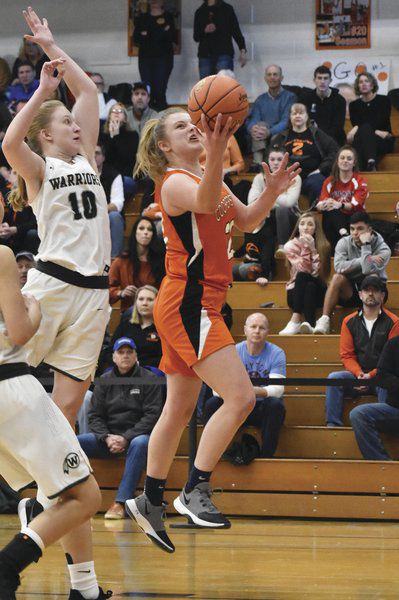 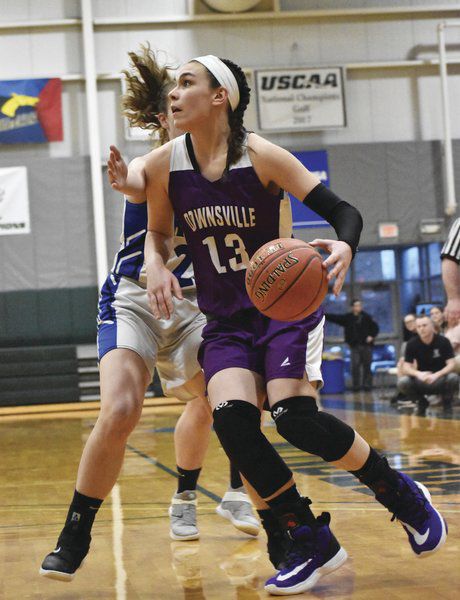 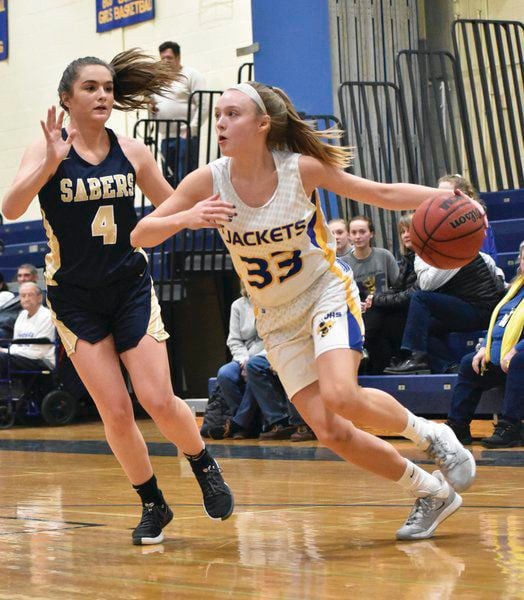 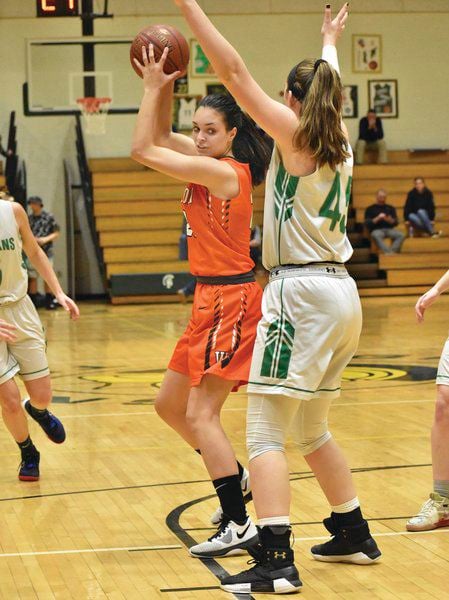 The team consists of Player of the Year Kayla Campbell of Franklin, along with 24 other athletes in the coverage area that earned first-team recognition from their respective leagues.

Coach’s quote: “Anika was probably our most important player this year. There isn’t anything outside of shooting 3-pointers that we don’t ask her to do. She handles the press, handles the ball and she was our best rebounder. And by the end of the year she was a primary scorer for us, her scoring the second half of the year was probably 14 or 15 points per game for us.”

“She is an incredible player and I’ve been doing this for a while now, but of all the post players I’ve coached, she probably has the best footwork.”

Coach’s quote: “This year, her primary role was to put the ball in the basket, and coming into this year she was primarily a 3-point shooter, but she really opened up her scoring this year.”

“She shoots it as easy as anyone, I think, from our area. We are obviously really proud of her individual accomplishments this year.”

Coach’s quote: “The thing I was really proud about Kate was last year, she came off the bench and was kind of a sniper, and was a little streaky. She started to really concentrate on a few things in shooting drills last winter and in the summer, and there was fantastic consistency her senior year.”

“When we came out of the middle of the season and got to January, I would say she was carrying us. She’s hypercompetitive, she has the right amount of attitude, I’m just so proud and happy for her. She was just very steady and stood out.”

Coach’s quote: “Pipe started her senior season with a lot of weight in terms of scoring 1,000 points and her college decision, which ultimately was Hamilton. And you could see the weight on her in terms of shooting percentage, but the thing that never changed was how she guarded people.”

“The other part that was really important about Pipe, when she was in the game that got her 1,000 points, while we’re counting down the points, she dropped two dimes on fast breaks where only two or three other players even knew the player was open.”

Coach’s quote: “I’m sure there is another living thing that can get to a basketball like her, but I haven’t seen it yet. She’s really locked in, she says a lot of good things in the huddle and to her teammates.”

“She gets this reputation as a mega-athlete, which is correct, but she puts things together season-to-season and in practice. You want to root for her because she is a very unique person off the court and everybody pulls for her. She’s just a neat kid and there is a lot more to her than just being mega-athlete.”

Coach’s quote: “Macie was our leader, the only returner from last year. She persevered through a tough situation and never gave up, always was there to support her team and give a lending hand when we needed it. She really tried to be the role model for everyone on the basketball team.”

Coach’s quote: “Sylvia is an extremely versatile player, she can play any position on the floor. An extremely intelligent player, knows and understands the game very well. Great court awareness and an extremely unselfish player.”

Coach’s quote: “Sophia plays with a lot of energy. She can guard any position on the floor - her legs and quickness were instrumental in disrupting the other team’s offenses. Offensively, she runs the floor very, very well, and scores a lot of points in transition because of her hustle.”

Coach’s quote: “From the get-go as an eighth-grader, you could see her intensity on the court. She wanted to excel, she worked extremely hard, playing AAU ball and summer ball. As she grew older she became more aware of her role as the leader of the team and it was a great point that she grew into that.”

Coach’s quote: “She played all three positions for us, and she was our best defender. She really stepped up for us, particularly in the beginning of the year.”

Coach’s quote: “She put in so much work this summer, going from AAU to about every camp she could find. I can say if she wasn’t the best player in the league, she was one of the best in the league. She was just incredible for us.”

“She worked on her perimeter game and ball handling skills a little more, and that allowed her to be a good stretch four for us, and will really help her when she goes on to play college ball. She has an important asset for her character and who she is as a person. She really helped take us a long way this year.”

Coach’s quote: “Kailee, since about 10th grade, everybody wanted her to be a post player, but she has been one of the best point guards in the area. In our fast break nobody was better, and there was not a press all year that really bothered her.”

“In terms of leadership and character, she was so important. All the girls looked up to her, girls wanted to be like her, and it just made my job so much easier.”

Coach’s quote: “She’s been a point guard for me for the past four years. She has great court awareness, great 3-point shooter. Many times teams put a box-and-one on her to keep her from initiating the offense.”

Coach’s quote: “Those two (Peyton and Jayden) had complete seasons from start to finish. They showed up every game and were our leaders. Jayden was our offensive leader, and Peyton was our defensive leader.”

Coach’s quote: “She’s a coach’s dream player, obviously. She helped us when we needed it bringing the ball up... she was an all-around good team player out there.”

Coach’s quote: “She’s the motor that runs the train. Her effort is contagious, when everybody else sees how hard she’s working that motivates them. It’s a nice trait for a player to have.”

"Azalyn is an unselfish player who plays the game with patience, she makes the right basketball play rather than forcing things. She has the ability to take over a game and this opened up a lot of opportunities for her teammates. Azzy is also a strong rebounder and is dominant in the post. We all are very proud of Azzy's accomplishments and will miss her on and off the court."

Coach's quote (not in print): "Carli improved in every statistical category from her sophomore to junior season and played a vital role to our team's success."

"She was our offensive leader and her shooting range is second to none. Carli drained 51 3-point field goals during the season and is the player we looked to get the ball to in late-game situations. She has great instinct and I look forward to seeing what her senior year brings."

Coach’s quote: “I think the biggest thing was she was the biggest threat for whoever we played. It’s good to have someone to rely on and put up some offensive points for you. This year we actually had to switch her down low on defense and she came up with a lot of big rebounds.”

Coach’s quote: “Anastasia is a great leader on and off the court. She worked hard this season to develop her moves to the basket with her left hand and to become more aggressive on the boards.”

“Her shot-blocking ability was an asset in the center of our defense. She has been a big asset to our team over the last few seasons and she will be hard to replace.”

Coach’s quote: “Marissa really developed into a very good outside shooter this year, and there were several games where that shooting really came at very important moments.”

“One thing about Marissa’s game that people that see her play notice, she is a very good defender and a very good rebounder. She’s such a benefit for our team on both ends of the court.”

Coach’s quote: “Joleen is a quiet, respectful, smart and passionate player. She is dedicated to her team and has an incredible work ethic.”

“Joleen is a player who doesn’t cut corners and is always looking to improve her game, often staying after practice to take an extra 100 shots. It is a pleasure working with her and watching her grow.”