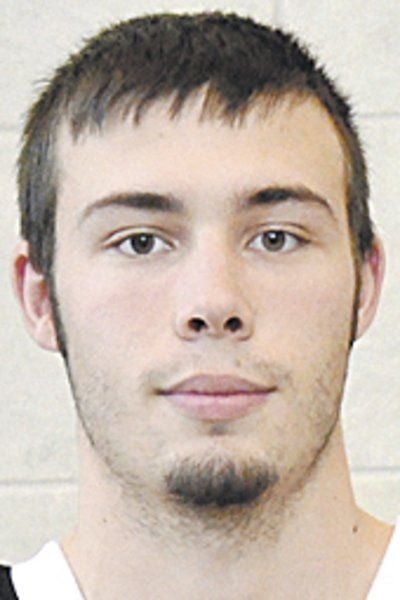 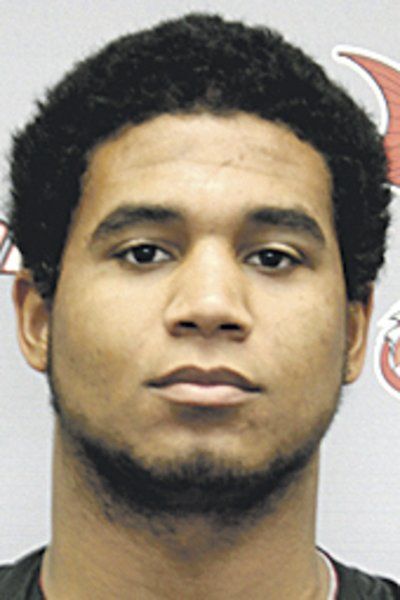 Senior guard Alexis Nunez finished with a game-high 19 points for Cobleskill (17-10), which outscored the Chargers, 27-18, after halftime.

Nunez made the first basket to give Cobleskill its only lead of the opening half, which ended with LBC ahead, 28-22. Cobleskill then used a 10-3 run early in the second half for a 32-31 lead as Unatego graduate Travis Woods capped the spurt with a putback.

The teams engaged in a back-and-forth battle thereafter. LBC (24-3) held a 46-45 lead with 2:20 remaining, but Cobleskill went ahead when Woods made a layup off a pass from Nunez with 47 seconds to go.

Cobleskill then got a turnover, forcing the Chargers to foul freshman guard Malik Chambers with 22 seconds left. Chambers made both free throws for the final margin as LBC missed a pair of late three-point attempts.

Woods finished with eight points and five rebounds for the Fighting Tigers, who went 1-for-8 from three-point range and 4-for-9 from the foul line. Walton graduate Bryan Backus made Cobleskill’s three.

Corey Leonard’s 12 points paced LBC, which received 11 points and a game-high 12 rebounds from CJ Dunston. The Chargers shot 4-for-16 from three-point range and made 8 of 13 free throws.

Mike Chapman had a team-best seven rebounds for the Fighting Tigers, whose first-round NCAA game will be announced today online at www.ncaa.com.

Alexis Nunez scored his college-best of 33 points Saturday to lead Cobleskill to a semifinal victory over Penn State Abington in the NEAC Championship Tournament at Lancaster Bible College.

Nunez made 7 of 9 attempts from the floor and went 3-for-3 from the foul line for 17 points in the first half, which ended with the Fighting Tigers ahead, 37-24.

Nunez also had four assists and four rebounds for the Fighting Tigers, who got 17 points and a team-best eight rebounds from Unatego graduate Travis Woods.

Lancaster Bible College advanced to the championship game with a 63-53 win over Keuka College on Saturday.

Bethel’s 7-5 decision over Rhode Island College sophomore Terrance Jean-Jacques gave him an automatic berth to the NCAAs, which run March 13-14 in Hershey, Pa.

Bethel improved to 40-4 this season while sending Jean-Jacques to his second loss in 36 matches.

Bethel’s run started with a first-round bye. He then pinned Ben Wertz of Williams College in 3:24; Mark Howard of U.S. Coast Guard Academy in 33 seconds; and Lance Moore of Cortland in 3:58 to reach the title bout.

O-State junior Shaun Gillen contributed a fourth at 174. He fell, 10-3, to Wesleyan University’s Ryan Sblendorio in the 174-pound third-place match.

Dominic DeGraba contributed a fifth at 125 pounds for the Red Dragons, who received a sixth from Chad Obzud at 197.

The Red Dragons had four individual champions and won one relay in amassing 152 points for the title. Cortland finished second at 110.5 points.

Joe Carr rounded out the Red Dragons’ individual champs, winning the 200 with an ECAC-qualifying time of 22.22. Carr also finished second in the 60, with a season-best time of 7.01.

Sean Mullen placed second in the triple jump, tying his personal-best mark of 46-9.

Carrie Small, Kierra Keys, Rachael Shine and Amanda Knox had a season-best and ECAC-qualifying time of 4:01.25 in the 1,600 relay to beat runner-up Geneseo by .74 seconds.

Sabrina Felice had a program-best 2,814 points for sixth in the pentathlon. Crystal Wyllie broke her pole vault record with a 10-6 to tie for sixth, and Kayla Clohessy was second in the long jump in a school record 18-5. Teammate Kaitlyn Kieser, who held the previous long jump record, placed sixth in the event at 17-5.

O-State will compete this weekend in the ECAC Division III Championships at the Armory in New York City.

Emily Belewich’s ninth in the 60 hurdles (10.03) paced Cobleskill’s women, who were last with zero points.

Cobleskill qualifiers will compete in the ECAC Championships, which run Friday and Saturday at the Armory in New York City.

Katie McKenty scored three times Sunday, but Hartwick College lost a CWPA match to Harvard at Bucknell University to fall to 8-12 overall and 3-2 in the conference.

Blanca Anton Cuesta, Natalie May and Zsofia Polak scored once for the Hawks, who faced an 8-3 halftime deficit.

Hartwick will visit Indiana this Saturday for matches against the Hoosiers and the University of Michigan. The Hawks also will face UC Irvine next Sunday.

Nicolina Mihajlovik had five goals and three assists Saturday as Hartwick topped George Washington in a CWPA match at Bucknell.

Katie McKenty contributed a goal and five assists for the Hawks, who got three goals apiece from Brittany Tait and Blanca Anton Cuesta. Kylie Traube and Rebecca Armstrong also scored.

Zsofia Polak’s three goals and one assist paced Hartwick in a CWPA loss to 11th-ranked Princeton on Saturday at Bucknell.

Nicolina Mihajlovik also scored for Hartwick, which got an assist from Blanca Anton Cuesta.

Princeton snapped a 2-all tie with a 5-1 run in the second period.

Mike Metzger finished with three goals and an assist Saturday as Oneonta State improved to 2-0 on the season with a non-conference victory on the road.

Ryan Adler made 12 saves in goal for the Red Dragons, who took a 4-0 lead into halftime. Metzger scored in the last 20 seconds in each of the first two periods. He also matched teammate Anthony Laureano with a goal and an assist in the third period, when Oneonta scored four times.

Gavin Schlosser and Ryan Vollmer scored first-period goals Friday to give SUNY Delhi a 2-1 lead in the first period of its season opener, but NJCAA top-ranked Onondaga Community College followed with 25 unanswered goals for a victory at the Greater Binghamton Sports Complex.

Jeremy Leary had an assist for the seventh-ranked Broncos, who faced a 17-2 halftime deficit.

Delhi will play at Ocean County College in New Jersey at 2 p.m. Saturday.

Teammate Merrin Gural took 28th at 326.10 in the same event. Both Cobleskill divers qualified for regionals at the NEAC Championships earlier this season, becoming the first Fighting Tigers to compete at an NCAA championship event.

Cole Laffitte and Matteo Befi pushed their respective opponents to tiebreakers but fell as Oneonta State lost a non-conference match on the road Saturday.

The Red Dragons (0-4) will compete March 10-11 during their spring trip to Orlando, Fla.