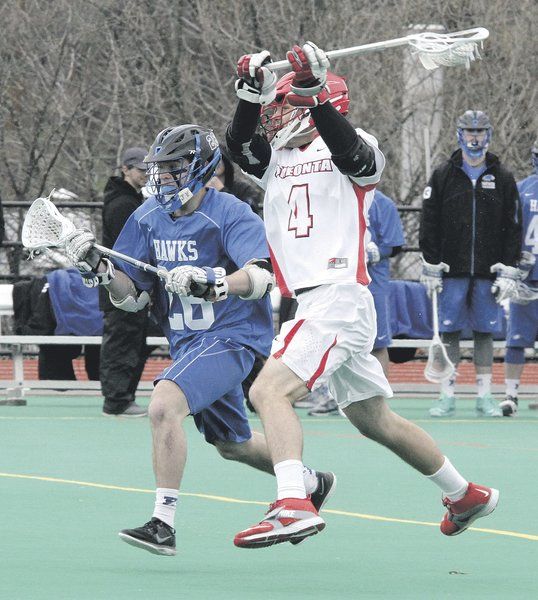 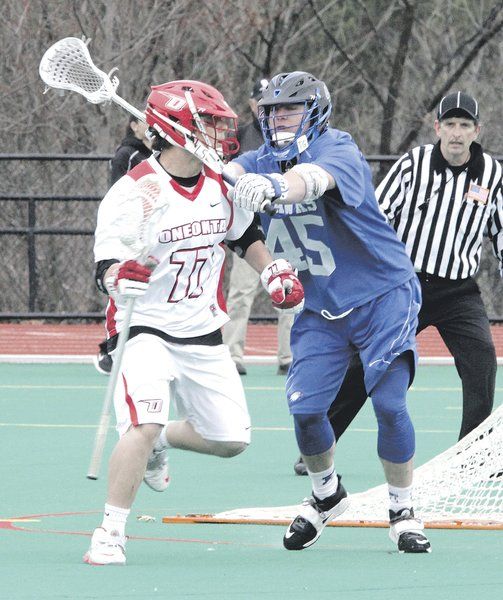 Freshman Alec Solomito and sophomore Nathan Doody each scored in the third minute to put the Red Dragons (6-7) ahead, 2-0.

Evan Petillo cut the deficit in half for the Hawks (3-9) with 7 minutes, 52 seconds to go in the first quarter, but O-State responded with three straight goals en route to a 5-2 lead. Devon Casey, Solomito and Doody each scored unassisted before Hartwick’s Roy Simmons struck for an unassisted goal with 32 seconds left in the first period.

The Red Dragons scored the next nine goals en route to a 14-3 advantage after three quarters. Brandon Hickey had all of his game-high three goals in the third quarter, when O-State outscored Hartwick, 6-1.

Doody, Solomito, Casey, Steven DeLisle and Austin McAskill finished with two goals apiece for O-State, which got a combined 11 saves from four goalies.

Matt McCallan’s two goals and one assist paced the Hawks, who got a pair of goals from Simmons and a goal and an assist from Petillo.

Mike Rourke made a season-high 17 saves for Hartwick, which closes its regular season against visiting Alfred at 1 p.m. Saturday.

O-State hosts Potsdam for a key SUNY Athletic Conference game at 2:30 p.m. Saturday as the Red Dragons need a victory to qualify for the four-team SUNYAC Tournament later this month.

Hartwick holds a 20-13 advantage in the all-time series against O-State.

Sophomore midfielder David Meyers had a goal and an assist for SUNY Cobleskill, which suffered a North Eastern Athletic Conference loss at home.

Adam Sawitsky had a game-high four goals and John Sherlock finished with two goals and five assists for Morrisville State (8-5), who completed a 7-0 run against conference opponents to secure the NEAC’s regular-season title.

Winning goalie Chris Fiore made five saves for the Mustangs, who held advantages of 56-18 in shots and 57-26 in groundballs. Morrisville State also forced 26 turnovers and finished 21-for-21 in clearing opportunities.

Eric Randazzo stopped 10 shots for the Fighting Tigers (3-10, 1-6), who close their season at NEAC rival Hilbert College at 1 p.m. Saturday.

COOPERSTOWN - Dr. Theodore Charles "Ted" Edmonds, 89, formerly of Lewisburg Pennsylvania, passed away Thursday morning, Nov. 26, 2020, at Woodside Hall in Cooperstown following a long and valiant battle with a pervasive form of Parkinson's disease. He was born on May 24, 1931, in Erie, Penns…