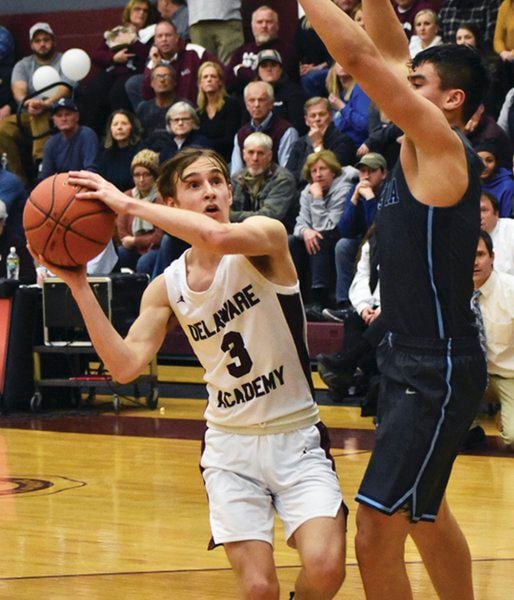 RYAN AMES | The Daily Star Delhi’s Michael Griswold takes the ball to the basket around a Moravia defender during the second half of Friday’s Section IV Class C boys basketball quarterfinal at Delhi. 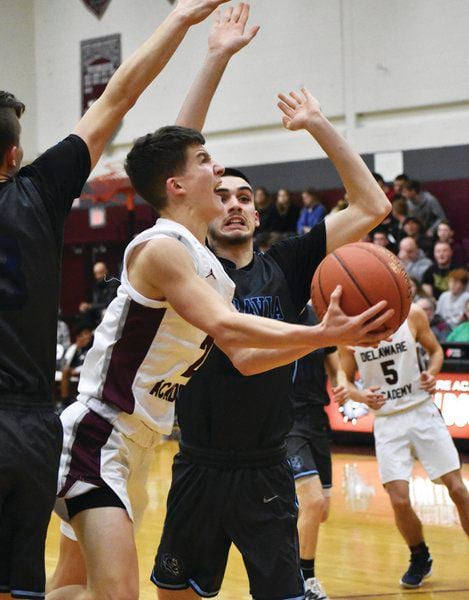 RYAN AMES | The Daily Star Delhi’s Michael Griswold takes the ball to the basket around a Moravia defender during the second half of Friday’s Section IV Class C boys basketball quarterfinal at Delhi.

The Bulldogs never trailed as they broke out to an early lead that extended to a 20-5 advantage by the end of the first quarter.

Alex Haight scored 12 of his game-high 27 points in the opening frame and was Delhi’s spark all night.

“He’s exceptionally tough to stop offensively, he’s a great rebounder as well and with them trying to press us I think it did open a lot of gaps where if we could break that press--we have a lot of guys, Alex included, that could make them pay,” Bulldogs coach Warren Kelly said.

Moravia found some momentum at the end of the first half, bringing the deficit down to 11 points, but Delhi went back to the well as Haight led all Bulldog scorers in the third quarter with seven points.

Leading by 22 heading into the fourth quarter, Delhi surrendered 30 points, but Moravia only managed to get within seven points, and that was with two minutes left in the game.

The Bulldogs put up 22 points with 14 of those coming from the foul line as Moravia fouled often late in regulation.

“I was really proud of the team and how we played defense,” Kelly said. “Moravia might be the hardest team to defend in the IAC, in that they play really fast, they have a lot of drivers and a lot of shooters. It’s not easy to cover them five-on-five, but we thought we could do it because we played great team defense all year and I think overall we did a great job.”

After Haight, Delhi got 17 points from Rich LaLosh, eight points from Logan Aikens and four points each from Luke Branigan and Tyler Bruce.

Moravia tried to shoot its way back into the game as it finished with seven triples, including four in the fourth quarter. Justin Petitt paced all scorers with four 3-pointers.

Delhi (20-2) advances to the semifinal round to play third-seeded Newfield, a 66-47 winner over Candor in the quarterfinals. Class C semifinals are scheduled to be played at SUNY Cortland on Tuesday, March 3.

“We’ve been confident all year,” Kelly said. “We know we have a great team. They’ve worked awful hard. There’s no bad teams left. We believe we’re as good as every team left and just got to play well when we got the opportunities.