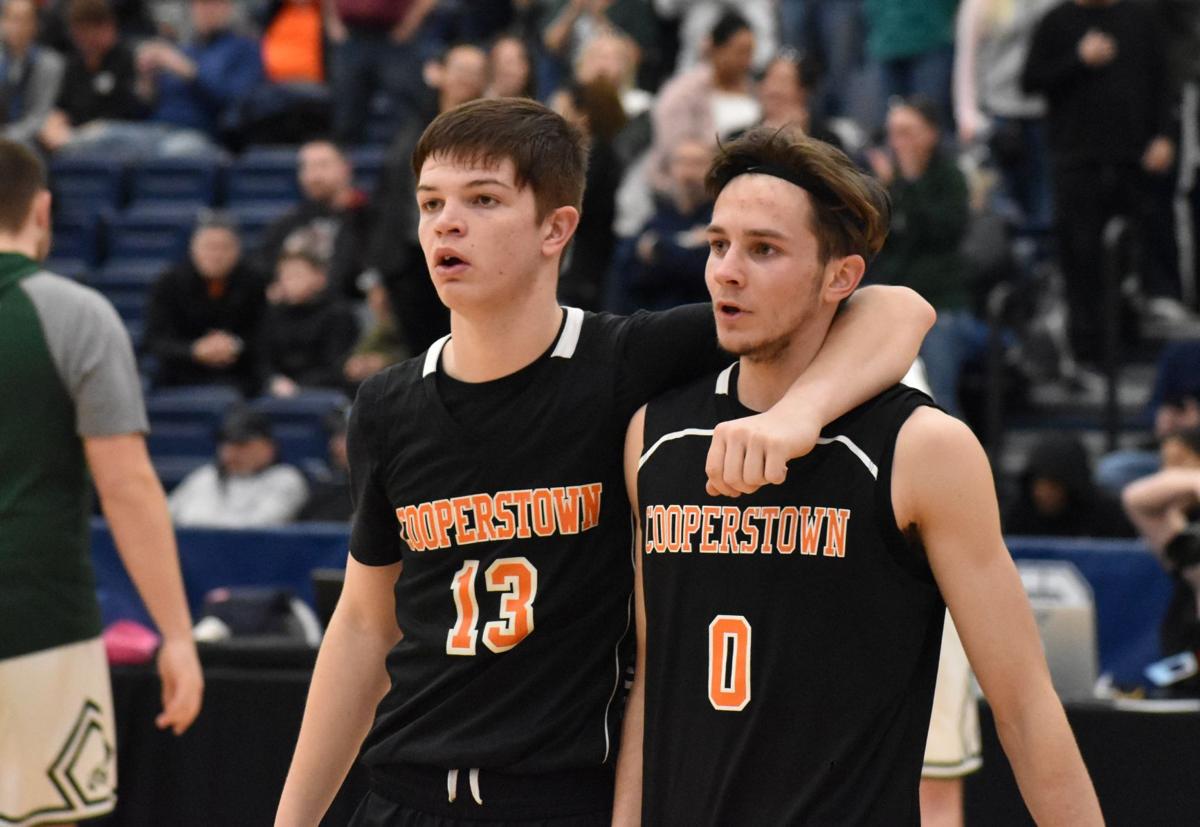 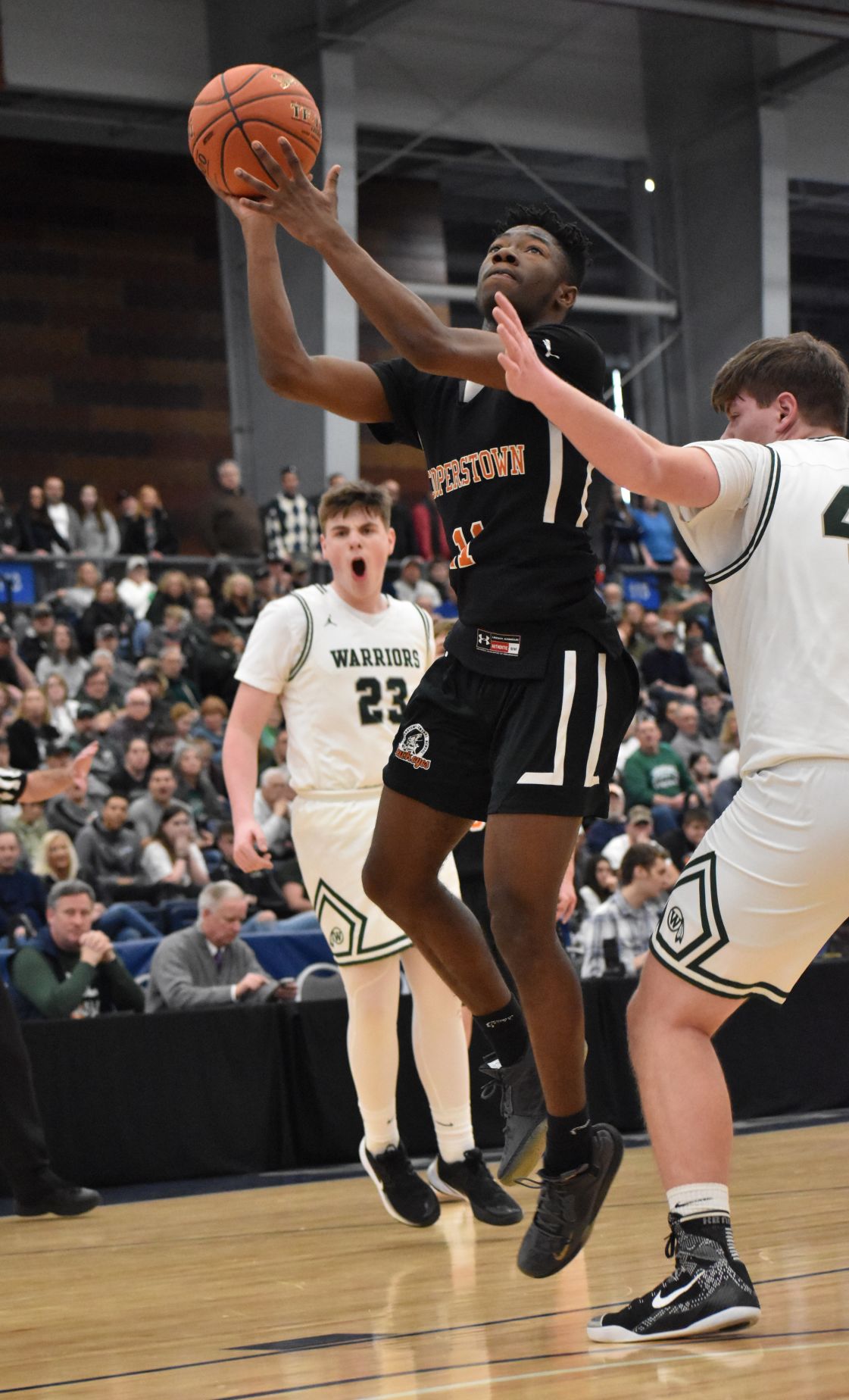 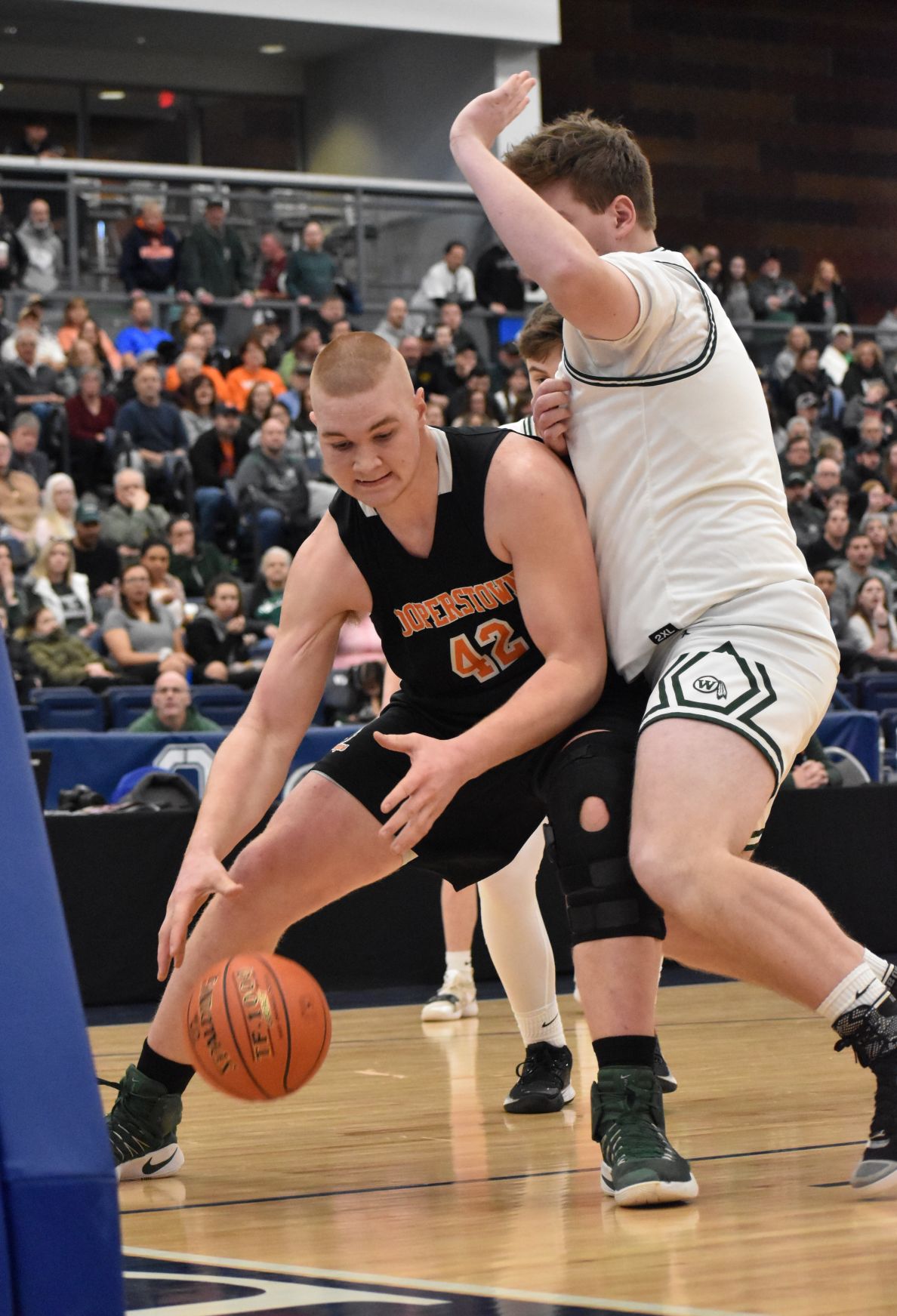 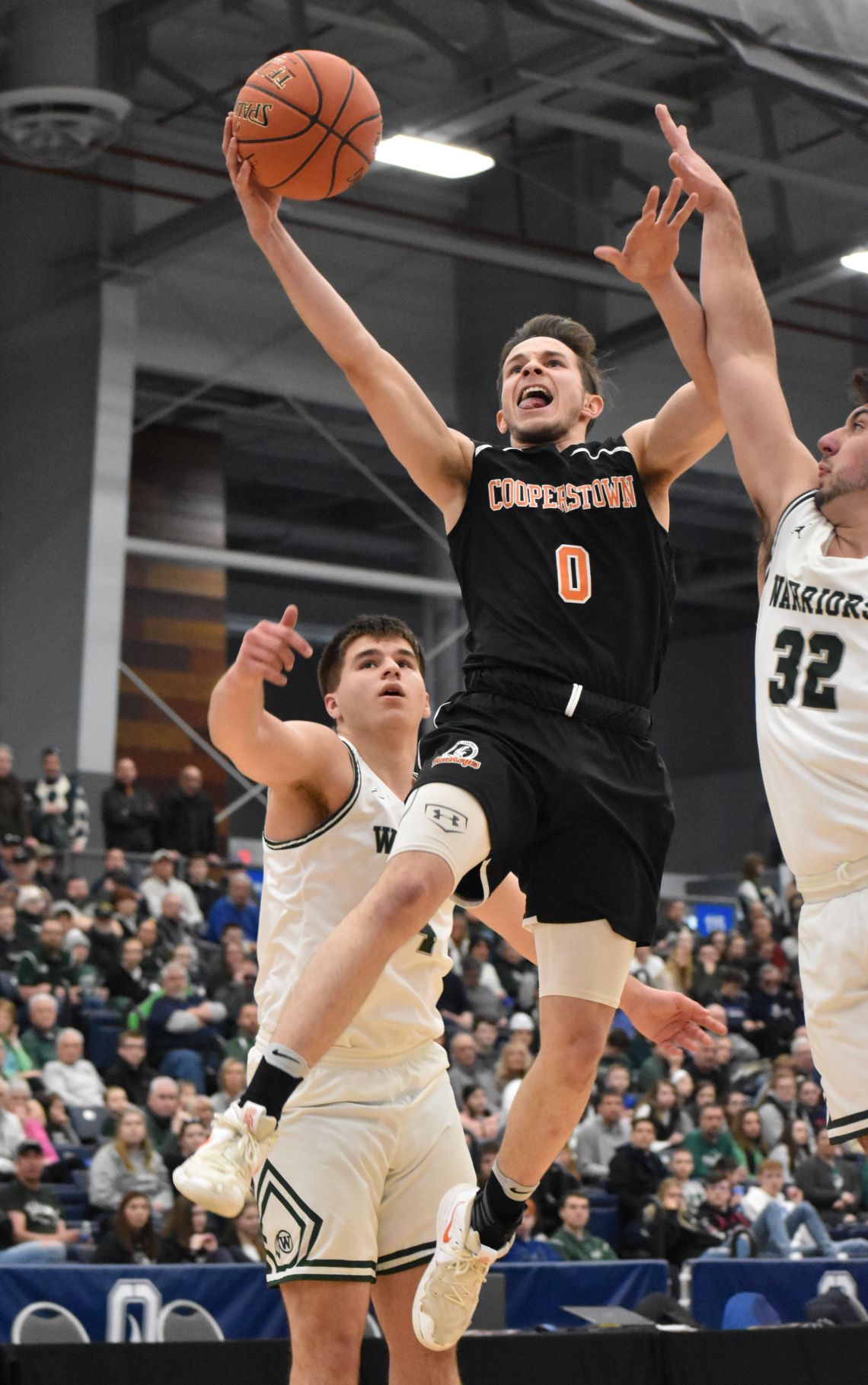 SYRACUSE — Cooperstown looked well on its way to a second consecutive boys basketball section title, before three whistles in the third quarter left a 6-foot-9-inch hole in its defense.

"We had our game plan, it worked like a charm, then we got into foul trouble. Literally," Cooperstown coach John Lambert said. "John Kennedy got his fourth foul...it changed the game. The officials have a job to do, I thought maybe it should have been called on the other end just as much, maybe I'm biased. But we got put in a tough spot after he got his fourth foul."

"To end like this with my teammates, it really does hurt," Cooperstown senior Ryan Lansing said. "It's kind of cliche, but I'll tell you, it really does."

Cooperstown stretched its lead to as many as 13 early in the third before 3-pointers from Jake Brown and Kelin DeJohn keyed a 7-0 Weedsport run that cut the gap to six. Lansing, who scored the first seven points of the half for Cooperstown, returned the lead to eight, but the momentum changed when Kennedy picked up a fourth foul with 3:29 left.

Weedsport scored the next 10 points to take the lead late in the third, only for a David Valmas 3-pointer to stop the run and give Cooperstown a 39-38 lead after three. Four points from Joe Senchyshyn and two more from Lansing kept Cooperstown in it at 45-45 midway through the fourth, but the next seven points went to Weedsport as Kennedy, even after returning to the floor, was hampered as a rim protector by the threat of a fifth foul.

"Then Joe Senchyshyn got his fourth foul, so our only two big guys had fouls and that changed the complexion of the game," Lambert said. "They (Weedsport) knew it, and they're a good team so they took the ball right to the basket. We didn't execute as well as we could have offensively, we took some shots that are uncharacteristic of us. We've done that a few times this year and gotten away with it, and this game we couldn't."

The second half was a reversal of the first, where Cooperstown leveraged its speed to torment the size-advantaged Warriors. Kendall Haney and Lansing each had four points in the first quarter as Weedsport owned a 12-11 lead. The Hawkeyes hit their stride in the second, using perimeter speed and Kennedy's presence inside to force outside shots and negate Weedsport's size advantage.

Kaishaun Jefferson had 11 straight points in the quarter for the Hawkeyes, who won the period, 18-7, and took a 29-19 lead into halftime.

"After the first half we were all kind of feeling it, we were all in the groove," Lansing said. "Maybe we peaked in the game a little too early. But Weedsport played a heck of a defense in the second half, I have to give them credit."

Lansing finished with a team-high 19 points on seven field goals and a 4-for-5 effort from the foul line. He also had three steals and two turnovers.

Jefferson totaled 16 points on seven field goals, two of them 3-pointers. Senchyshyn had six points and a team-high six rebounds.

Kennedy finished with four points and a game-high seven blocks.

Jefferson and Lansing were named to the all-tournament team.

Brown paced Weedsport with a game-high 21 points, going 8-for-13 from the field. Aidan Mabbett had 14 points and Mitch Feocco had nine, seven of them from the foul line.

"They expect to win, they know how to win, but it's not a pressure. They just...like it," Lambert said of the Cooperstown program. "They like to win, so they work hard to win."

The Hawkeyes finished the season at 18-6. Weedsport (22-2) will play Section IV champion Newfield in the regional final at 1:45 p.m. Saturday, March 14, at SRC Arena.

"I'm really proud of these guys, they played so hard, they always gave 150%. I feel bad for the seniors, Ryan, Kaishaun, David. We'll have to use this for motivation next year," Lambert said.