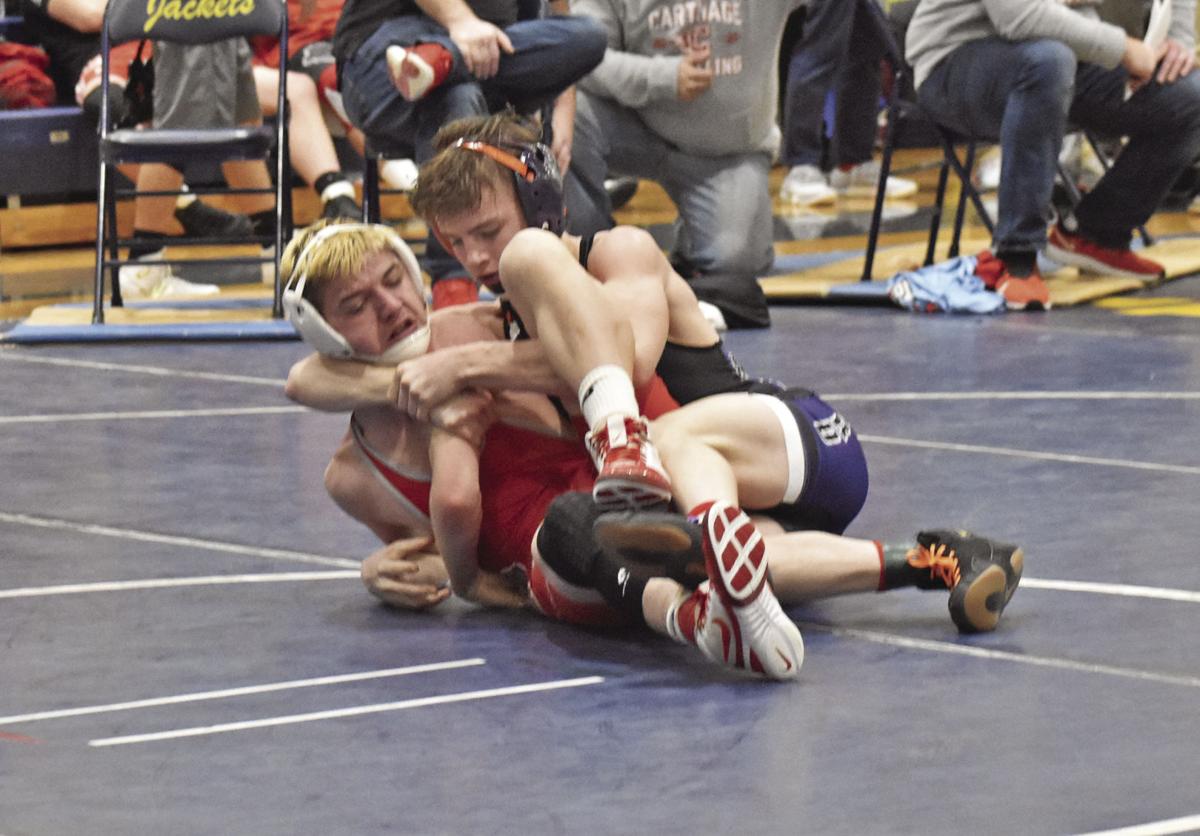 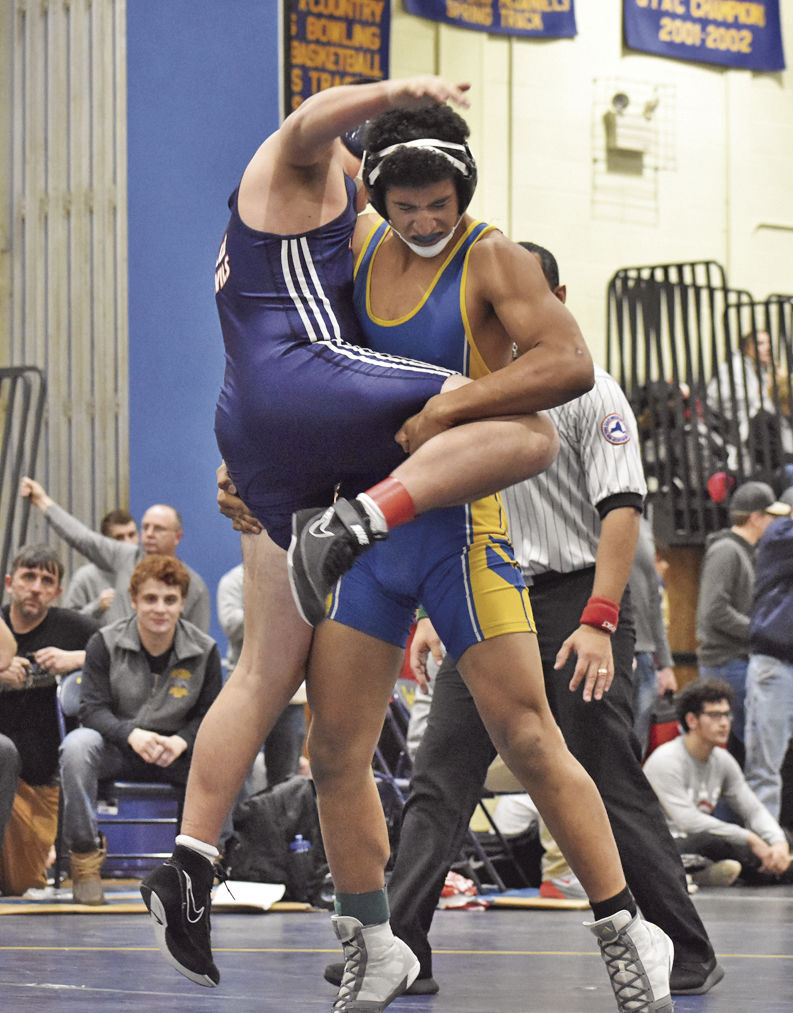 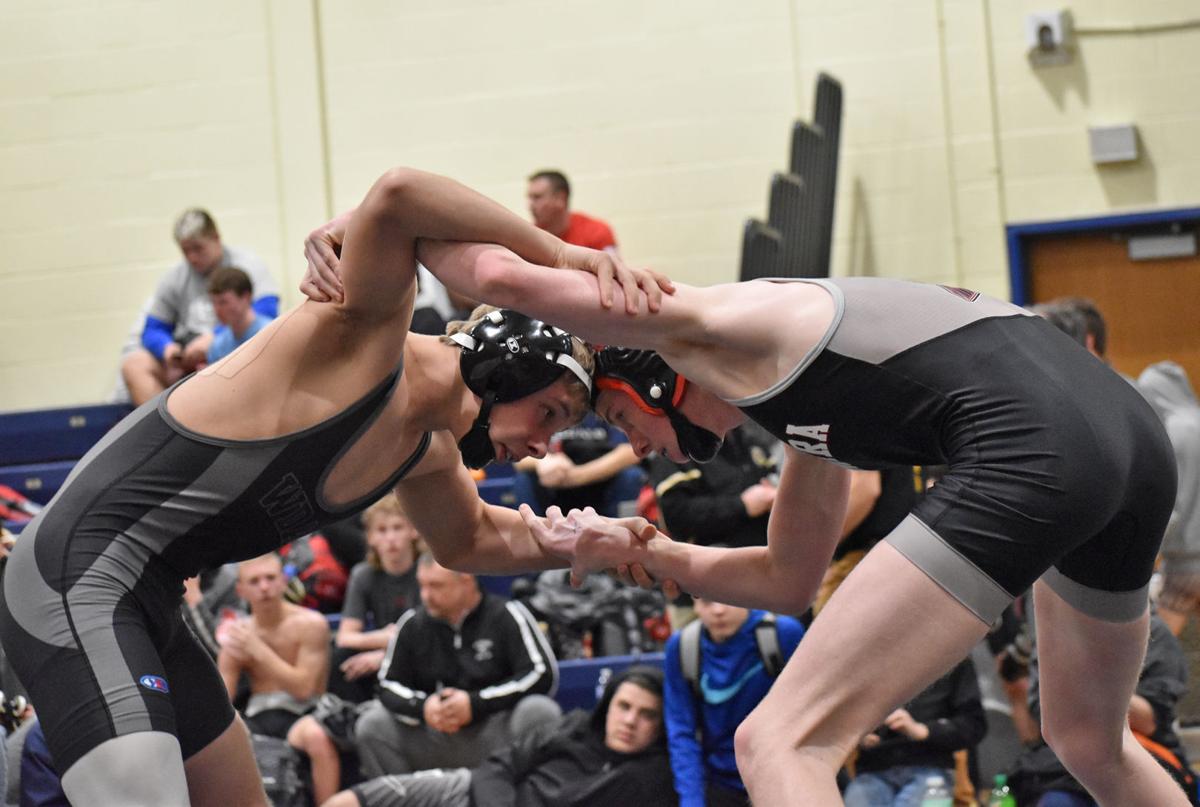 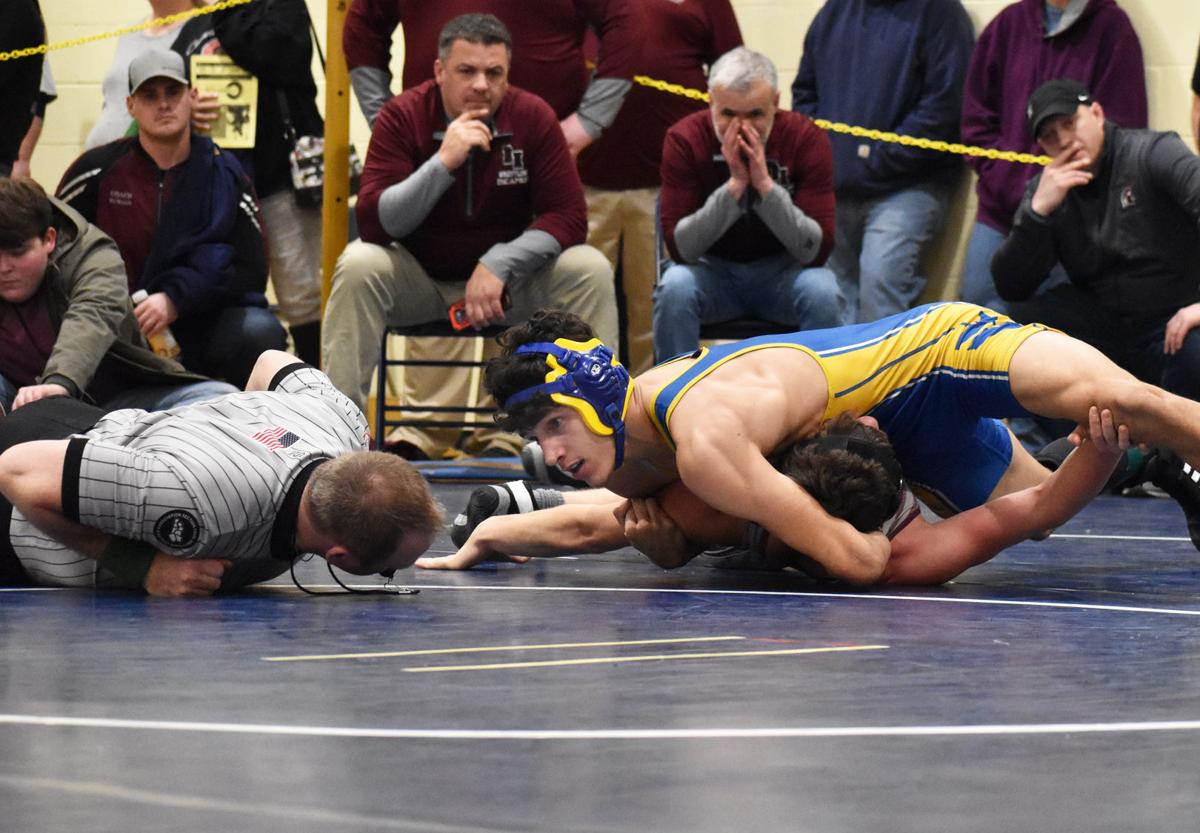 Oneonta's Ardell Wellman looks to the official while pinning Matteo Rossini of Burnt Hills during their quarterfinal bout in the 145-pound weight class Friday, Jan. 3, in the Rotary-Ross Cordell Wrestling Tournament at Oneonta High School. 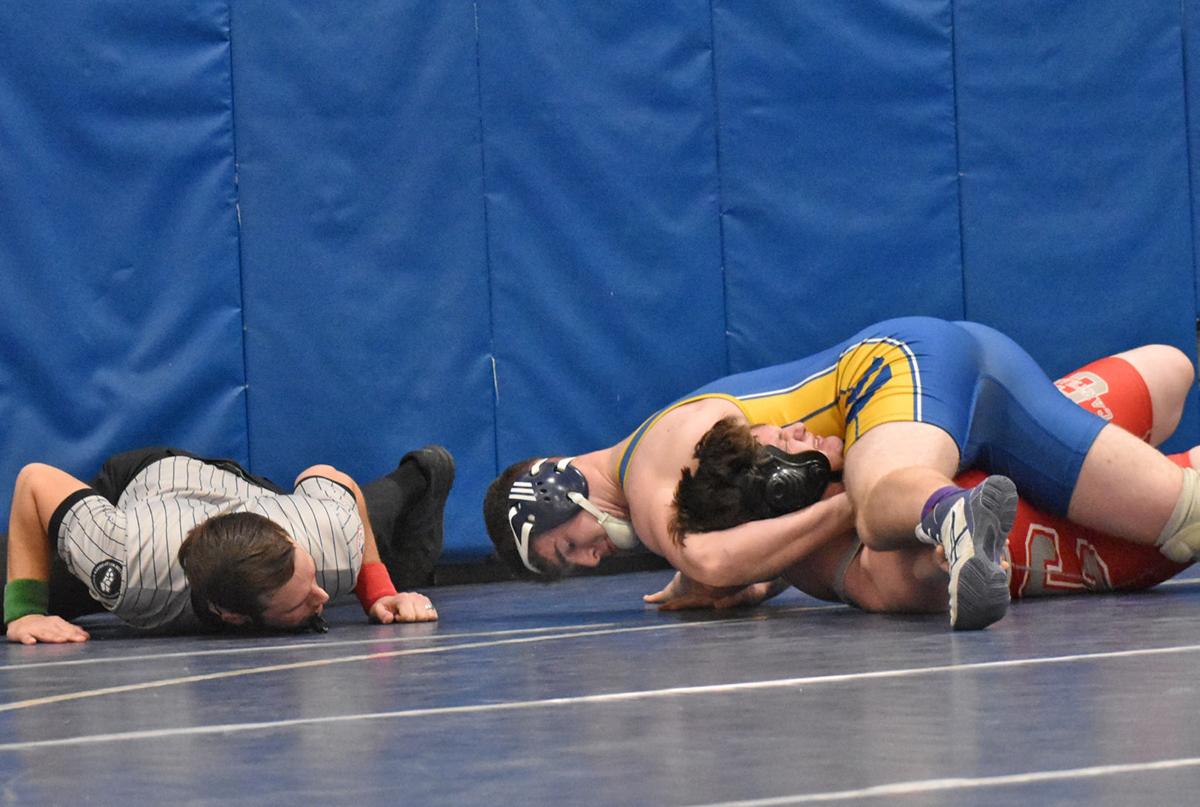 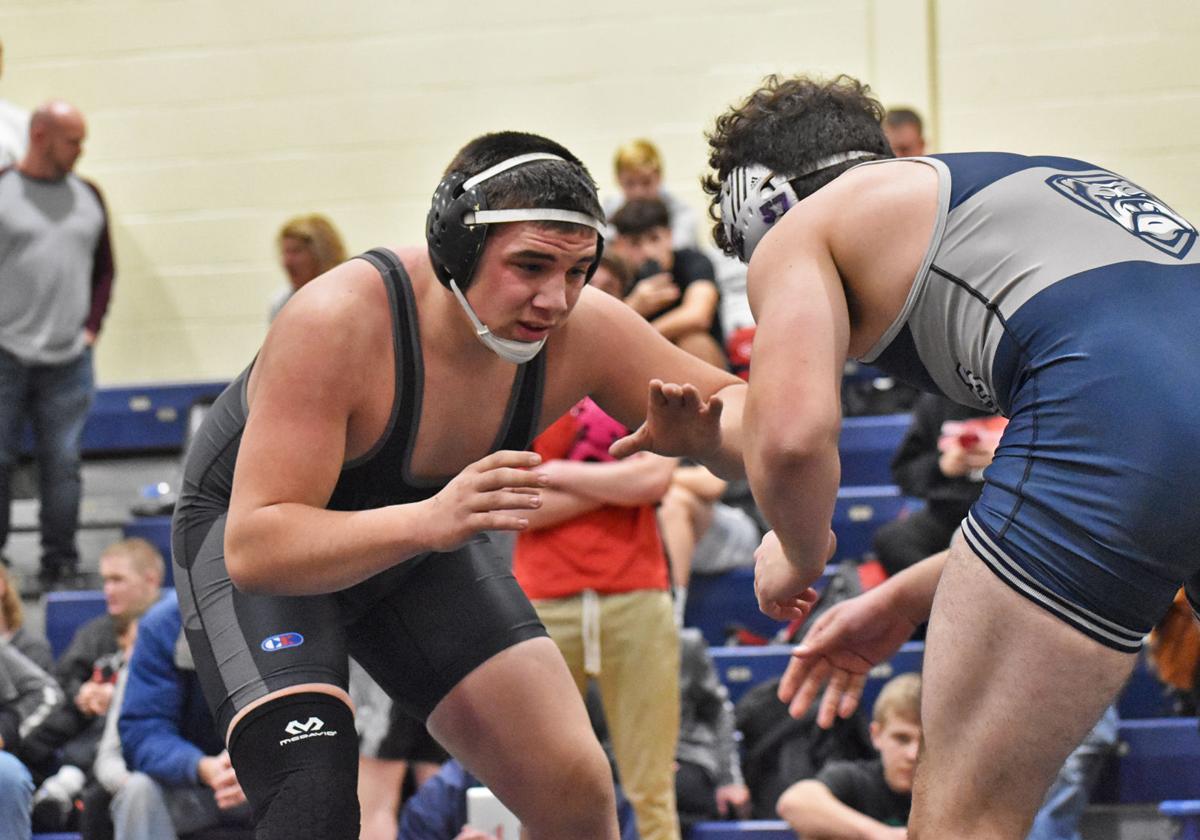 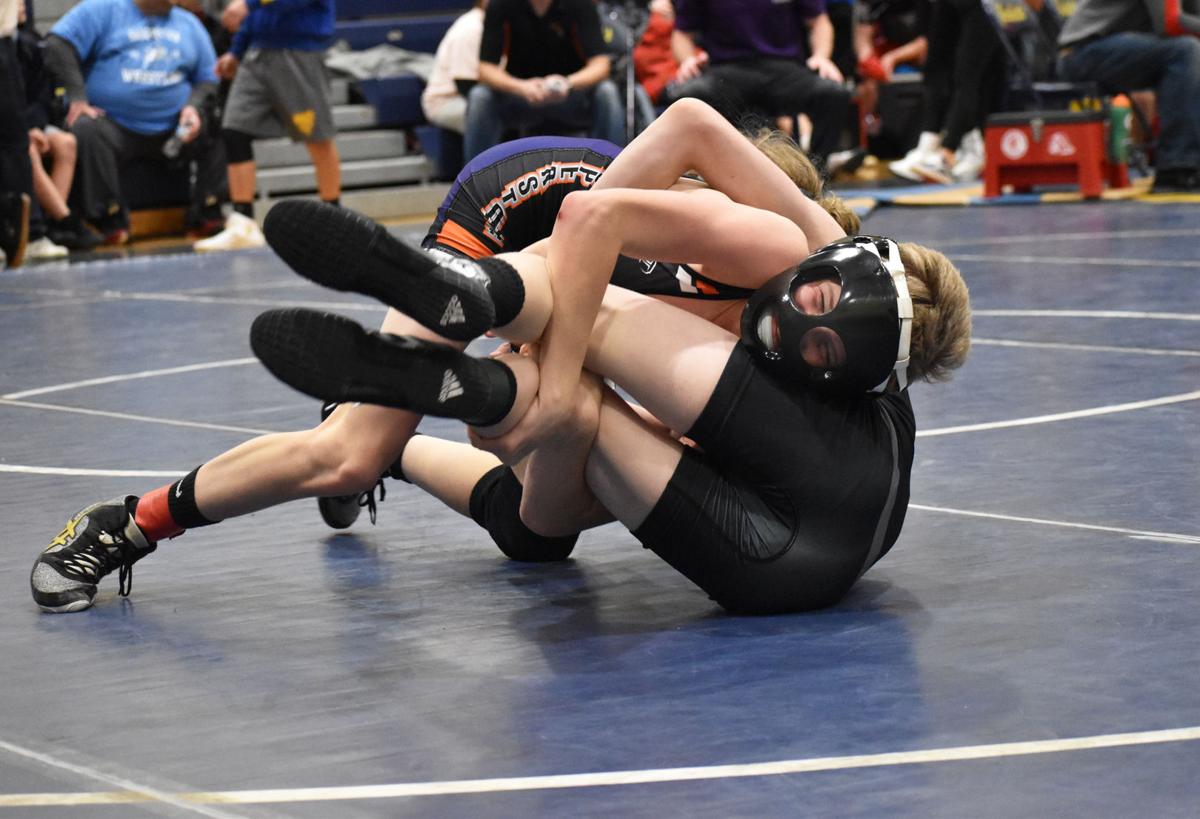 Oneonta's Ardell Wellman looks to the official while pinning Matteo Rossini of Burnt Hills during their quarterfinal bout in the 145-pound weight class Friday, Jan. 3, in the Rotary-Ross Cordell Wrestling Tournament at Oneonta High School.

Foremost among them was the lone Cooperstown/Milford athlete reaching the final four as Avery Leonard collected his 100th varsity win with a quarterfinal victory in the 120-pound weight class.

Leonard, a junior at Milford, took third in last season’s Division II state tournament at 106 pounds, and is looking for more in his junior season.

“He works harder than anyone else in the room,” Cooperstown/Milford coach Mike Croft said of Leonard. “He wrestles year-round and never really takes a day off. It was only a matter of time, and he’s definitely earned it.”

Leonard notched an emphatic pin of Carthage’s Dylan Thomas in the quarterfinals, needing just 1:23 to advance. He reached the quarterfinals in the same manner, pinning Kai Kogut of Saugerties in 54 seconds.

Leonard will take on Gus Spohn of Cobleskill/Richmondville in the semifinals for Cooperstown/Milford, which was 16th with 17 points after the first day.

Hosts Oneonta topped all local teams with five semifinalists, entering the weekend in sixth place as a team with 47 points. Jack Caruso was the first Yellowjacket to qualify, using a bye in the first round and pinning Susquehanna Valley’s Adam Leonard in 1:24 to reach the semifinals at 132.

Ardell Wellman followed a similar path at 145, bypassing the first round before pinning Matteo Rossini of Burnt Hills (1:29) in the quarterfinals.

Mateo Goodhue will appear in the semifinals at 170, using a bye into the quarterfinals, where he emphatically pinned Landon Stack of Chenango Forks in 1:19.

Dalton Wells earned a semifinal spot at 195, pinning Kevin Lacomb of Carthage in 2:43 of the quarterfinals. Jerimiah Morris was the fifth OHS wrestler to enter the semifinals, pinning Carthage’s Collin Null in 53 seconds of their quarterfinal in the 285-pound weight class.

Bainbridge-Guilford/Afton/Harpursville placed four in the semifinals, and enters the weekend as the top local team, totaling 58.5 points for third place.

Darren Florance reached the semifinals at 99 pounds with a technical fall over Ty Bender of Chenango Forks in 4:52. Joey Florance pinned Elmira’s Drew Arnold in 3:35 of a 106-pound quarterfinal after a first-round bye.

Brody Oleksak used a first-round bye and a pin of Walton/Delhi’s Dustin Copeland in 1:00 to reach the semifinals at 145, where he will meet Wellman of Oneonta.

Austin Eggleston notched the fourth quarterfinal win for BGAH with a pin of Burnt Hills’ Danny Casey in 3:21 at 195.

Unadilla Valley/Unatego placed three wrestlers in the semifinals and were ninth with 43 points after Friday’s bouts. Wyatt Meade pinned Zack Stewart of Elmira in 1:18 after a first-round bye at 99 pounds.

The other two UV/U semifinalists are at 160 pounds, but on opposite sides of the bracket. Travis Knapp and Jarrett Thayer each notched a pair of pins to earn separate semifinal berths, and may meet in the final.

Walton/Delhi equaled UV/U with three semifinal berths, totaling 32.5 points for 11th place. Cody Merwin was the first to clinch, earning a technical fall in the first round and a pin of Elmira’s Eli Carpenter in 1:34 of a 126-pound quarterfinal.

Nick Lamoreaux was next for W/D, taking a first round bye and pinning Aiden Gruen of Saugerties in 2:21 to qualify at 152.

Scott Barnhardt rounded out W/D’s qualifiers with a hard-fought match at 220, eventually pinning Masen Cooper of Cobleskill-Richmondville in 4:26.

Burnt Hills entered the weekend in first place with 91.5 points, 30.5 ahead of second-place Chenango Forks with 61.

Action restarts Saturday, Jan. 4, with wrestlebacks beginning at 8:30 a.m. Semifinals will begin at 9:30 a.m., with fifth-sixth and third-fourth placing matches beginning at 2 p.m.

Finals are slated to begin after the other placing matches, at approximately 3:30 p.m.