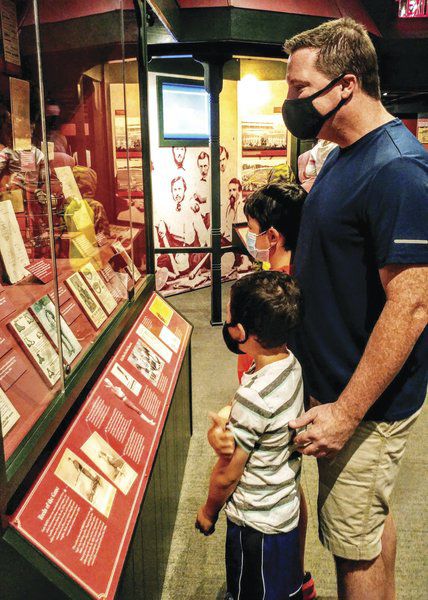 Charlie VascellaroThe O'Brien family looks at an exhibit during a trip to the National Baseball Hall of Fame and Museum on Friday, June 26. 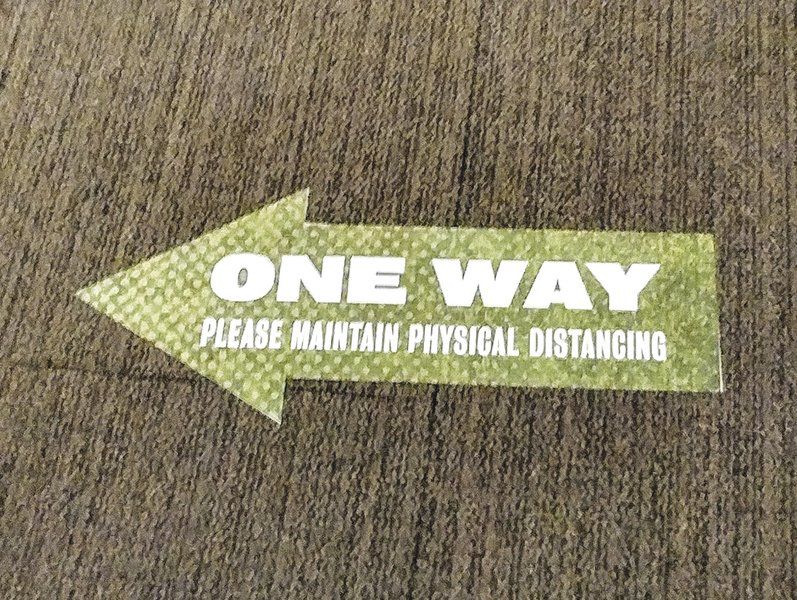 Charlie VascellaroThe O'Brien family looks at an exhibit during a trip to the National Baseball Hall of Fame and Museum on Friday, June 26.

There isn’t really an Opening Day at the National Baseball Hall of Fame and Museum, which is open every day of the year with the exceptions of Thanksgiving, Christmas and New Year’s Day. But much of the Hall’s ongoing schedule of events is in conjunction with the Major League Baseball season.

Just two days after the Major League season was suspended during the middle of spring training on March 12, the Hall of Fame closed its doors indefinitely on March 15 in response to health concerns presented by the COVID-19 outbreak.

On April 29, the Hall of Fame’s Board of Directors voted unanimously to cancel the 2020 Hall of Fame Induction Ceremony and the weekend’s awards ceremonies, all of which have been postponed until the summer of 2021.

Friday, just three days after Major League Baseball announced plans to play an abbreviated 60-game season beginning in late July, the Hall of Fame reopened its doors to the public at 9 a.m.

“Once we knew we were in Phase Four [of New York’s phased reopening plan] we made the decision to re-open,” said Hall of Fame President Tim Mead, who was in the lobby to meet the first group of visitors upon arrival.

“Our task force was composed of senior staff involved in every aspect of the museum and we had been in discussions about this for weeks with contributions coming from every department. We wanted to be sure to pay attention to every detail regarding safety and health and you’ll see that in the preparations that have been made throughout the museum,” Mead said.

Several safety measures have been placed in the museum in accordance with criteria devised by the Centers for Disease Control and Prevention as well as the state, along with the certification of an industrial hygiene technician. Directional markers on the floors and stairways, signs reminding visitors to keep a safe distance between each other and more than 25 hand-sanitizing stations are among noticeable additions to museum exhibits and the Hall of Fame plaque gallery. Larger gathering spaces such as the Grandstand Theater, Bullpen Theater, Sandlot Kids Clubhouse and Learning Center remain closed.

The Hall is resuming to its regular 9 a.m. through 5 p.m. hours, with timed admission tickets for no more than 25 people entering the museum each half hour.

Masks are required for entry and a rubber-tipped stylus for use on touch screens and buttons is distributed to each visitor upon admission.

Approximately 18-20 people arrived just before the 9 a.m. opening Friday, including Eugene O’Brien of Phoenix, Arizona and his sons Tadhg, 6, and Kian, 8. The group arrived in the area June 17 for an extended stay that included a visit with grandmother Marjorie O’Brien of Syracuse, who joined the trio for Friday's trip to the museum.

“We had this vacation planned in January and feel lucky to have made it. The boys were visiting their mom in Chicago for spring break and have been there since March 13," Eugene said. “This is the only thing we’ve been able to do in the 10 days since we’ve been here.”

Like the "Night at the Museum" movies, the Hall was quiet upon entry. The Plaque Gallery was completely empty of people apart from museum staff, which outnumbered visitors for at least the first two hours after opening.

The lack of a large crowd made it easy to move through the museum and exhibits at a safe distance from others while allowing plenty of time to read labels and descriptions without feeling hurried or pressured to continue moving.

While the impending Major League Baseball season is still about a month from beginning, it’s Opening Day all over again at the Hall of Fame.