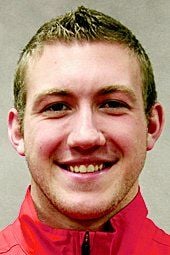 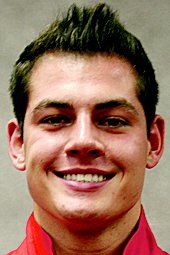 Carr won the 200 crown in 21.45 seconds and ran the anchor leg for the victorious 1,600 relay team, which crossed in 3:18.63. Carr followed classmate Micah Patterson, junior Rob Farrell and freshman Mike Engesser in the 1,600 relay.

Schenevus graduate Patrick Weinert contributed a second in the hammer throw with a program record of 200 feet, 6 inches for the Red Dragons, whose 63 team points were three better than runner-up Bates. Weinert, a junior, broke the record he set at the SUNY Athletic Conference championships two weeks ago by 3-3.25 and ranks fourth among NCAA Division III athletes in the event.

The Red Dragons also got an all-ECAC finish from their 3,200 relay team as Engesser, Bobby Gallant, Kyle Howerton and David Bohunicky placed fifth in 7:52.08.

“After finishing the last three ECAC championships second or third, it was great for the men to finally take home the win,” O-State coach Angelo Posillico said in a media release prepared by the college. “We succeeded in our usual areas, but it was nice to also see our middle-distance program step up and contribute valuable points.”

On Sunday, the NCAA announced the participant list for the D-III championships, which run Thursday through Saturday at Ohio Wesleyan University.

SUNY Cobleskill selected the following athletes as team MVPs for the 2013-14 academic year: