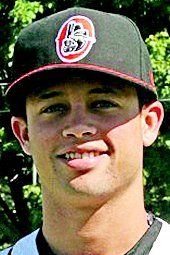 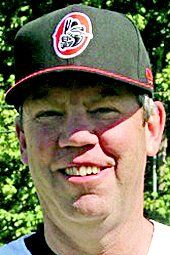 Don’t be surprised if Ben Mauseth steals the show tonight.

Should Mauseth reach base safely tonight, there’s a good chance he’ll try to grab an extra one or more against a Western Division roster that features an NYCBL-high 10 All-Stars from the 24-6 Hornell Dodgers.

Mauseth is 28-for-30 in stolen-base attempts this season for the Outlaws (17-12), who won five straight games against the Cortland Crush over the weekend to take over second place in the six-team Eastern Division. Defending NYCBL champion Oneonta, which is coached by Oneonta High athletic director and varsity baseball head Joe Hughes, enters the All-Star break one game behind the Geneva Red Wings (18-11) for the top spot in the East.

Hughes won the 2013 NYCBL Coach of the Year award in his first season as the Outlaws head coach. He’ll also manage the Eastern Division All-Stars tonight, opposite Hornell’s Tom Kenney.

Middle infielder Mauseth, who set the Arizona state record with 55 stolen bases in his senior season at Rio Rico High, is a big reason for Oneonta’s success this season.

In addition to topping the league in stolen bases — he’s nine swipes ahead of fellow All-Stars Brandon Sandoval of Hornell and Matt McCann of the Syracuse Junior Chiefs — Mauseth leads the Outlaws with 20 RBIs and 18 runs. Oneonta’s leadoff batter also ranks second on the team in batting average (.311), hits (33) and doubles (seven), tying Frank D’Agostino in the last.

The team leader in all three of those categories happens to be an NYCBL All-Star this season, too.

Outlaws first baseman Ramon Osuna Sanchez earned his All-Star roster spot with a .324 batting average built on 34 hits, including 10 doubles. Osuna Sanchez also has driven in 19 runs and scored 13 times for the Outlaws, who will send outfielder Taylor Jones and right-handed pitchers Brandon Agar and Taylor Hicks to the home of the Genesee Rapids tonight.

Hicks and Agar rank 1-2 on the Outlaws in strikeouts, with 33 and 28, respectively. Starter Hicks is 4-1 with a 1.97 ERA, giving up seven earned runs on 15 hits in 32 innings pitched. Agar, who finished second to teammate Corey Kafka in the 2013 NYCBL Reliever of the Year voting, has a 2.05 ERA and a team-high three saves this season. He has allowed five earned runs on 11 hits in 22 innings.

Osuna Sanchez also will compete in the NYCBL All-Star Home Run Derby, which starts at 6 p.m. today. Tied with Mauseth and Kyle Brennan for the team lead at one homer apiece, Osuna Sanchez will attempt to beat eight other All-Stars in the derby.

Zephan Kash of the Cortland Crush and Sam Kim of the Geneva Red Wings highlight the derby as they are tied for the league lead with four homers apiece. The field also features Mike Annone of the Geneva Twins (three homers), Mark Lepri of the Olean Oilers (three) and Michael Kerr of the Rapids (two).

Derby participants who are still seeking their first homers of the 2014 season are Sabatino DiNardo of the Wellsville Nitros, Luke Emling of the Chiefs and Tom Nagy of the Syracuse Salt Cats.

The Outlaws will return to regular-season play at 5 p.m. Wednesday at the Sherrill Silversmiths (15-15), who also will host Oneonta at 5 p.m. Thursday. The Outlaws follow with a 3 p.m. game Friday at the Salt Cats (17-14), who will visit Oneonta for a 7 p.m. game Saturday at Damaschke Field.

MARYLAND - Gisela M. "GG" Manchester, 83, passed away on Sunday, Oct. 18, 2020, at her residence. She was born on May 6, 1937, the daughter of Karl and Marie (Irmscher) Ries. GG was born in Germany and moved to America with her husband Harry D. Manchester and lived in Worcester most of her l…