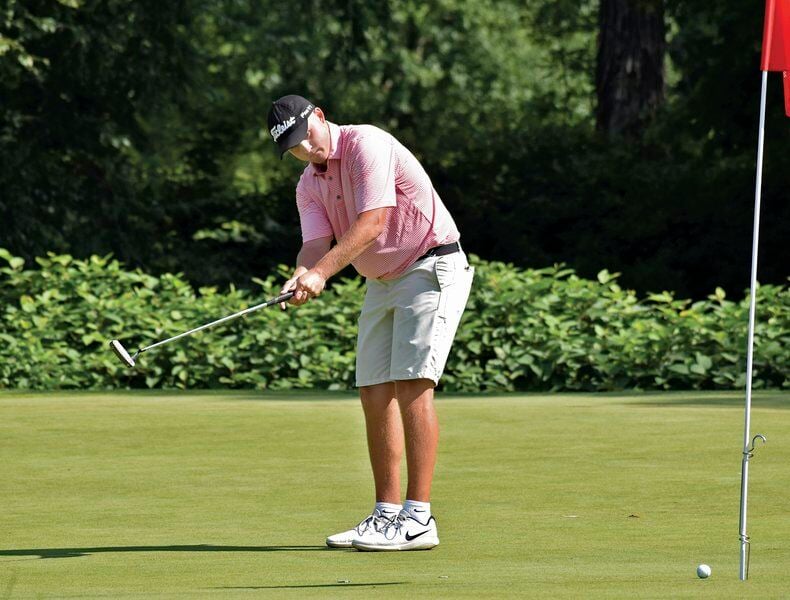 JARED BOMBA | The Daily Star Evan Sitts urges his birdie putt into the hole on the 15th green Sunday, Aug. 16, during the second round of the Otsego County Amateur at Oneonta Country Club. 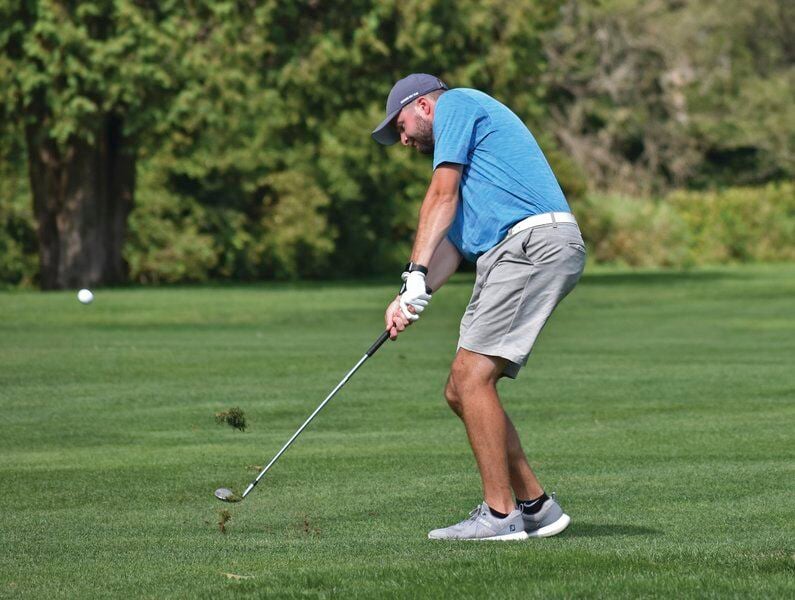 JARED BOMBA | The Daily Star Levi Decker hits his approach shot on the 16th hole Sunday, Aug. 16, during the second round of the Otsego County Amateur at Oneonta Country Club. 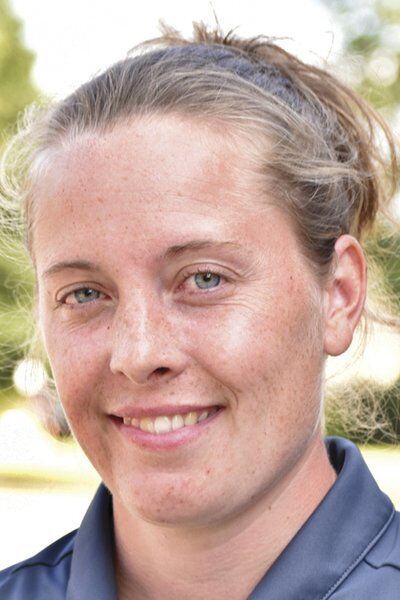 JARED BOMBA | The Daily Star Evan Sitts urges his birdie putt into the hole on the 15th green Sunday, Aug. 16, during the second round of the Otsego County Amateur at Oneonta Country Club.

JARED BOMBA | The Daily Star Levi Decker hits his approach shot on the 16th hole Sunday, Aug. 16, during the second round of the Otsego County Amateur at Oneonta Country Club.

Evan Sitts made it three wins this summer, totaling a 1-over 145 during two days of competition to win the Atchinson Cup by five strokes in his first entry at the 43-year-old tournament.

Sitts entered Sunday with a two-stroke lead after firing a 73 on Saturday at Colonial Ridge, but Levi Decker and Mike Schulte, each earning a place in the final group with scores of 75 on Saturday, trimmed the lead to one with nine holes to play.

"Coming into the round I wanted to just keep making pars, pars are good," Sitts said. "I made eight on the front, and on the back nine the lead started to grow a little bit so I just told myself to keep it in play and hit the center of the green."

A birdie on the par-3 10th hole made the gap two early in the second nine, and a pair of bogies from Decker and Schulte made the deficit three entering the 15th hole despite a bogey from Sitts on the 12th.

Sitts took complete control on the 15th and 16th holes. He knocked down a birdie putt on 15 after flying his approach to about 10 feet, and on 16 confidently made an uphill 12-footer for par to retain plenty of breathing room with two holes to play.

"I had two good par saves on 13 and 14 so I felt confident," Sitts said. "On 15 I had a good line and trusted it, so I ended up making it. Then that par on 16 was probably the biggest putt of the day. The putter down the stretch really won it for me."

Miller was the only player other than Sitts to shoot even par or better in the final nine holes, squeezing into second place.

Carrington, who won the tournament in 2018, entered Sunday six strokes back but equaled Sitts with the event's lowest round by firing 72 at OCC.

"I just can't seem to put it together, I'm kind of doing it to myself," Carrington said. "I cost myself some [Saturday], and I couldn't make it up on Evan today, he's a great kid and a great golfer. A couple things go my way and maybe I have a shot today but I just didn't make any putts."

"It was exciting, I've never won it before. I just stayed positive, stayed focused and it worked out in my favor," Acre said. "It was really nice to see a bigger turnout this year, and it just gets you excited that more ladies are interested and wanting to play so I was glad to see it."

Eleven competitors between the two women's divisions made for a larger field than past years, according to OCC head golf professional Matt Schulte. He also said the 17 players in the championship flight was an increase from past years. He identified younger players and couples as being among the people getting more involved in the game during the COVID-19 pandemic.

"Competitions this year are up in terms of participation. I think maybe people feel like they are missing out if they aren't doing it," Schulte said. "Golf can be whatever you want it to be. You can be competitive, you can be social, you can just play against the course, you can make it what you want."

Sitts was among the tournament's younger faces over the weekend, but is certainly not a new one on the local golf scene. He also won the Oneonta Country Club Championship and the Triple Cities Golf Association Amateur Championship earlier in the summer after transferring to Binghamton University from York College of Pennsylvania. He said he will begin his sophomore year later in August, and that practice is slated to begin in September, a new chapter of a career that also included successful high school seasons as a student at Oneonta High School.

While he anticipated playing other tournaments this summer, like the canceled state amateur championship, he called the summer's wins "confidence boosters." So he is no newcomer to the game, he also brought a fresh face to the tournament's top flight – and even those he beat over the weekend are glad to have new players in the mix.