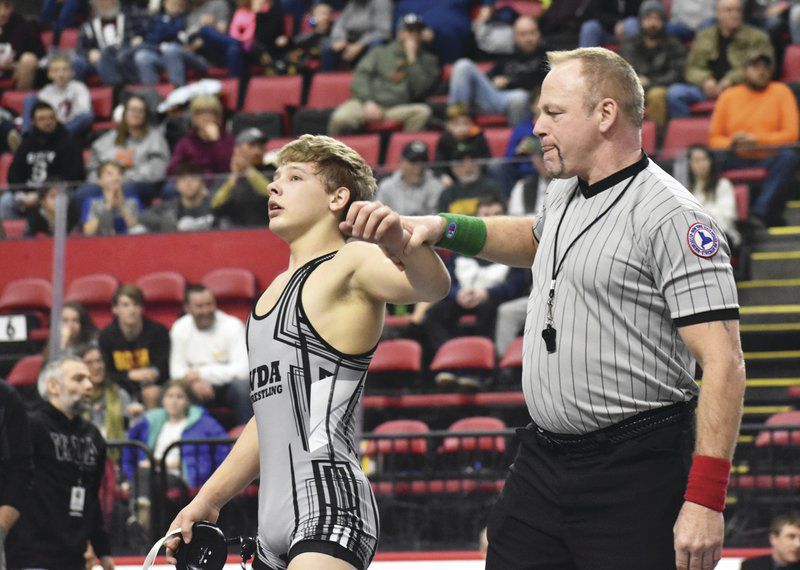 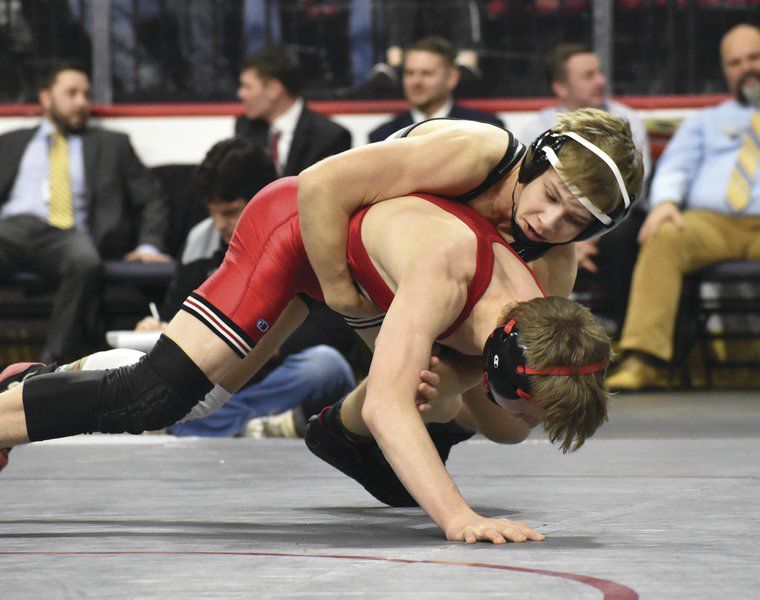 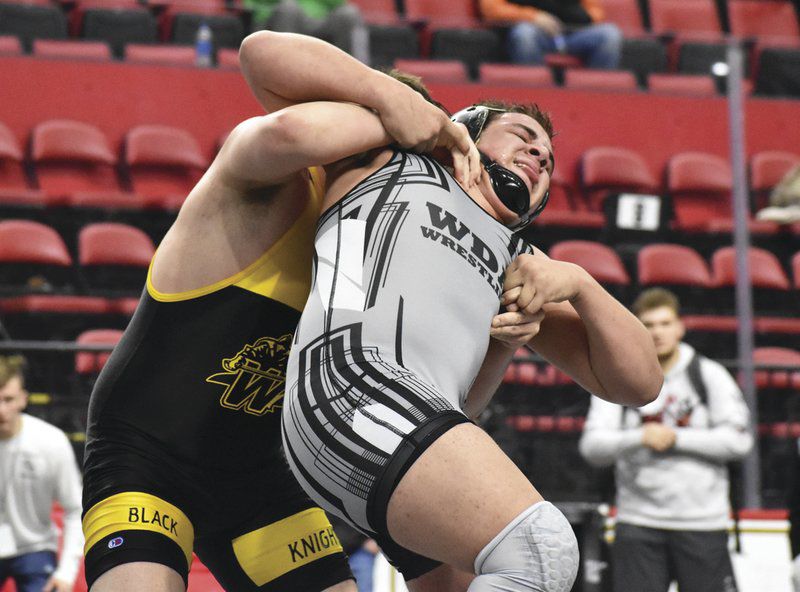 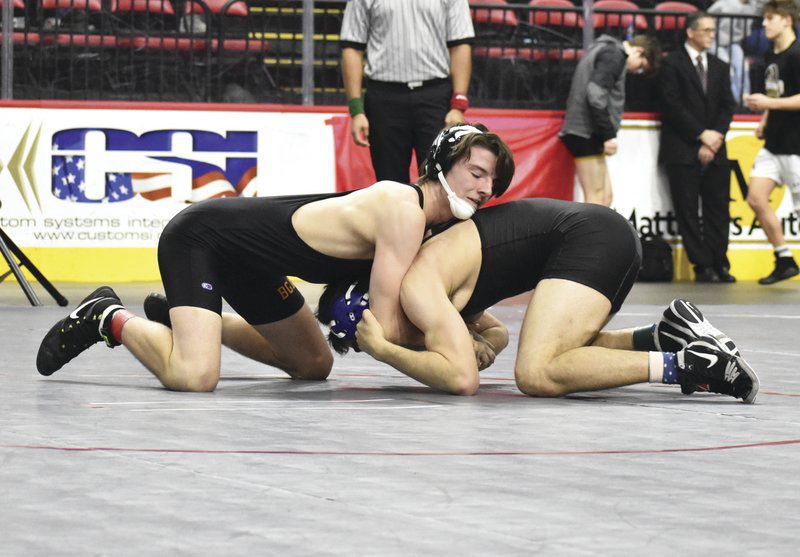 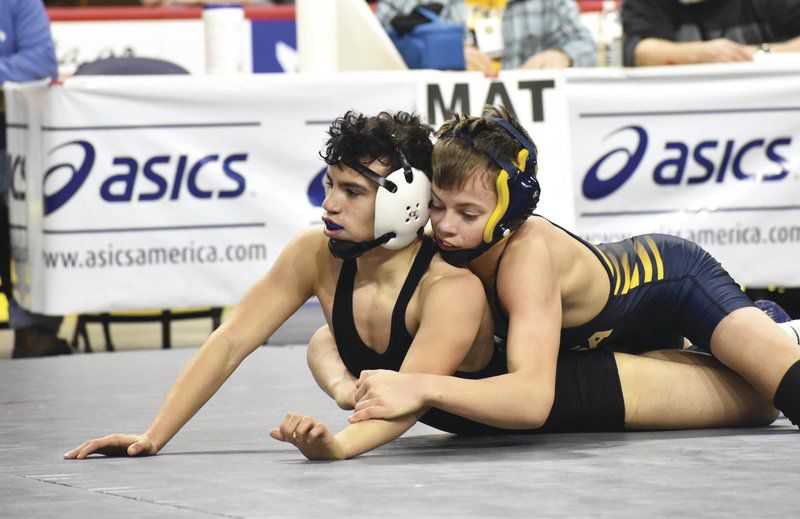 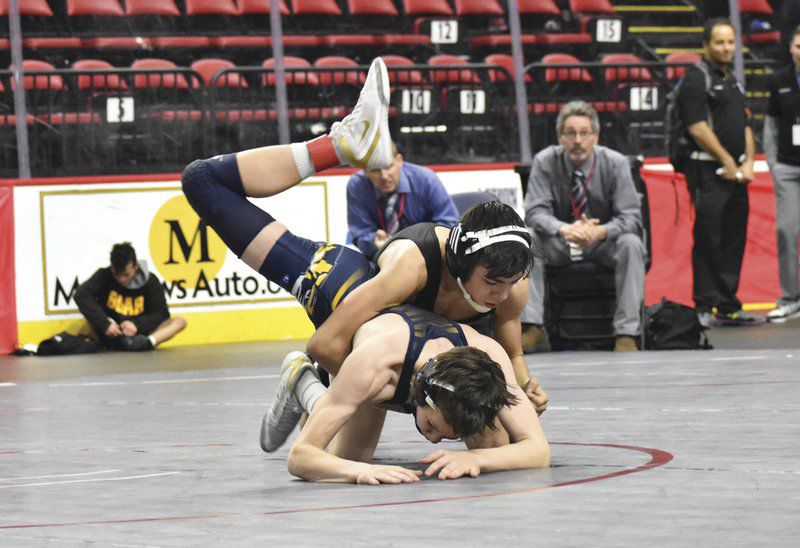 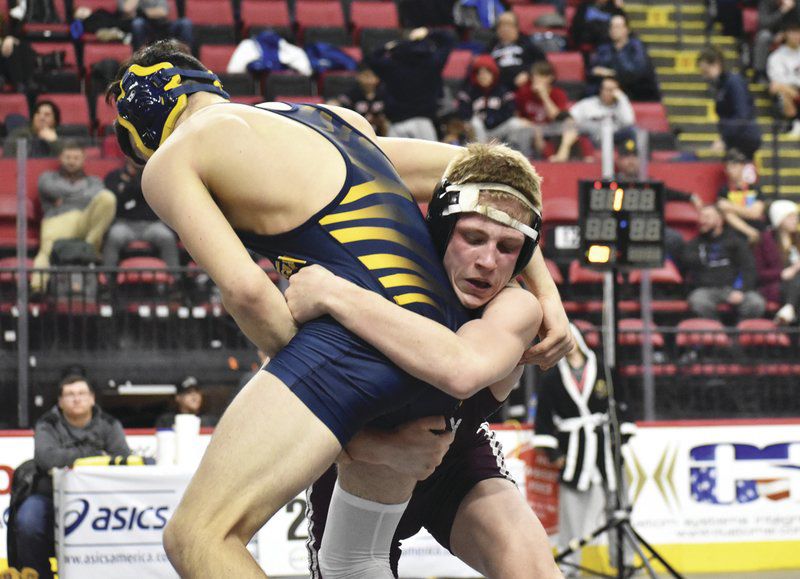 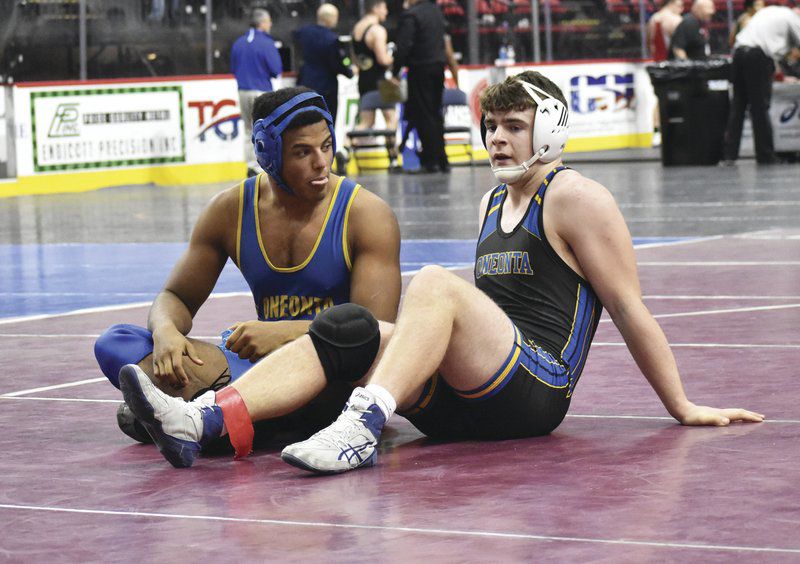 Merwin and Oleksak both won their second section titles, and Barnhart earned his first to lead four other local finalists and 24 top-six finishers from the area.

Merwin was the first local athlete to earn section gold, doing so as the second seed in the 126-pound weight class.

He took an early lead and had a 4-2 advantage late in the second period of the final before Groton's Kyle Willard earned two points right at the buzzer to tie it entering the third period.

Merwin started on the bottom in the third and Willard attempted to stop him from earning an escape point, but was eventually penalized for stalling before letting Merwin earn the one-pointer. The resulting 6-4 deficit did not change as Merwin backed up a section title at 113 last year with his second section crown.

"He just works his heart out. He's a terrific wrestler, he wrestles 12 months out of the year," Walton/Delhi coach John Jackson said. "He'll wrestle the best of the best. He'd like to wrestle the best there is every night. That's the type of kid he is."

Willard was a familiar opponent for Merwin, as their meeting in the final at 113 last season was not their only previous matchup.

"I've wrestled him four times now in the last few years and he's beaten me once, and they've all been six minutes," Merwin said. "I can run a mile in six minutes, but there's nothing like wrestling six minutes."

Last year, Willard earned an at-large entry to the state tournament despite falling in the section final, and eventually finished fifth, ahead of Merwin.

Merwin said this win justified a realization that he was better than he had previously given himself credit for after faltering at states a year ago.

"It was a bit of a rude awakening last year when I beat him in the section finals in overtime," Merwin said, referencing that Willard surpassed him at states. "Seeing that, I realized that I'm a category up from where I'd put myself. I just need to believe in it and go out and work."

The junior (32-6) reached the final with a pin of Oneonta's Jack Caruso in the quarterfinals and a 12-1 decision over Windsor's Ryan Kennedy in the semifinal.

He was named the division's most outstanding wrestler for his performance, and will make a third appearance at the state competition.

Barnhart made it two titles for Walton/Delhi with a bruising, 4-3 win over Windsor's Collin Bidwell in quadruple overtime at 220 pounds.

Barnhart, the top seed, held an early 2-0 lead before Bidwell, who was seeded second, evened it at two in the second period. After a scoreless third, Barnhart went to his corner and indicated that he was nauseated, before eventually returning to the mat.

"That's what I work on every single day. Stand-ups, all day long," Barnhart said.

"It took a lot of heart to do what he did, and he got it done against a terrific wrestler," Jackson said.

"It's whoever has the most heart," Barnhart said. "If you don't have the heart to go to states, you're not going. It's just who works harder."

It was a rough encounter between two competitors willing to physically assert themselves.

"That's exactly what I expected from them. I didn't expect them to go to ultimate tiebreaker, but hey," Jackson said.

Oleksak, the top seed, ran out to an 11-0 lead over Dryden's Bobby Brotherton at 145 before conceding two back points and stopping the match with what appeared to be an ankle injury.

The remaining 40 seconds did not see Oleksak concede further points to Brotherton, but may have taken the shine off a second section title. Seconds after winning, the Afton junior was already looking two weeks ahead, aiming to improve on a fifth-place finish last year at 138.

"I think it was pretty well under control at that point, but at this part of the season this stinks," Oleksak. "It's still special, but last year, two weeks after I didn't get where I wanted to be so it just drives me more."

"Right now, our number one goal is get as healthy as we possibly can," BGAH coach Brandon MacNaught said. "We just gotta keep plugging away. We were right there last year. There's no kid that he can't beat, but that doesn't mean we'll win them all, though."

BGAH had three other wrestlers reach a final, but all of them settled for second-place finishes.

Eighth-grader Darren Florance fell behind Tioga's Gianni Silvestri, 7-0, and ran out of time to erase the deficit at 99 pounds. He had pinned Susquehanna Valley's Tim Boyce in the quarterfinals and earned a 5-4 decision over Norwich's Max Morris in the semifinals.

Joey Florance suffered the same fate in the next match, missing out on a second section title with a 2-0 loss to Tioga's Caden Bellis. Scoreless first and third periods sandwiched a second period that saw Bellis, the top seed, earn early back points before riding out the rest of the frame.

The BGAH freshman earned a pair of pins in the quarterfinals and semifinals as the bracket's second seed.

Senior Timmy James made the fourth finals appearance for BGAH as the second seed at 285. Pins in the quarterfinals and semifinals reversed in the final as he fell to Norwich's Tyler Rice in 1:42.

Sidney's Zach Harrington was the remaining local finalist, and fell to Tioga's Brady Worthing, 9-1, at 138.

Worthing took a 7-0 lead before Harrington got on the board with an escape, but the final two points of the match went to Worthing as Harrington pressed to close the gap.

At 195, a pair of Yellowjackets squared off in the fifth-place match. Quinten Bissell-Smith, Oneonta's lone senior, pinned junior Dalton Wells in 2:38 to earn fifth place in his final high school match.

"It's emotional for me. I love my teammates, and I'd like to impart something to them, at least," Bissell-Smith said. "I'd like to shine light on some of my teammates and how well they did. We have so little guys and half of them made sectionals, I think that's fantastic."

BGAH also had four other top-six finishers. Jose Bivar fell to W/D's Noah Sovocool in the consolation final to take fourth at 113. Jacob Terpstra took fifth at 120, Brady Buttice was fifth at 152 and Rocco Arduini took fifth at 220. BGAH totaled eight podium finishers, all of them in the top five.

Deposit/Hancock was led by Evan Kenyon's fifth-place finish at 285, while teammate Jesse O'Donnell took sixth at 170.

Sidney's Trevor Harrington made it 24 local top-six finishes by taking fifth at 182.

MacNaught voiced his expectations to go higher than fourth in 2021.

"Well, the finals didn't really go as well as we hoped, but we knew we had some tough matches," he said. "We brought nine and we put eight in the top five, and we return seven of them so that's something to build on.

"Yeah, I won't be happy with fourth next year," he continued.

The section winners, along with wild-card entries, will advance to the NYSPHSAA state championships, scheduled for Feb. 28 and Feb. 29 at the Times Union Center in Albany.

ANDES - Robert C. Storey Jr., 55, of Andes, passed away peacefully at home on April 2, 2020, following a courageous battle with cancer. His family was by his side. He was born on May 1, 1964, in Margaretville. He was the son of Robert Storey Sr. and Barbara T. Bouton (Turner). He attended Ma…

YORKTOWN, Va. - Frederick L. Page of Yorktown, Virginia, passed away on Sunday, April 5, 2020. He was born in New Berlin, on July 30, 1937, to George and Loretta Page. He was predeceased by his father, George Page; stepmother, Wilma Page; and stepfather, Frank Cursh. He is survived by his mo…

MIDDLEFIELD - Lloyd D. Allen, 86, formerly of Middlefield, passed away on Saturday, April 4, 2020, following a short illness, at Onslow Hospital in Jacksonville, North Carolina, where he was residing with his daughter and son in-law. He was born on June 15, 1933, in Exeter Center. He was the…