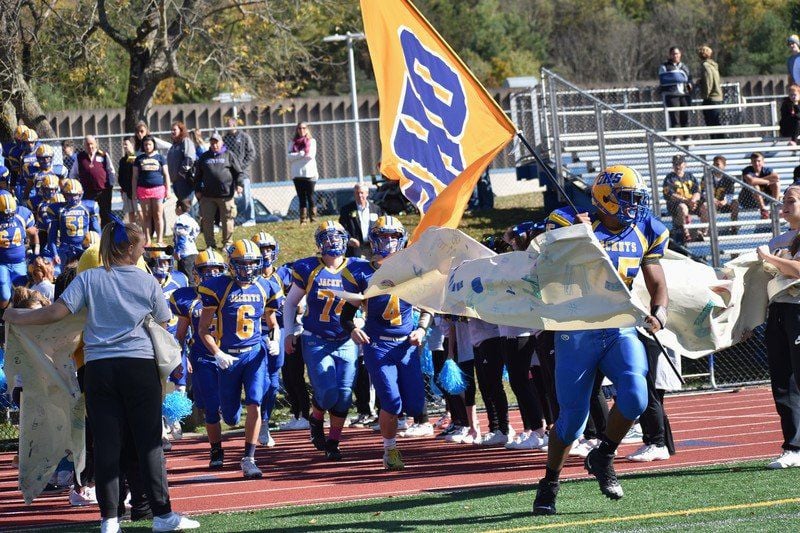 JARED BOMBA | The Daily Star Oneonta takes the field ahead of Saturday's homecoming game against Norwich at Oneonta High School. 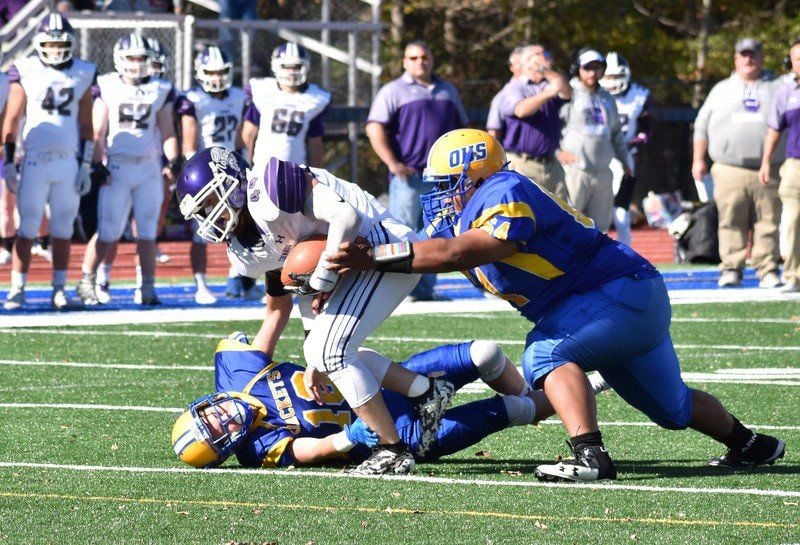 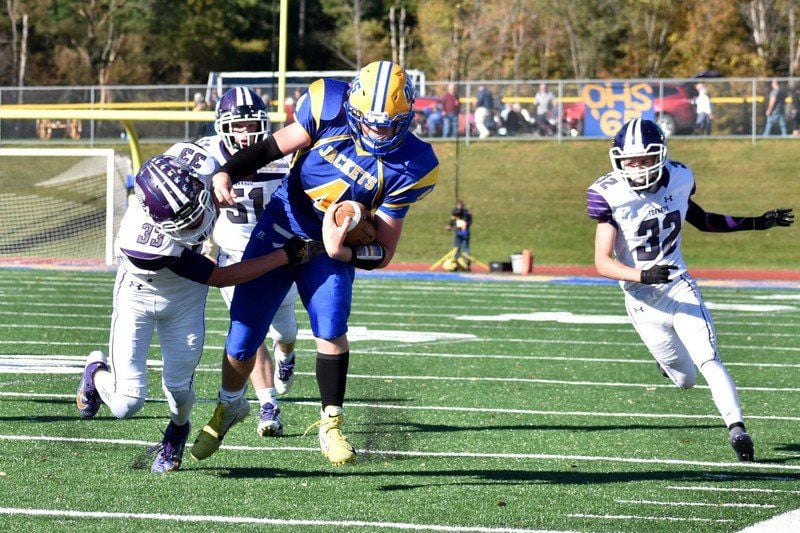 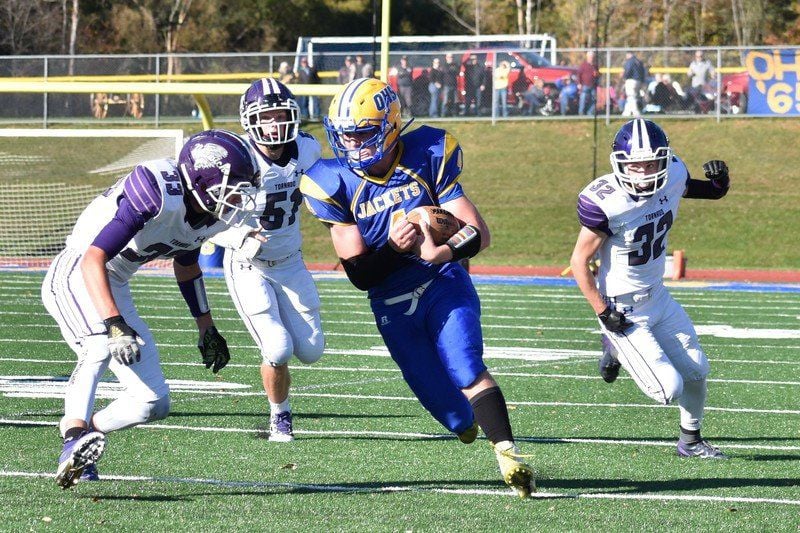 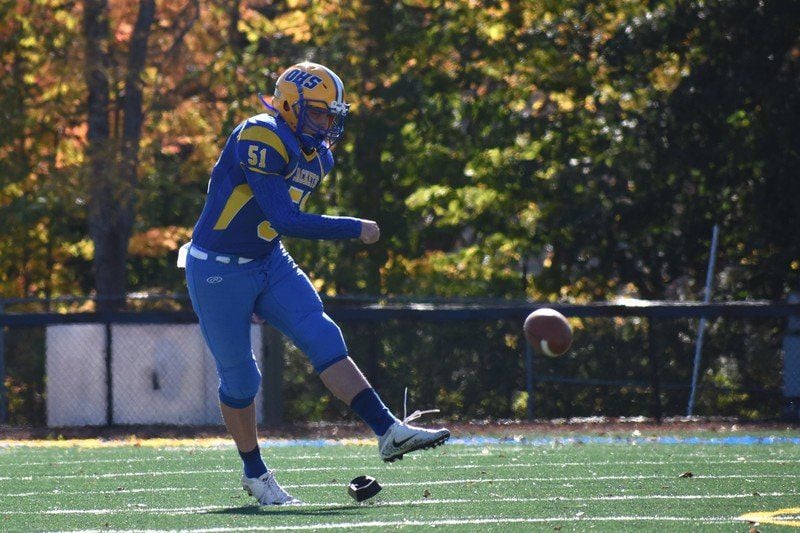 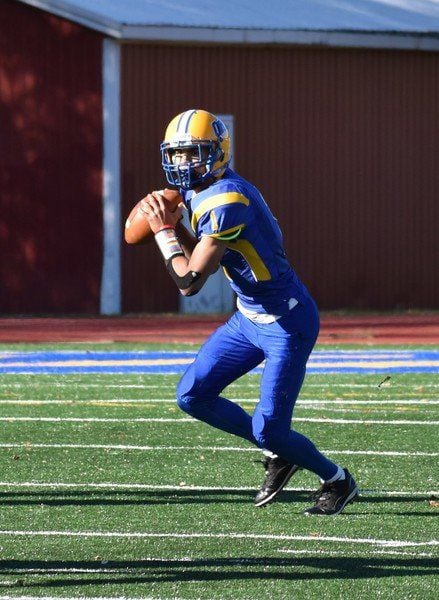 JARED BOMBA | The Daily Star Oneonta quarterback Graham Wooden steps up in the pocket during the second quarter of Saturday's game against Norwich at Oneonta High School.

JARED BOMBA | The Daily Star Oneonta takes the field ahead of Saturday's homecoming game against Norwich at Oneonta High School.

JARED BOMBA | The Daily Star Oneonta quarterback Graham Wooden steps up in the pocket during the second quarter of Saturday's game against Norwich at Oneonta High School.

OHS looked to start with a defensive stop, forcing a third and more than 10 on Norwich’s opening drive, but quarterback Griffin Mills scrambled for the first down. The Purple Tornado went on to score on the drive as David Berger reached the end zone from nine yards, setting the tone for most of the first half.

“We were holding them, it was third and long, and I thought we were going to make them punt,” Mushtare said. “The quarterback, who’s an excellent athlete, squirted up the sideline and got the first down, then they rattled off two or three plays in a row and just deflated us”

Oneonta’s problems compounded in its first possession as quarterback Graham Wooden’s long pass to the far sideline was intercepted. Norwich converted the turnover to seven points with a one-yard run from Mills, and a second interception on the next possession turned into an 15-yard pass for Mills and a 21-0 Norwich lead.

Constant Norwich pressure in the face of Wooden continued to cause problems for Oneonta later in the period. The Yellowjackets third possession produced a play with multiple open receivers downfield, but the Norwich rush made Wooden’s throw fall well short for a third interception.

“We got off to a little bit of a slow start, we had some turnovers that led to some early scores,” Mushtare said. “We are a much better team when good things happen to us early and we can keep our spirits up. That didn’t happen for us today.”

The Purple Tornado made it 28-0 before the Yellowjackets picked up their first fresh set of downs with 2:30 left in the period. The drive ended on downs, and Norwich made it 34-0 49 seconds into the second quarter.

A fourth interception produced another touchdown for Norwich, and a fifth ended Oneonta’s best drive of the first half with less than a minute to play. The Purple Tornado took a knee with 17 seconds left to take a 41-point lead into halftime.

“Graham is an excellent athlete and an excellent competitor,” Mushtare said. “He didn’t quit today, he just kept chugging along. He’s not one that’s going to quit, and he will be back Monday ready to go.”

The Oneonta offense saw more success with a focus on the ground game in the second half, but points eluded the Yellowjackets as a fumble on the first play of the fourth quarter ended a drive deep into Norwich territory. Mills ran up the middle for a 48-yard score with 7:13 left in the third for the only points of the second half.

“It was homecoming, it was Norwich, which is always the rivalry. I thought practice at the end of the week was good, and we had a pep rally on Friday,” Mushtare said. “But this is a resilient crew and they tend to come in on Monday ready to go.”