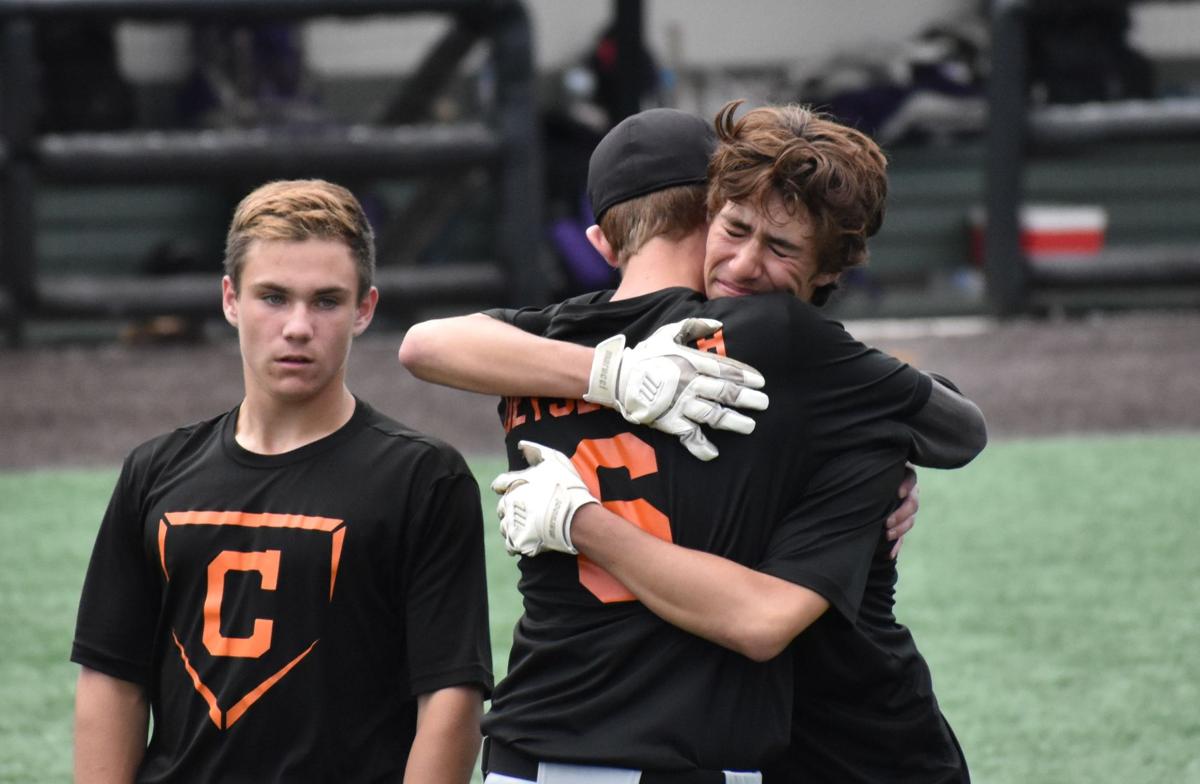 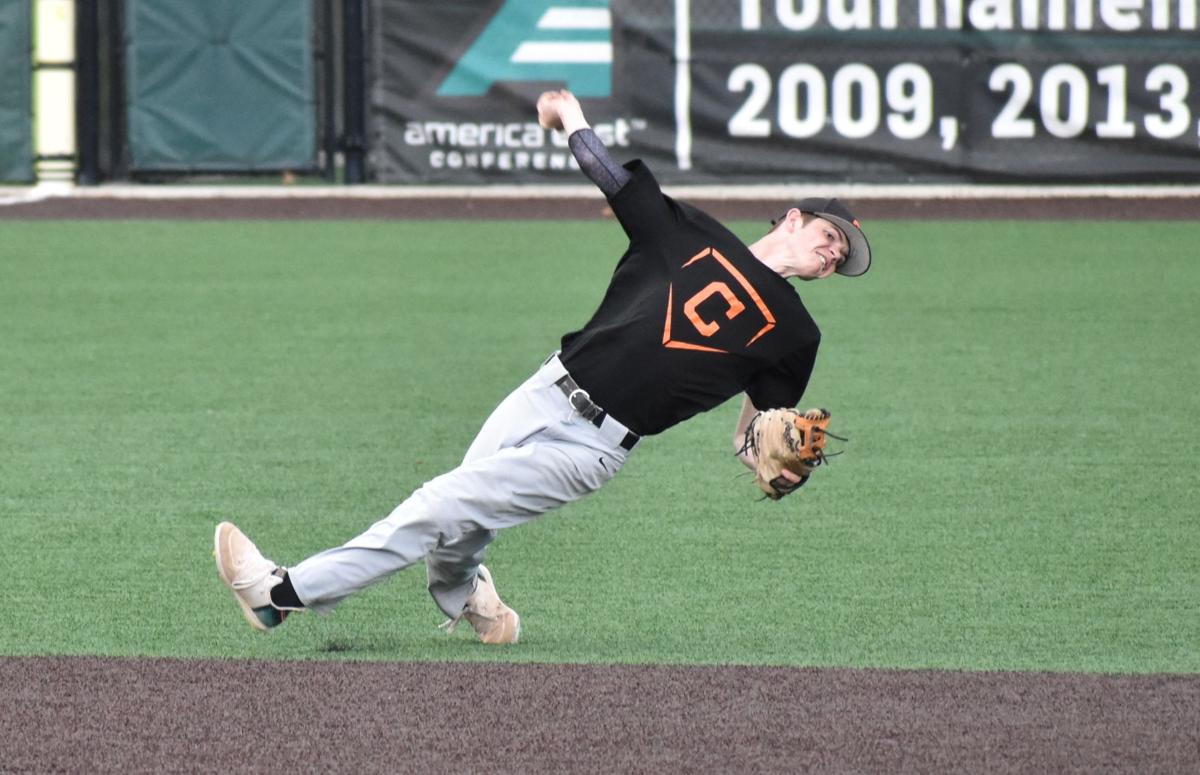 Cooperstown shortstop Kendall Haney slips while throwing to first base during the fourth inning of Saturday's state final at Binghamton University. 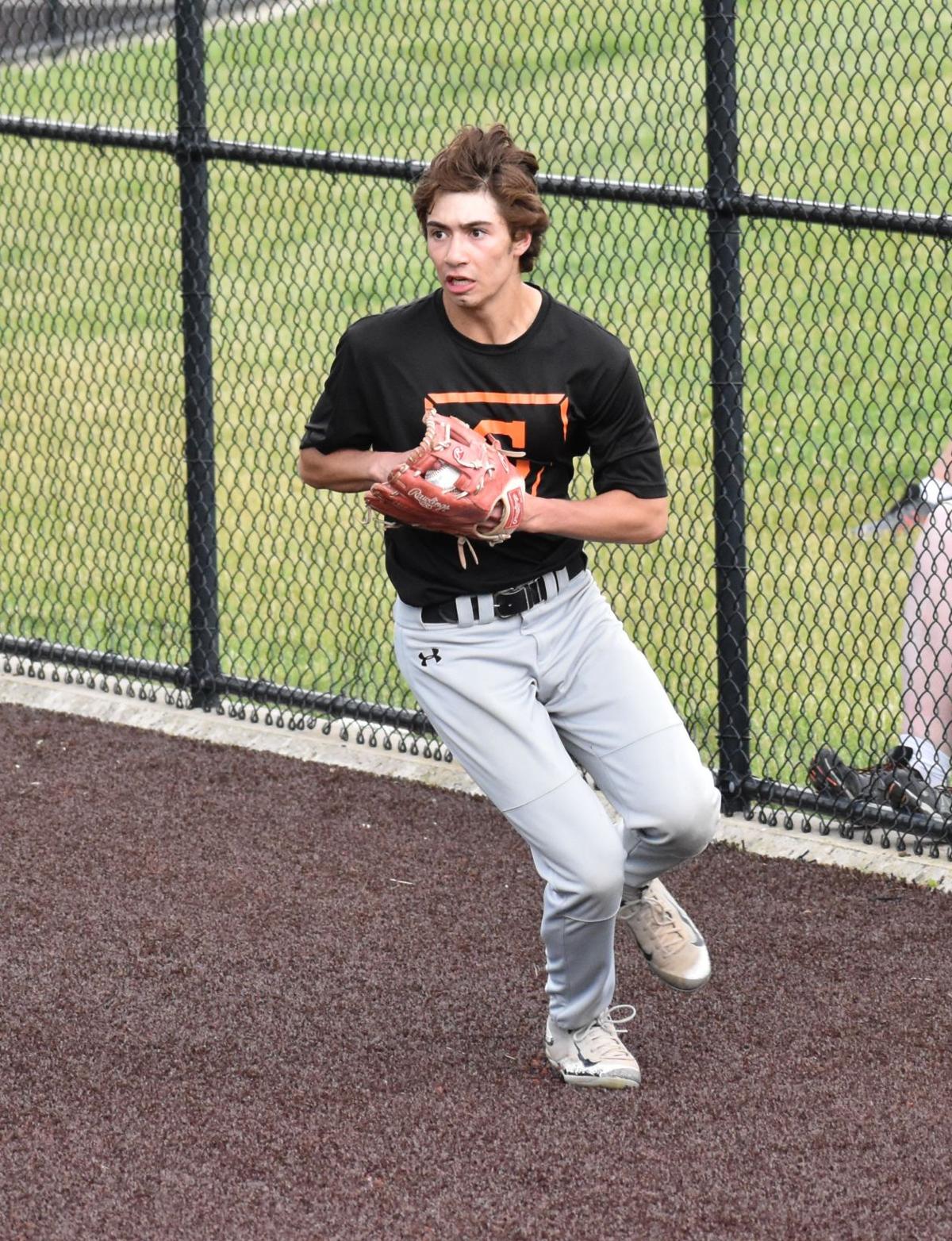 Cooperstown's Jesse Furnari turns to throw home after catching a ball in foul play during the fifth inning of Saturday's state final at Binghamton University. 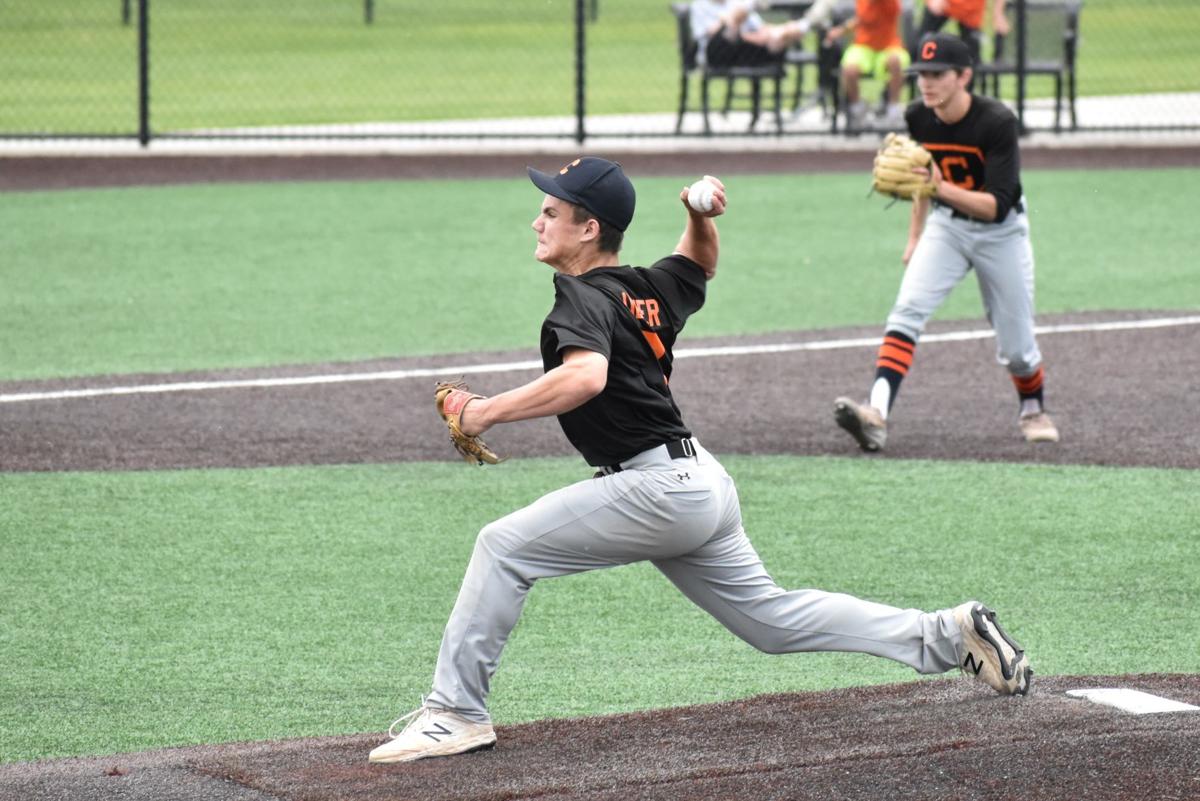 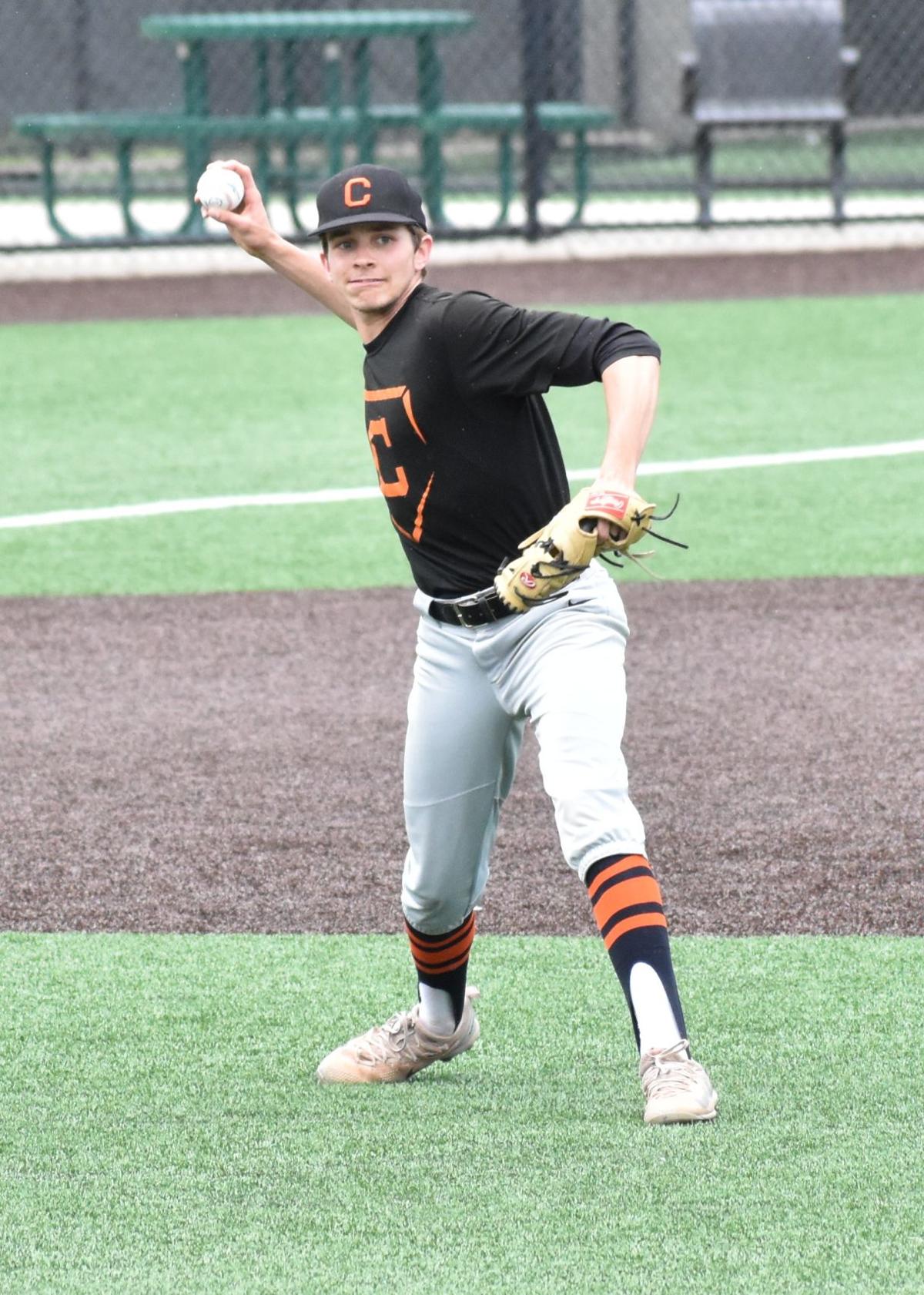 Cooperstown third baseman Ryan Lansing throws to first base during the second inning of Saturday's state final at Binghamton University. 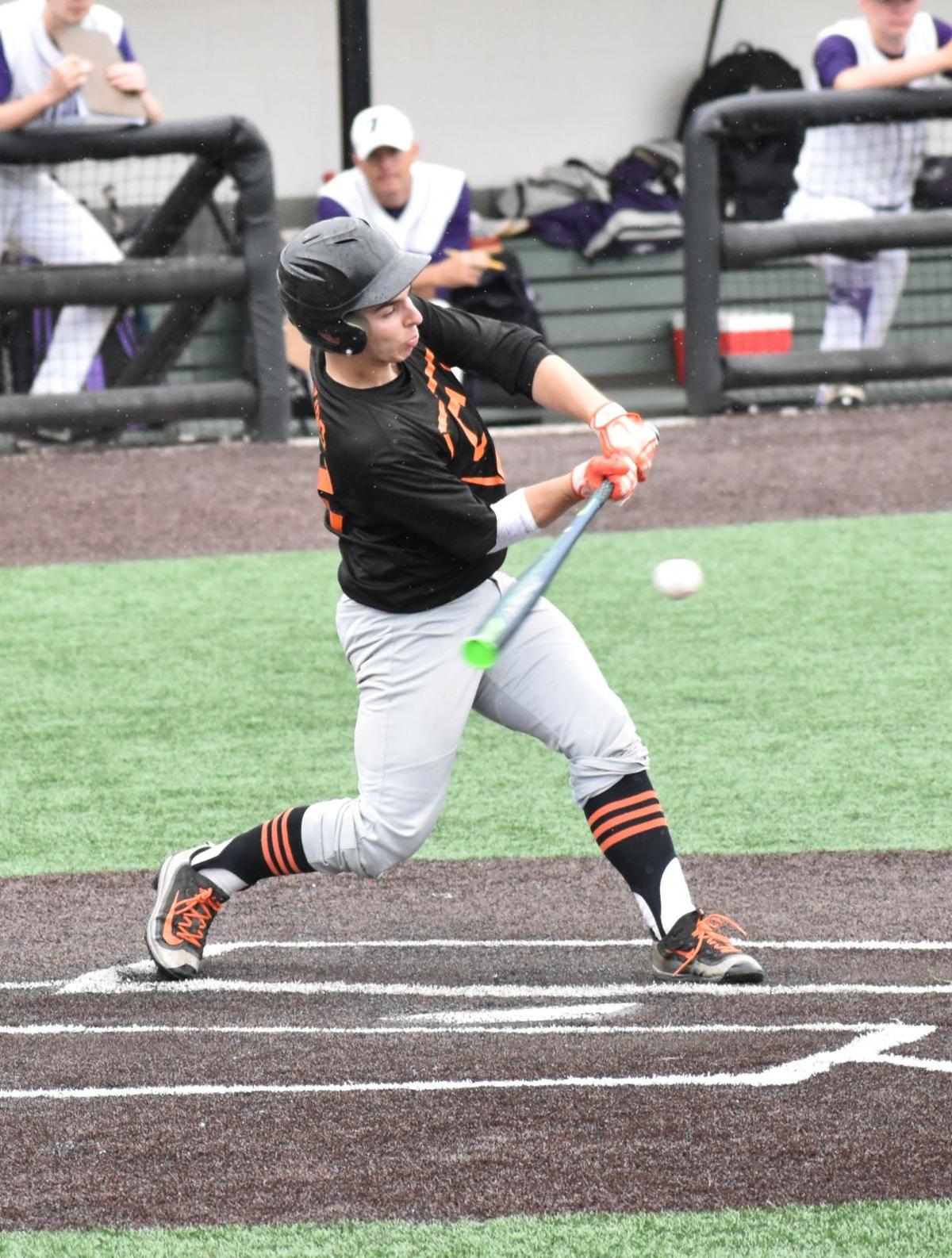 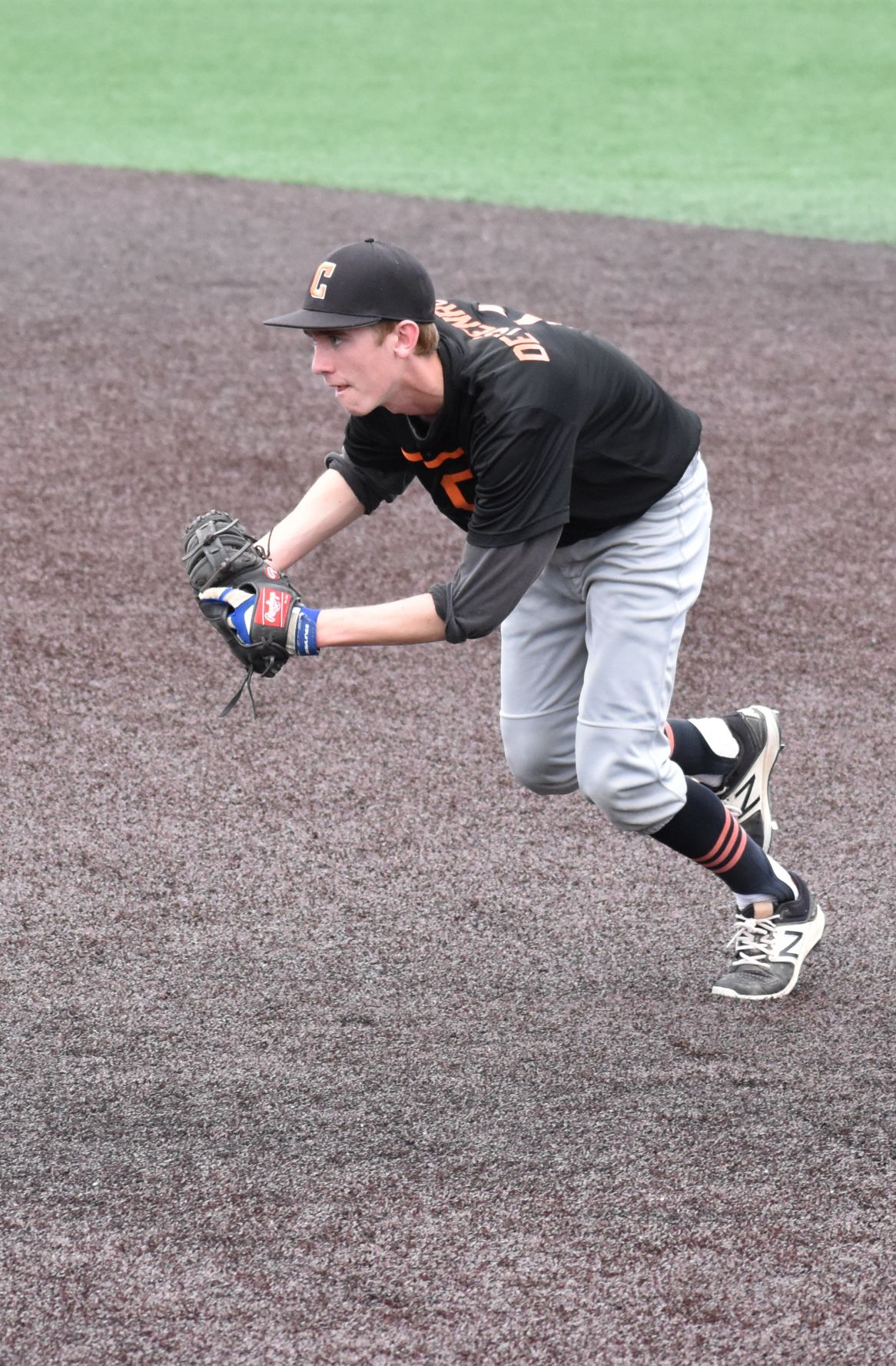 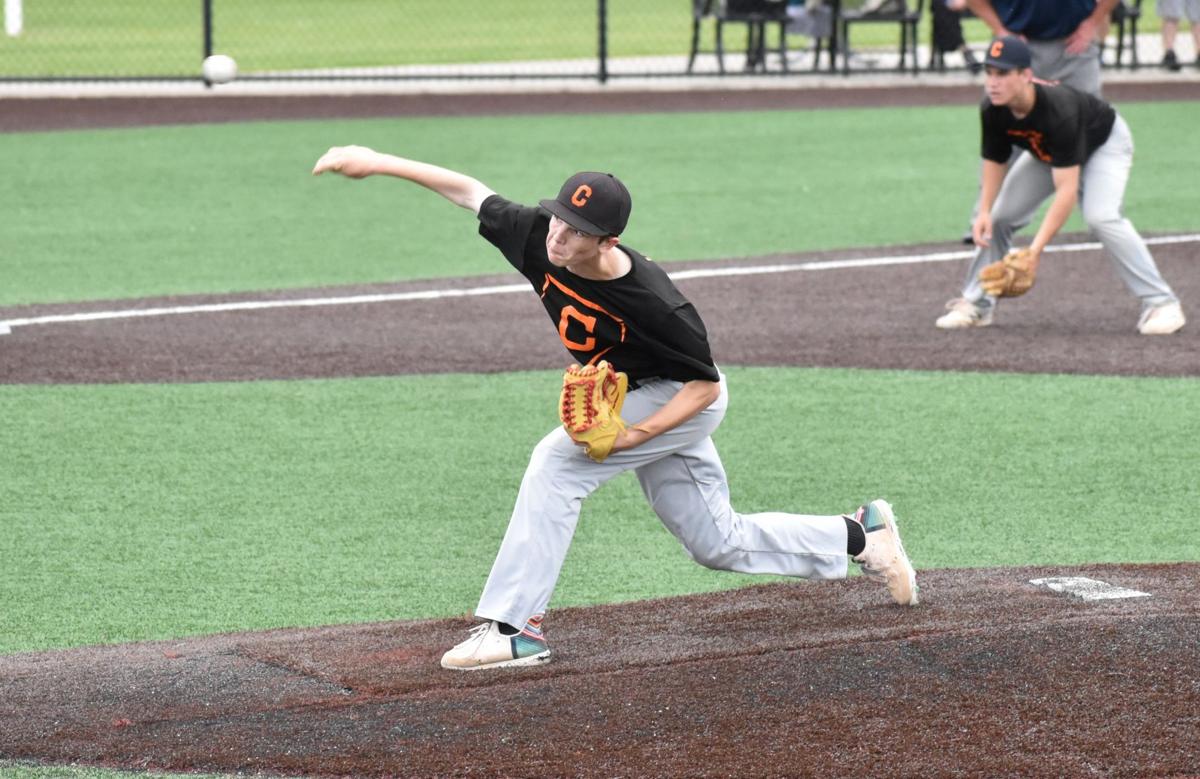 Cooperstown shortstop Kendall Haney slips while throwing to first base during the fourth inning of Saturday's state final at Binghamton University.

Cooperstown's Jesse Furnari turns to throw home after catching a ball in foul play during the fifth inning of Saturday's state final at Binghamton University.

Cooperstown third baseman Ryan Lansing throws to first base during the second inning of Saturday's state final at Binghamton University.

BINGHAMTON — Making one state final is difficult. Making back-to-back appearances is a sign of a real quality.

Ticonderoga flexed that quality Saturday at Binghamton University, getting a combined no-hitter from secondary and tertiary pitchers to deny Cooperstown its first baseball state title, 7-3.

"We didn't really get the bat on the ball today. We fought hard but it just didn't really happen for us," Cooperstown senior catcher Sam Bonderoff said. "Some days you get the bat on the ball and some days you don't. We couldn't make things happen, they did make things happen at the right time and racked up some runs. They're a good team that played a good game."

"I did not expect that. The two guys that pitched today have not pitched a live game since before Memorial Day," Ticonderoga coach Dan Dorsett said. "Russ is our stud and he's strong and he pitches the big games. But he is so strong that he finishes the big games."

Ticonderoga, 6-5 losers in eight innings against Avon in last year's final, got on the board in the top of the first as third hitter Nick Robarge-Greene hit a two-run home run to left-center field off Cooperstown starter Chris Ubner with one out in the frame.

Cooperstown replied with a run in the bottom of the first as Ryan Lansing reached third base on an infield throwing error, eventually crossing on Kendall Haney's ground ball to second.

"When we lost the coin toss I was not disappointed, because it is hard to be the team on the field first and throw the strikes and get out," Dorsett said.

Ticonderoga scored again in the third behind a two-out double from Robarge-Greene. DuShane followed with a ground ball up the middle that Haney ranged to grab before throwing to first, with a close call in favor of DuShane allowed Robarge-Greene to score from second.

Ubner, a sophomore, got into more trouble against the bottom of the Sentinels' order as the rain picked up in the fourth. A walk preceded a double by Monty Benedict and ninth hitter Carson Reeves notched a RBI with a sacrifice fly.

Ticonderoga followed with a RBI single and a RBI double to push the deficit to 6-1, ending Ubner's day with two outs and a runner on second. He totaled six earned runs, six hits, two walks and four strikeouts in 3 2/3 innings.

"The ball was slippery sometimes because the rain was on and off," Ubner said. "I think I may have left a few balls down the plate when I shouldn't have."

Kendall Haney got out of the fourth and held the Sentinels to one more run with a lone tally in the fifth, but the six-run deficit was too large for Cooperstown to overcome.

The Hawkeyes (20-5) showed the same resilience that saw them win 16 straight games after a 4-4 start, grinding out two more runs without a hit in the sixth. Lansing led off with a walk and took second on a balk, scoring on a ground ball by Haney that resulted in a throwing error. Ubner walked, causing Dorsett to pull DuShane despite the Hawkeyes still looking for their first hit.

Gautreau gave up a sacrifice fly to Ben Tafuro that drove in pinch runner Spencer Lewis, but escaped without further runs for Cooperstown. Sam Bonderoff's bloop over third base was just reached by DuShane, now playing third, and Alex Hascup popped up to end the rally.

"When you get outhit 10-0, it's tough but we were still in the ball game," Cooperstown coach Frank Miosek said. "They hit the ball and we didn't today. Kudos to them."

Cooperstown threatened again in the seventh as Furnari led off with a walk, prompting Dorsett to put DuShane back on the mound. The senior got Alex Hage and pinch hitter Sam Rhodes to ground out for two outs before Lansing walked. Haney drilled a line drive to right with two down, but a diving play ended the inning and handed the Sentinels the state title.

"He really hid the ball very well. It was not necessarily super fast but you didn't see the ball until really late," Bonderoff said of DuShane. "We were just slow getting there and weren't making solid contact."

The late-season surge comes after a young roster overcame poor weather and a slow start to the season. The Hawkeyes, who started four sophomores and two juniors along with four seniors in Furnari, Bonderoff, Tafuro and first baseman Eric Deysenroth, last lost on May 8.

"It just means a ton. For these younger kids, we were 4-4 and the confidence level wasn't there," Bonderoff said. "Making it this far I hope gives them the confidence to come out and say 'this is our field' next year."

"(These seniors are) five phenomenal young men. Not just in games but in practice, always positive and helping out the younger kids," Miosek said. "Whether they played or didn't play is not the contribution. It's how they impacted in a positive way every day from March 4 to June 15."

Cooperstown's five-member senior class, rounded out by Kyle Meyer, departs the program. But returning contributors have a chance to make it three final fours in four years after the Hawkeyes fell, 6-2, to Potsdam in the state semifinals in 2017.